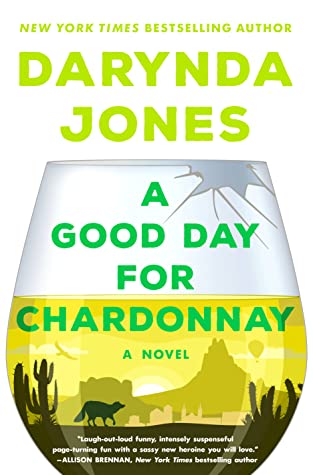 Running a small-town police force in the mountains of New Mexico should be a smooth, carefree kind of job. Sadly, full-time Sheriff—and even fuller-time coffee guzzler—Sunshine Vicram, didn’t get that memo.

All Sunshine really wants is one easy-going day. You know, the kind that starts with coffee and a donut (or three) and ends with take-out pizza and a glass of chardonnay (or seven). Turns out, that’s about as easy as switching to decaf. (What kind of people do that? And who hurt them?)

Before she can say iced mocha latte, Sunny’s got a bar fight gone bad, a teenage daughter hunting a serial killer and, oh yes, the still unresolved mystery of her own abduction years prior. All evidence points to a local distiller, a dangerous bad boy named Levi Ravinder, but Sun knows he’s not the villain of her story. Still, perhaps beneath it all, he possesses the keys to her disappearance. At the very least, beneath it all, he possesses a serious set of abs. She’s seen it. Once. Accidentally.

Between policing a town her hunky chief deputy calls four cents short of a nickel, that pesky crush she has on Levi which seems to grow exponentially every day, and an irascible raccoon that just doesn’t know when to quit, Sunny’s life is about to rocket to a whole new level of crazy.

Big girls don’t cry. They pop a couple Xanax, wash them down with vodka, and set a car on fire. If you are this girl, we can help. —SIGN AT DALE SAUL, ATTORNEY AT LAW

There is nothing in the world that makes me happier than diving in to a Darynda Jones book. If you haven’t read the first book in the series, I’d highly recommend doing so before reading book two because there will be major spoilers if you don’t, so fair warning before picking up A Good Day for Chardonnay.

“Deputy Cooper?”
“Yeah, boss?” he replied, panting close by.
“Are you conscious?”
“Yes.”
“Can you give me one good reason why I shouldn’t beat you to death with a feather duster?”
“I made you bacon the other day.”
Damn it.

Before I even got to the second chapter, I was already cracking up over the antics of Deputy Quincy and his love/hate relationship with a raccoon who is a lot smarter than him. Unfortunately, the raccoon isn’t the most dangerous Del Sol criminal that our Sheriff Vicram will have to contend with. Mystery, murder, and mayhem are afoot and Sunshine and Auri are on the case. Yup, mini Vicram has another case to solve too, and enlists her yummy boyfriend Cruz and friend Sybil to help her out. If this leads to Cruz sneaking over and vice versa, so be it. But this also means that Auri needs to get “the talk”.

“I’ve realized I’ve been putting off this conversation long enough.”
Auri paled. “You really haven’t.”
“I feel now is the right time.”
“It really isn’t.”
“We need to discuss the devil’s doorbell.”
Auri paused and tilted her head to the side. “The devil’s what?”
“You know. The button of bliss. The pushpin of pleasure.”
“Oh. My. God.”
“Satan’s socket.”
“I’m going to need so much therapy.”

When I say that I could not stop crying with laughter over this whole scene, I do not lie. I love the relationship between mom and daughter and every interaction with these two just fills my heart with warmth. They have such a special bond that has become even stronger since the revelations in book one. I also love that this book shows how much Auri is like her mom, which has her grandparents in a fit.

Sunshine is not one to be outdone, as she and BFF Quincy chase down leads over a mysterious stabbing that seems to lead to an old case that still haunts Sunshine. And all of this will bring her back to the biggest of all mysteries, her own past. Of course, let’s not forget the number one reason we are all reading, Levi and his abs….or is that just me? Levi is in the thick of all things, and Sunshine’s multiple “attempts” to “arrest” him just because, isn’t going to stop him from investigating what happened to get his friend stabbed. This, of course, leads to Sunshine and him butting heads. I love these parts. Who wouldn’t want him handcuffed, preferably to a bed? *wink*

“Look, what do you want in a relationship?”
She lifted a shoulder. “The usual. Someone I can share my life with who’ll leave me alone most of the time.”

All of this leads to a massive reveal and an ending that lead me to a very loud cry of “noooooo” as I realized I had finished and didn’t want it to end. This series has quickly become one that I need desperately to read and I am anxiously awaiting the next book already.