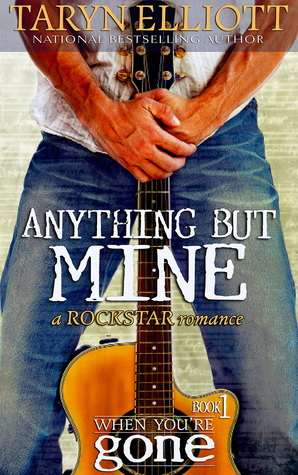 Rock star Logan King has come home to Winchester Falls for the annual Summer Festival. Only this time he's hauling a helluva lot more baggage than a few suitcases and vintage guitars. His closet contains more than the usual skeletons…and if he doesn't keep the door firmly locked, someone might get harmed. The specter of what haunts him forces him to turn away from anything more than one-night-stands.

Until Izzy and her topaz eyes finally give him a reason to try again.

Since moving to town Isabella Grace has found friends and a place to belong for the first time in her life. Running the Summer Festival is the perfect way to show how important her new community is. She just never planned on a whirlwind fling with a man too used to saying goodbye. Or to fall for a guy who has as many secrets as he does hit songs.

Logan is used to protecting himself, but protecting Izzy is all new territory. With everything that matters to him at risk, he refuses to let her get hurt—even if that means he has to walk away. For her own good.

Anything but Mine is the first book in the When You’re Gone trilogy which follows rock star Logan King and Isabella (Izzy) Grace roller coaster ride. Logan has come home to Winchester Falls for the annual Summer Festival with only two things in mind; music and escape. Escape a demon that haunts him at every damn turn. He’s only got one rule when it comes to being home; don’t sleep with a hometown girl. That idea changes when he meets Izzy. Problem is, while Izzy is attracted to him, she also finds him an annoyance and doesn’t want to get close. She’s in charge of making sure that the festival goes off without a hitch. Logan wants to change things up and make it a festival no one will forget.

“She probably hasn’t started the sewing the voodoo doll in your likeness. You should be ok.”

I do love the fact that the relationship between these two isn’t instant love like so many others. While everything happens in a span of a few days, the author makes it seem like much longer. There’s such a strong connection between the two and so much happening throughout. Both characters are hiding something and you can literally feel the tension. It did feel just a bit slow only because I was tense the entire time, knowing that something big was going to happen and it was driving me nuts because I needed to know what! And Holy Crap!! Not exactly what I expected and not disappointed that I waited to see it happen. Logan is a sweet and sexy rockstar, trying to stay sane while Izzy is strong and yet vulnerable at the same time. Both characters are likable, along with side characters such as Izzy’s friends Nic & Adam, the writing is solid even though a bit overly descriptive (I did not need to know that boob sweat was sexy), and while the book ends in a cliffhanger, it left me satisfied but wanting more. I immediately picked up the next book to continue because it was just getting good.

Tags: Anything But Mine, Taryn Elliot