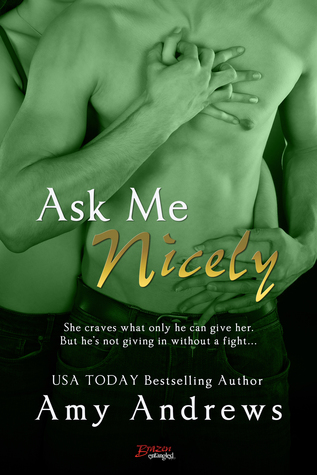 She craves what only he can give her. But he's not giving in without a fight... Veterinarian Sal Kennedy's lost her mojo and is desperate to get it back. In fact, as the anniversary of the tragedy that destroyed her life looms large, she'll do anything to erase the painful memories, including overdoing the tequila and making a pass at the most annoyingly inappropriate man on the planet. Fellow veterinarian Doyle Jackson is her flatmate and her employee and therefore strictly off-limits. Unfortunately, Doyle knows how to bring the goods and make her mojo sit up and beg. Doyle is only too happy to oblige Sal in her hour of need, but then she demands more, and she's perfectly happy playing dirty to get it. He wants more, too—more than just sex, that is, and it's something Sal's not willing to give. But Doyle is in this for the long haul now, and he's prepared to fight even dirtier to get what he wants. Even if that means they both keep losing all their clothes in the process…

“She got to him. He couldn’t walk away from her.”

Sal (Sally) Kennedy has lost her mojo…how can I not want to read this book with a description that starts like that?! Finished the book in a night and start to finish I was either laughing or sighing or teary eyed. Absolutely adored every second and it’s one of those books that you can easily reread just so you can experience it all over again. Sweet and funny, great writing and great characters. Loved the fact that in this case, the female is the serial dater who’s trying to seduce the male. Finally!!! So many books with the same premise of the guy seducing the girl that this was refreshing.

Sal is in a serious funk as of late but mixing a couple shots of tequila into the mix is probably not the best idea that she ever had. Added to the fact that her very sexy roommate/employee who just looks even more tempting after a few. One blurry eyed night and everything changes. Doyle has just the thing to revive her mojo but if she wants more, it’s going to come at a cost. He wants a date. All she wants is sex.

“So let me get this straight. You want to go on a date with me but you don’t want to sleep with me?”
“Give the woman a cigar.”

What’s a woman to do when she wants more? Up the stakes and see who breaks first. When the clothes start to fall off and the temptation gets too hot, will these two get together or will Sal push Doyle away from her? Because it isn’t just that Sal wants sex. She wants to forget her pain but when Doyle begins to see this, he’s willing to do whatever it takes to make her see maybe he can be the one to help her, not just physically but emotionally.

“There’d been something so desperate, so…aching and broken about her last night, it had called to every one of his masculine instincts.”

Can I also say, I will never think of fairy floss/cotton candy in the same way again? The author has a hell of an imagination that I feel like should run to find a couple dozen bags…possibly more. This book is a must have and I can not wait to see what else Amy Andrews has in store.