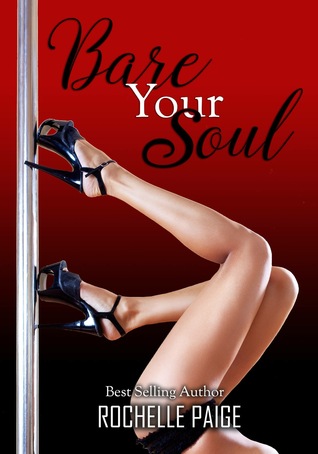 Angelica Rose's mom always told her that desperate times called for desperate measures. Walking into a strip club and asking for an audition certainly qualifies as desperate, but when her mom's battle with cancer ends months before Angelica is due to start college, she doesn't feel like she has much choice.

The moment Morgan Cadwell sees her on his stage, he knows she's the one woman who could make him break all the rules. There's no way he's going to let Angelica dance for other men, so he hires her as his live-in personal assistant instead.

Morgan's offer lets Angelica keep her clothes on...but little does she know that, in the end, he'll make her bare her soul instead.

After having lost her mom to cancer and a father who abandoned them year’s before, Angelica is getting desperate and running out of options. With college starting soon, she needs money to be able to continue and the only way to make enough money, and quick, is at a strip club. But when Morgan sees her on stage, he knows she’s his and no one was going to see her strip except him. He makes up a job as an assistant to keep her close and breaks his own rules by letting her into his personal sanctuary. While there is insta-lust between them, he seduces her slowly which is oh so sexy.

The novella is short but packed with heat, some intrigue, suspense, and lots of alpha hotness. I thoroughly enjoyed it and, while this was my first book by the author, I look forward to checking out more of her books.