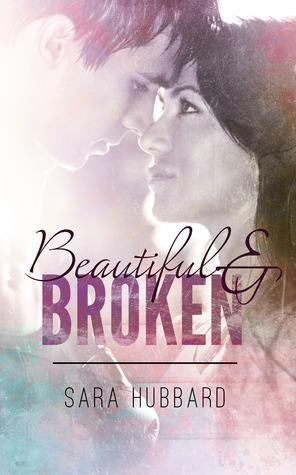 Molly's a hot mess and her life is falling apart.Just when she thinks she's about to get her happily ever after, her sister steps in to have an affair with her fiancé on her wedding day. Determined to bring Molly out of her funk, her friends take her out for a night on the town, only for her to go home with a professional boxer who pops in and out of her life when she least expects it. Her mother tries to push her back into the arms of her cheating ex, but forgiving Jason is the hardest thing Molly will ever have to do. And even if she can forgive him, does her happily ever after include her ex-fiance, or the charming boxer with a shady past?

Molly’s life, to put it nicely, sucks. No, let’s not put this nicely. At times, I was wondering if this poor woman had broken several mirrors and was on year one of her bad luck streak. Between finding her longtime boyfriend and fiancée cheating on her with her sister, a bitch of a mother, a horrible boss, a ripped dress, this list keeps going. This poor woman’s life is like an out of control circus. Seriously, when it rains, it pours. At times, it was almost too much to believe what this woman goes through!!

Then there’s Sawyer. I honestly don’t even know how to describe Sawyer. For the first half of the book, I didn’t like him. I felt like Molly was going from a volcano to a forest fire. I wasn’t even sure who was worse, Sawyer or Jason. Sawyer is a player, and a bit of a douche at first. When Sawyer and Molly decide to be friends, I was hesitant. But digging into Sawyer, he has a past that has tainted him to not allow people to see anything below the surface. Molly is finally someone who sees him as a friend and not even knowing his past, is willing to trust him.

More disasters, a couple of misunderstandings and a relationship that comes with benefits and this book was a rollercoaster of emotions for me. I felt so bad for Molly throughout the book, I was up in the air with Sawyer and absolutely loved Amy, Molly’s BFF. I wanted just a little more in the ending than I was given and I’m hoping that the next book is with Amy and shows Molly and Sawyer still progressing in their relationship or maybe a short novella with them.