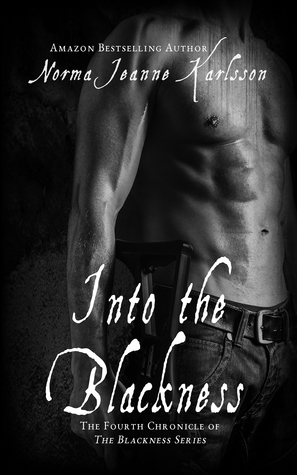 Cease being everything you’re trained to be in order to find who you’re meant to be…with. Nick Cooper is many things in life. He’s a vicious enforcer for a crime family. He’s a monster that tortures with a smirk tattooed on his lips. He’s an olive-skinned god, mysterious and captivating. He’s the best undercover field agent in the Domestic Crime Agency. He’s my partner for the next year. I have to play his wife which will test my abilities as an agent. Nick isn’t the type of man I’m used to dealing with. He’ll push me, tempt me, hurt me and eventually end up on the business end of a weapon I’m wielding. This mission will change everything I’ve ever known about people and myself. I can only hope I’ll survive it.Katherine Russell is many things in life. She’s a chameleon, able to change and adapt to any situation. She’s lethal…as lethal as me. She’s a golden-haired ray of sunshine. She’s the best field agent the Domestic Crime Agency has ever had. She’s my partner for the next year. No, she’s my wife. There are worse things in life than sharing a fake marital bed with a gorgeous woman for a year. Trust me. Kat’s more than a beautiful woman though, and I have the feeling she’s going to challenge me, battle me, infuriate me and test all the walls I’ve spent a lifetime building around myself. Our mission is to find and eliminate a human trafficking kingpin. It’ll be child’s play compared to the journey my new partner is going to take me on. If I can manage to shed the monster of my past I’ll no longer be pulled into the blackness. I’ll be able to bask in the light that glows from every pore of Katherine Russell.If only it were that simple.

Into the Blackness is Book 4 in The Blackness series and actually the first book I read by this author and the series. After having finished the book, I’m definitely one clicking the rest. I also had to remind myself while reading this that the agency they work for has their own set of rules that they play by and nothing gets in the way of what needs to be done.Katherine “Kat” Russell and Nick Cooper work for the Domestic Crime Agency (DCA) and are two of their top agents. They are assigned to pose as a married couple, raising their nephew Jake (another DCA Agent), to infiltrate a human trafficking organization that is being run out of a suburban neighborhood called Maybelle. Seems easy enough until they learn how long the operation itself might take and how deep undercover they must go. As Kat and Nick integrate their lives into Maybelle and Jake pretends to be high school student, he makes friends with some of the boys in the neighborhood. They quickly realize that the kids are emotionally and physically abandoned by their parents and take them into their own home, essentially adopting them. Kat and Nick begin to love the kids as their own and start having feelings for one another. “Group hug,” Cole bellows and runs into the room followed closely by Dane and Jake.The three take the remaining open parts of her body and squeeze the hell out of her until she giggles.Human trafficking takes a little bit of a step back and the story focuses on them becoming a family for about half the book. This didn’t really bother me because I started falling in love with the family dynamic of the story. We get a bit of Nick’s back story of how he believed himself in love once to his now best friend, how Jake has had trauma in his past that made him join the DCA straight out of High School and how Kat’s last Ops have hurt her. This was a fun, sexy, sweet, touching and towards the end, quite thrilling read and I can’t wait to read more. I’m so looking forward to Jake’s story.

Tags: Into the Blackness