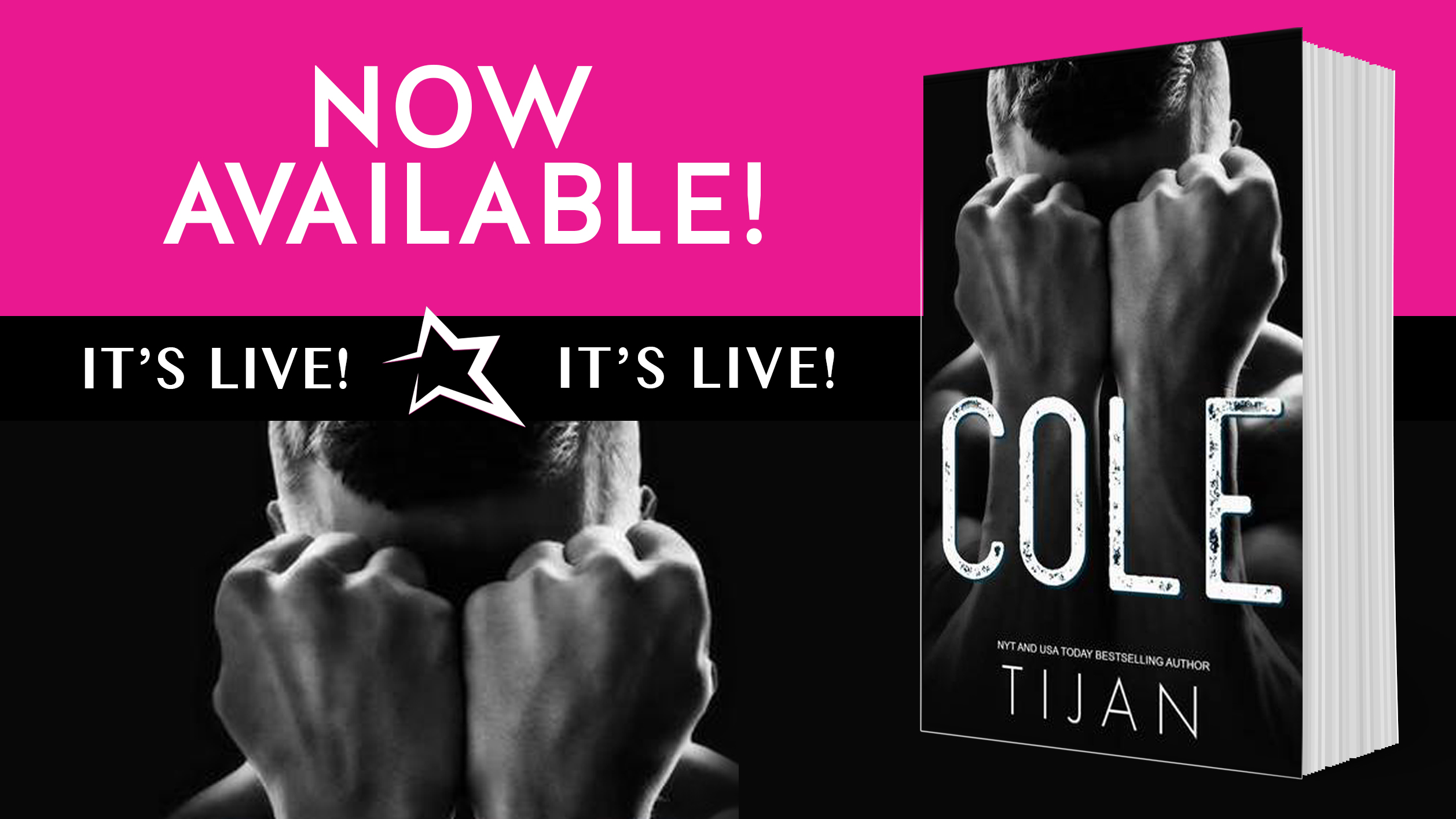 He was the leader of the mafia. I was about to fall in love with him, and his name…Cole Mauricio.

Cole by Tijan is NOW LIVE!

I shouldn’t have remembered him.
He was just a guy who walked through a restaurant. I didn't know his name. We never made eye contact. There was no connection between us at all.
But I could feel him.
The tingle down my spine. The command in his presence. The snap of tension in the air around him. That was the first time I saw him, and I was captivated.
The second time was different.
He was in the mysterious back elevator of my apartment building. Our eyes met for a fleeting second before the doors closed, and I was staggered. My breath was robbed. My senses on high alert. My body hummed.
That was just the beginning.
He was the leader of the mafia. I was about to fall in love with him, and his name…
Cole Mauricio

Once inside the elevator, I stood to one side, watching him. He returned my gaze.

We still did not touch.

My chest tightened, hoping no one would call the elevator at that moment. We sailed past the lobby, the second floor, and stopped at mine. I put in the code, and the doors opened to my home.

I drew in a breath, filling my lungs again. God, it was time.

Stepping out with shaky knees, I bypassed the light switch. The full moon lit up my entire floor. I went to the kitchen and paused at the island. “Did you want something to drink?” I caught sight of the tequila and wine on the counter. There was more than enough.

Cole stepped up behind me and followed my gaze. “Were you going to have a party?” he asked, his breath coating the back of my neck.

I shivered, closing my eyes for one delicious moment. “I stocked up. I thought a friend was coming over tonight.”

His hand rested on my back, nudging my sweater aside to touch my skin. “He?”

A faint smile showed. “I need to send her a thank-you card.”

I turned around, easing my back against the island. Cole placed his hands on either side of me, trapping me in place.

“Because she’s slightly obsessed with you, though she’s in love with someone else now. She could circle back,” I joked.

“When?” He leaned away, but his hands remained on the counter. It was like he was giving me breathing space on purpose.

“At Gianni’s. We went there the night I moved in.”

He didn’t move, but I could feel him pulling away. A protest started in my head, but I bit back the words. He didn’t reply. He was waiting for me instead.

I continued, “You came in with a bunch of men and went upstairs. That was it.”

His eyes narrowed. “Did you talk to anyone?”

My forehead wrinkled. “Sia networked with the hostess. They exchanged cards. Sia said the girl was a model. She recognized her from the Gala. That was it. Oh, well, another server sat with us for a drink later on. But they mostly talked with Sia about the Gala and about photographers—stuff like that.”

He relaxed, his hands loosening their hold on the counter. I was scared to ask what he was so worried they’d told us.

“I don’t know who you are.” I lifted a hand, placing it on his chest. His heart was racing, just like mine. My mouth parted in surprise. “If that’s what you’re worried about.”

He glanced down at my hand and held still. He was thinking something over. I held my tongue, worried it was me, that he was second-guessing this night for us. I wanted to tell him there was nothing to worry about, but it sounded ridiculous. I really had no idea. So I waited it out, my heart pressing against my rib cage.

When he looked back up, the hunger was in his eyes again—dark, primal, and more evident than ever. He took my hand and leaned in, closing the distance between us. With his other hand, he cupped the side of my face. “I wasn’t second-guessing this. I want you to know that.” His touch was tender.

“What were you thinking about?”

“Something else, but it wasn’t you.”

“This is one of those moments where you wish you could tell me, but you can’t? Not yet?”

The corner of his mouth lifted. His eyes moved from mine to my lips. “Something like that, yes.”

“Mmmm-hmmm,” I started to tease, but then his head dipped down, and his lips were on mine.

I gasped. The pleasure was immediate. His mouth was gentle, but as he felt my body’s reaction, he applied pressure. His touch grew more demanding, then I was kissing him back. I wanted more. Someone groaned. That was me.

His hand slid around to the back of my neck. He held me in his grip as his mouth explored mine, opening over me and slipping inside. My hands grasped his shoulders, just holding on. All I could focus on was his tongue. I met his with mine and reveled in the sensation. But it wasn’t enough. Need shot through my whole body.

My hands slid under his shirt and moved over his back and shoulders. His body was just as powerful as his presence. I felt the shift of his muscles. They trembled under my hands. The feeling was intoxicating. I had power over him, and I wanted more. I wanted to see how much power I actually had.

Pulling back, I studied him.

He was panting lightly. So was I.

I could see him wondering what I was going to do, so I reached back to the counter and started to lift myself. His hands caught the backs of my thighs, and he lifted me the rest of the way. Now sitting on the edge of the island, my legs parted, and he was back between them. His mouth went right to mine.

I couldn’t get over what I was doing. I didn’t care.

I didn’t think I would care the next day, the day after, or however long this lasted. I had no clue. I only knew I had one night. One long night. 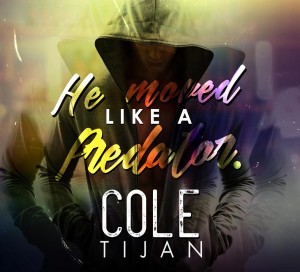