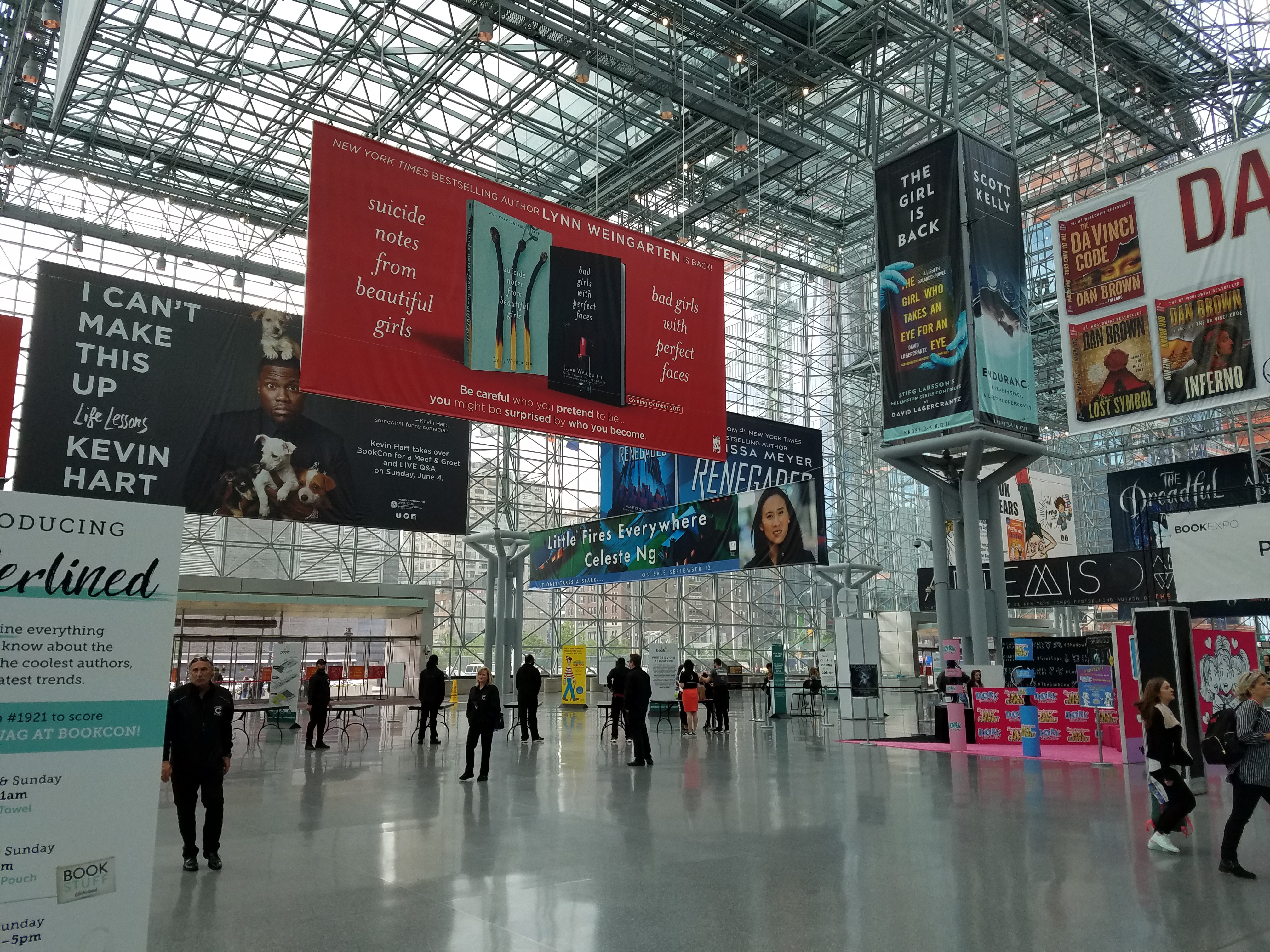 Book Con 2017 has come and gone and the haul is currently nestled in its rightful places on my book shelves while I decide which to read first. So I thought while I was debating, I would gather my thoughts on how 2017 Book Con ranked to past years. The short answer, I’ve had worse years (2014, I’m looking at you.) The longer answer, it could have been better, way better. While I got a nice assortment of ARCs that I will definitely read and review, the highly anticipated books were never in my grasp.

VIP tickets were worth it. Being a bit handicapped after 3 knee surgeries has not been fun so being able to unload my stuff and not have to worry about getting there at 6am to get in to the Con floor was phenomenal. Would do so again in a heart beat.

Entangled and Harlequin Teen booths, you were the absolute bomb. Everyone was so nice, well organized, and the list of amazing books being handed out plus all the great goodies of bookmarks, buttons and totes, just wonderful. I will be stalking you guys next year. Well done, and thank you for all the amazing books. Meeting Meg Kassel was a highlight because this is her very first book being released and the fact that she was so shocked that so many people showed up for her signing was adorbs. She was so sweet, I immediately started reading and got hooked. Can’t wait to sit down and finish this one. 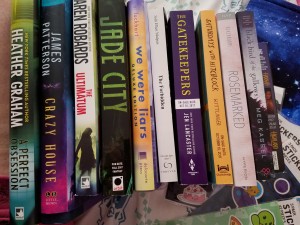 AWESOME FIND: These interactive stories. Holy crap. Things you did not know you needed in your life until you find them. Gladly paid for these. 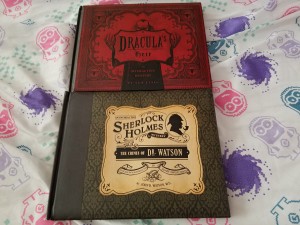 The autographing area was not as good as it could have been. If your ticket said it was a free signing, people were going up to booths thinking that books were free. Apparently not. I’m not sure who misunderstood the definition of free but that wasn’t it. Plus, the fact that many of the lines were not organized and staff was confused did not help. A 5:15 signing ended up having to wait for a friend until nearly 7. The floor closed at 6. They were dimming the lights on us and trying to shoo us out when we had two friends who were still waiting for their books to be signed. Plus, if the ticket says you can only get 3 books max signed, please don’t allow 6-10! Yes, this did happen.

THE OLD: ReedPop, can you please, someday, for the love of all that’s holy, have an app and a website that sync to one another and work? You had multiple people who could not log in to My Show, couldn’t see the booth numbers on the app or even see a floor map. Get it together guys. It would be nice to have a working one for Comic Con one year. Just saying.

Penguin/Randomhouse. Le sigh. Just…what the hell guys. I’ve had some great years with you guys. Great books of years past. Made friends with some of the booth ladies. Nice people. Even ticketed events were great. What in the world happened this year!??! Years past, you would either get a ticket in the very beginning of the show or put people on a line, cap it, and then give those there a ticket. That’s it. This year? No crowd control. People screaming, conventioneers not moving when they were being told. It was horrendous. My most anticipated books were all Penguin. After being screamed at to get away from the booth, we gave up. The stress was not needed. This was as close as I got. Plus, you have to wonder, how many are actually going to read and review the book to get the hype out on what people should be picking up. Know your audience, organize yourselves, please. 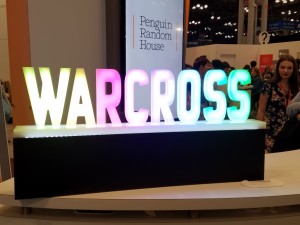 And then there was…

Why oh why, as a fellow book lover, knowing how badly other people wanted a highly anticipated book, grab 3 freaking copies of the same book, not allowing another person to have it who was there. Then log in to the app asking for trades or money. No. Just no. That sucks. I went with four people. We all got our own copies of stuff and even had only one copy of several of the books which we’ll probably swap and trade after reading. I got more books than I brought home but those books that I didn’t want or I wasn’t going to read, I left in a corner at the Javitt’s. Let someone else enjoy the book they may have really wanted. Don’t be that guy. Be cool.

To those who decided to actually get their autographed books and sell them on eBay, *Bleep* you. How dare you. You’re the reason we can’t have nice things. Please, do not buy these books and encourage that behavior. It’s a smack in the face to the authors who offered their hard work to you and spent the time signing hundreds of books and meeting readers, hoping that people will like their books, tell all their friends about the book and maybe leave a review. So very wrong guys.

So I hope you enjoyed my thoughts on Book Con. I’m already planning out next year’s con and tickets haven’t even been sold. Hope to see you there.