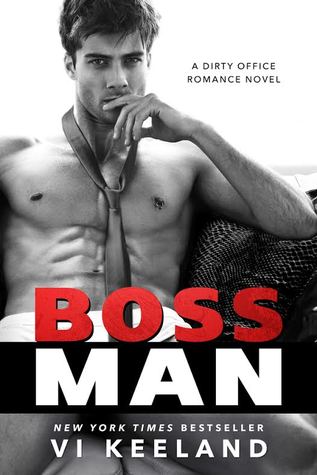 I was hiding in the bathroom hallway of a restaurant, leaving a message for my best friend to save me from my awful date.

He overheard and told me I was a bitch, then proceeded to offer me some dating advice.

So I told him to mind his own damn business—his own tall, gorgeous, full-of-himself damn business—and went back to my miserable date.

When he walked by my table, he smirked, and I watched his arrogant, sexy ass walk back to his date.

I couldn’t help but sneak hidden glances at the condescending jerk on the other side of the room. Of course, he caught me on more than one occasion, and winked.

When the gorgeous stranger and his equally hot date suddenly appeared at our table, I thought he was going to rat me out.

But instead, he pretended we knew each other and joined us—telling elaborate, embarrassing stories about our fake childhood.

My date suddenly went from boring to bizarrely exciting.

When it was over and we parted ways, I thought about him more than I would ever admit, even though I knew I’d never see him again.

I mean, what were the chances I’d run into him again in a city with eight million people?
Then again…

What were the chances a month later he’d wind up being my new sexy boss?

Chase-fucking-Parker. Drool. Let’s start this review honestly. Did you see that cover? Be honest and say it? Many of us looked at the cover and said “I want it” even before reading the blurb. My eyes did the cartoon wolf eyeballs and the full on “awooga” noise. Yeah, I’m not ashamed to admit it. But the fact that it’s Vi Keeland writing, and that blurb, yeah. I needed this book in my life.

If I were to describe this book in three words, they would be funny, sexy, and heart-warming. It’s a second chance at finding love sort of romance. I didn’t expect to get teary eyed when reading certain parts of this book. Chase Parker had my heart in a tight grip and damn if he didn’t want to keep hold even after I finished. Bossman is told in duel POV’s and I just loved it because we get moments into Chase’s past that leads him up to how it’s affected his relationships. Until he meets Reese and happens to crash her very boring date. Chase may describe Reese as nutty but he takes the cake for sure. I was giggling. Like, out loud and not ashamed of it giggling, throughout the book. The stories that just come out of his mouth are too much. But neither one of them would ever suspect that they would meet again or that he would become her boss.

“Go inside before I change my mind and you’re up against the door instead of behind it.”

The attraction that sparks between these two is palpable. Chase is not afraid to show that he wants Reese and wants to see where it can lead but Reese, having been burned before and having him be her boss no less, doesn’t want to take the chance that they could crash and burn. No matter how hot the fire between them is.

“So what were you saying? You liked his persistence? That it was a turn-on?”
“I swear, if he pushed me up against the door of my office, I’d have no willpower. Him being the boss is why I’m keeping away from him, yet his bossiness totally does it for me.”
Jules was grinning like a Cheshire cat.
“What the hell is wrong with you?” When she just kept on smiling, I knew. I knew. “He’s standing right behind me, isn’t he?”

Chase is not one to be denied. I mean, I know she has good reasons why she should but damn, that was some will power on Reese’s part. He’s such a flirt. A very dirty flirt. And the sexual tension between them. SWOON. When they finally get together, oh the heat. Explosive. Chase is a “fan yourself like a southern lady” hot. Geez, even the kisses are panty melting. These two were meant to be. They opened up to one another and everything is laid out on the table between them. But when Chase’s world is turned on its head and he tail spins, Reese will have to pull out all the stops to make him see that he is all she needs and that the darkness in his past can be overcome.

“I’m attracted to everything about you-you’re smart, honest, funny, brave, a little nutty-and you make me smile for no reason. There’s no denying I want you in my bed. But I want this too.” ~ Chase

Run. Run and grab this lovely, dirty, sweet, emotional, funny, read. I just loved it so much.