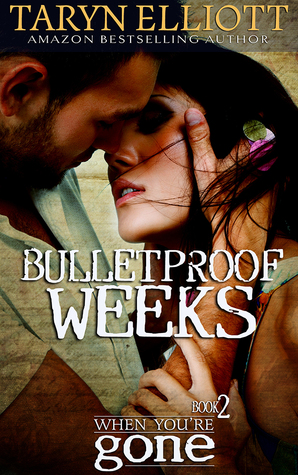 Being a famous rock star for almost two decades means putting his life on display. But for the last two years Logan King has dealt with the uglier side of fame. When his stalker escalates to issuing veiled threats against the first woman he's allowed in his life, Logan locks down and shuts Izzy out. His stalker isn't just anyone—she's as famous as he is with a financial reach that makes her infinitely more treacherous. Falling for Logan King wasn't part of Isabella Grace's plans and their spectacular public breakup didn't make it easy to move on. Whispers and pitying looks from people in her small town send her fleeing from the first place that finally feels like home. Her solace becomes her travel for work, but the niggling sense that someone is watching her follows her from city to city. When she begins to unravel the secrets that surround the man she still loves, she discovers her personal security detail and demands answers. And they all point to Logan. Letting him back into her life comes with many more challenges–and rewards–than she could've ever dreamed. But loving a man like Logan comes at a dangerous cost. One that has a lasting effect that could echo into all their tomorrows.

“There’s this woman that has me going crazy. I can’t work, can’t eat, can’t sleep if she’s’ not near me.”
“Sounds like a helluva important woman.”
“The single most important person in my life.”

Bulletproof Weeks is book two of When You’re Gone and should be read in order since it picks up where book one leaves off. It’s been months since Logan and Izzy’s fateful day that ended their relationship and pushed them into a spiral of misery. Izzy has been doing her damnedest to forget him by throwing herself into her work and flying all over to secure books for her business. Logan however, has been keeping his distance and still keeping an eye on her to make sure that she is protected at all times. Izzy is one smart cookie and starts to get the feeling that she is watched and it all ends in hilarity when she realizes that she’s being spied on. Poor bodyguards lost some of their polish when dealing with Izzy. She turns into a firecracker in this book and I seriously think I loved her more than I did in book one. I think she toned down a bit on the freckle obsession that she has in the first book too, which was funny, but a little distracting. You can see that her character has grown and her strength shines in this one.

When she confronts Logan, my heart hurts for both of them. Logan, for believing that he was doing the right thing by pushing her away (typical male) and Izzy for trying to wrap her mind around the fact that Logan hurt her to protect her (I seriously wanted to hit him). But there is no denying that while he is terrified of Izzy being in danger, his true fear is of losing her to someone else. While they don’t know each other for very long in the first book, at no point does their relationship feel rushed or that they’re pushed together for the sake of the story. There is never a question in my mind that these two characters are not meant to be with one another. Their relationship is done that well. The author does an amazing job showing how much love these two have for one another.

“Dammit, Izzy. You’re everything I ever wanted. Strong, sexy, and God, yes, the most beautiful woman I’ve ever known. Or will ever know.”

Damn but these two go through so much in this second book. I loved these characters even more now, not to mention all the wonderful second characters that have just as much depth as the main ones. And that ending left me speechless. Alright, so there may have been a multitude of “Holy crap!!” pouring out of me when I finished and a desperate need for the next book. I don’t know how I’m going to be able to wait for the end of March for the last book.