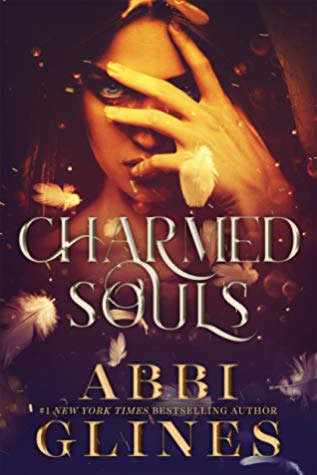 They say blood is thicker than water, but I was never proud of mine. A female born into the Kamlock bloodline was destined to possess three things they couldn’t change—a crazy as hell mother, an unfair amount of beauty, and a Charmed soul that was as black as night.

All a Kamlock woman ever desired in life was to use her beauty to destroy wealthy men and take their riches. A century had passed since a generation of Kamlock sisters had been anything other than gold diggers.

All I ever wanted was to be free of them. I knew I couldn’t change my cursed birth, but I could change its legacy. I had a job, I had friends, and I was slowly gaining my independence.

Until Rathe Scott crashed into my life and tore it apart.

He made me feel what I had spent my entire life never wanting to feel. He brought out a darkness I’d not known was inside me. And just when I thought I was becoming everything I had sworn I would never become…

Let me first say, I really love Abbi Glines Rosemary Beach series and was looking forward to her take on a paranormal story.

Catalina Kamlock was born into a family of evil witches. The story had some serious Cinderella vibes with some Chilling Adventures of Sabrina. Her mother and sisters could give Cinderella’s a run for their money. The Kamlock women possess extraordinary beauty and power. They are gold diggers who love to marry rich men and then basically destroy their will to live. Cat strives to not be like them. Disgusted by their evil, Cat just wants to be, well, human. She hides her beauty and avoids relationships. But when a mysterious stranger comes into her life, everything that she thought she knew about her family and herself is about to change.

The first in the series, Charmed Souls is a lot of world building and establishing characters which left me with a lot of questions that I am still unsure if I care enough that they are answered. Cat spends so much time suppressing her powers, the story sort of repeats itself over and over again. She’s beautiful but hates it, she doesn’t want a relationship, her family is evil and don’t care about her. Lather, rinse, repeat. The old cliche of the guy best friend obviously loves her but she doesn’t know and the mysterious, sexy new guy who she should stay away from but doesn’t. The characters all felt a bit flat to me.

The story definitely picks up when she finds out who the mysterious guy is and actually says screw it and uses her power but then it was over and I was left with a cliffhanger. All that aside, it was an okay read and I may pick it up once the last book releases. I liked the premise so I’m hoping now that we’ve gotten past the lack of actually using her powers, we can get to the good stuff.