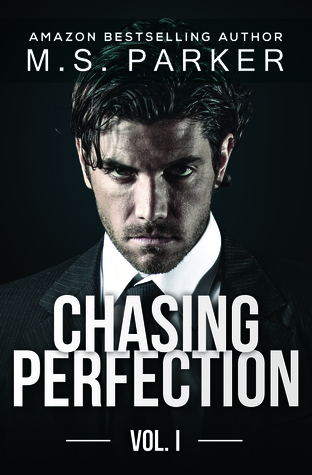 They all think they can sleep their way to the top - blondes, brunettes and redheads. That is, until they meet me. My name is DeVon Ricci and I’m an asshole. At least they all seem to think so. But I don’t give a shit because they never last long. Two or three weeks tops, then they're gone. Not that it matters. There’s always another talent waiting to take a seat on the casting couch, but I've yet to find what I'm looking for. I know what I want and I won't settle for less. I'm always chasing perfection.

The embodiment of the American dream, DeVon Ricci had come to America from Italy when he was a teenager and then, with hard work and perseverance, had worked his way up in a cutthroat industry to emerge as the head of one of the top talent agencies in Los Angeles. Now it looks like he has everything he could ever want, except for the perfect woman.

The fabulous MS Parker does it again! Another steamy, scorching read will have you panting for more. The Club Prive series featured the very sexy Gavin and the lovely Carrie. Now, we have Krissy, Carrie’s BFF. I loved Krissy and I am so happy she finally gets her story told. She’s smart, sassy, sexy and stubborn. Krissy is turning her life around and decides that a serious change is in order and interviews for a new job in Hollywood where she meets Devon, her potential new boss. Devon is a sexy, domineering asshole and I love him. The sex scenes were blistering and the plot is thickening as both Devon and Krissy try to fight an undeniable attraction to another.

This might be a short read but it leaves nothing to the imagination. Well written, great flow and I can not wait for the next book.