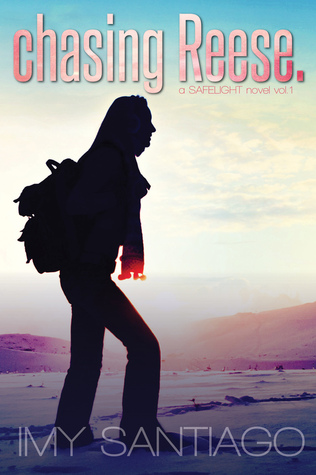 Everything in life is not permanent but it was perfect. Catalina Pardo had a career in journalism most people could only dream of, a hot, sexy fiancé to call her own and a brilliant future ahead of her. When tragedy struck, the life she once knew fell apart. Four years later, traumatized by the events that ultimately changed her existence, Catalina sets herself on a punishing work schedule, preventing herself from facing the demons of her grief-stricken past. Emotionally shut down, she’s alive but not living because everyone she ever loved leaves her.

Fate intervenes in Catalina’s life in the form of a last minute assignment to a snowy mountain lodge in Whistler, B.C. Sent there to cover the life of the infamous Jackson Reese; an Olympic Snowboarding Champion, she is faced with many challenges bringing to surface the raw emotions of her past. Compelled to work alongside Stryder Martynus, an award winning photographer brought in to document the Reese press tour, tensions and denial run high forcing Catalina to accept the past and face the present with zero regrets.

Ever read a book that you did not want to stop reading? One that, you wanted to finish because you needed to know what happens but wanted to slow down and savor because you didn’t want it to end? Chasing Reese was that story for me. Imy Santiago’s debut book touched me deeply. The author has such a way with words, I actually couldn’t believe it was her debut book.

“This woman, with her curves and sass, insecurities and bravado, intrigues me. The more I know her, the more I want her.”

Catalina Pardo is a woman who has gone through an intense tragedy of losing the love of her life and their unborn child in an accident caused by ice on the road. For four years she’s closed herself off to the possibility of love and moving on. All that changes when she’s forced to face her fears while on assignment to interview a Olympic snowboarding gold medalist and daredevil, Jackson Reese. She had no way of knowing that a chance meeting on a plane with an enigmatic stranger would change her world.

Stryder Martynus, a sexy and talented sports photographer stopped letting women getting too close to him after his fiancée burns him. All that changes when a sexy raven haired stranger falls asleep on his shoulder. He’s intrigued by her beauty and spirit and sparks fly between the two almost immediately. He is a guy who knows what he wants and he doesn’t want to let Cat get away.

“As long as I live, I will strive for Catalina’s happiness, no matter where this road takes us. She told me she wouldn’t take me down a road I could not follow. But I love Catalina’s, and I’m chasing after her.”

Neither suspect how closely they would have to work together and how their attraction would continue to grow.

“Sometimes you find things you aren’t looking for in the most inexplicable of places. Sometimes those things have the power to deliver change, to make you feel the happiest you have felt in your entire life. And that is precisely what Catalina Pardo has done to me.”

They’ve both come to Canada to cover Jackson’s snowboarding feats and get the background story as to his crazy stunt at the Olympics. Stryder is Jackson’s best friend and the three form a bound of friendship and love that had me loving this story. Jackson, a troubled soul who struggles with alcoholism and Catalina, who’s intense fear of the snow cripples her, lean on one another and open up to their fears. These two are thick as thieves and become like brother and sister. I loved that Jackson was a sweetheart and their was more to him than a cocky guy who knows he’s the best at what he does. He pushes Cat to face her fears and turns her fear into a love of snowboarding as well.

The friendship between the three main characters had me laughing and smiling to the end. Cat is a sassy Latina, littered with fears. Her emotions yo yo at times but they were warranted. She feels herself falling for Stryder but fears losing another piece of her soul if she gets too close and loses him. Stryder is wary of falling in love, having already been burned by his ex fiancée but he can’t stay away from Cat. And Jackson, sweet Jackson. Who’s raunchy words hide a sweetness of a kid trying to hide his own demons. I loved Jackson so much and I can’t wait for his story. The story does end with a cliff hanger but gives us a glimpse into the next book that wetted my appetite and left me desperate for more. The author has a fantastic debut on her hands and I can not wait to see more from her.