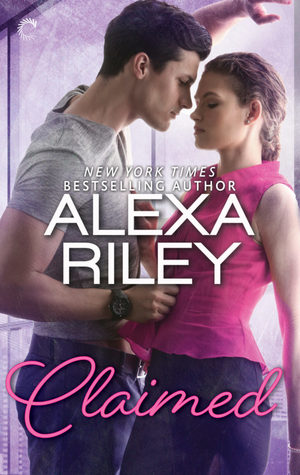 Jordan Chen is the man behind the screen. As part of the elite security team for Osbourne Corporation, he has an iron grip on protection, all without having to make close connections with people. Until he meets the beautiful Jay, and suddenly his quiet life doesn't seem so perfect anymore. He needs more. He needs her.

A workaholic to her core, Jay Rose doesn't have a lot of men in her life. Smiling in the face of her enemies gets her the results she wants at work, but doesn't exactly project a warm, welcoming vibe. So she's surprised when the enigmatic security expert strikes up a friendship with her—surprised but flattered, and maybe a little bit turned on.

A company as powerful as Osbourne Corporation has powerful enemies, and when Jay becomes a target, Jordan realizes there's nothing he won't do to bring her home safe.

There’s nothing that I love more than a romance story by Alexa Riley. The For Her series has been an absolute favorite of mine and I loved finally reading about Jordan and Jay. Two equally awkward, endearing characters, that believe the other has put them in the friend zone and unsure how to express that they would like to be more. Eeepp!!!

When we finally get the characters on the same page and they go on their first, oh my God! I laughed. You have to read it yourself because it was just too funny and I don’t want to spoil a really epic moment.

The book is interconnected with the first two in the series and you will see the other characters in the book. They are each stand alone stories but you should definitely read, especially if you love this one as much as I did. The longer Alexa stories have lots of steamy scenes, intermingled with some drama but nothing over the top that overpowers the main theme of Alexa’s stories. Her focus is really the relationship between the characters, finding that soulmate and happily ever after between the two. They’re just great, pallet cleansing reads and this book was just absolutely divine. Both characters are just too adorable for words, the story is hot and sweet and I refused to put it down until I was done. I love the additional epilogues that we get and catching up with the other characters as well. I need more Alexa Riley books!! Five, adorably sweet love story, stars.

“You’re not the kind of woman that gets one night. You’re worth a lifetime.”

Tags: Alexa Riley, Claimed, For Her