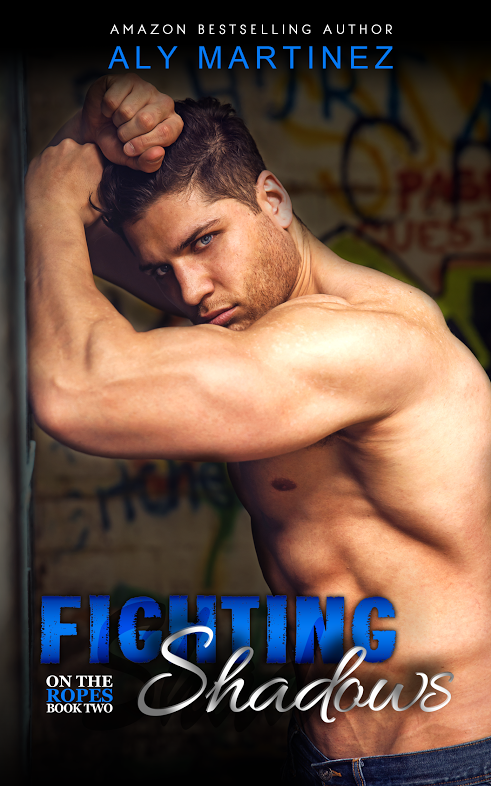 “Where the fuck have you been?” a man’s voice growled as soon as I entered the conference room.

My eyes flashed to his for only a single second before I recognized them. The door had barely clicked behind me but I already wanted nothing more than to bolt. My heart raced and my mouth dried.

I had to get out of there.

“Um…” I stalled, giving myself time to formulate a plan.

“Sit. Down,” he ordered, pushing out the chair next to him, but there was no way I was getting that close.

“I’m good,” I said, taking a step backwards toward the door.

“Don’t even think about it,” he snapped. “I swear to God, if you so much as open that door…” His words may have trailed off, but the threat was clearly stated.

I swallowed hard, and slowly walked to the chair farthest away from him, perching on the very edge—waiting for just the right moment to escape.

He looked down at the name badge around my neck and quirked an eyebrow.

“You can call me Tori if it’s easier.” I tried to fake a smile, but it only seemed to infuriate him. He took several calming breaths, which did nothing to dampen the blaze brewing in his angry eyes.

“I’ve been looking for you, Ash.” He snarled my name.

“Oh, yeah? Well, mystery solved. Here I am.” I pushed back to my feet, but was halted when his fist pounded against the table. I jumped as my whole body flinched from the surprise.

When the room fell silent, I slowly looked back up to find him staring at me with a murderous glare. Even sitting down I could tell he was huge, and as he held my gaze, the tense muscles in his neck and shoulders strained against the cotton of his grey Henley. He blinked at me for several seconds before finding his voice again.

“You live in a homeless shelter,” he stated definitively, as if the words told a story all of their own.

And maybe they did.

“I work at a homeless shelter,” I quickly corrected.

Only he corrected me just as fast. “In exchange for a permanent place to live…In. A. Homeless. Shelter.” He enunciated every single syllable.

I looked away, because it was the truth.

A truth that I hated.

But the God’s honest truth nonetheless.

Tears welled in my eyes and I battled to keep them at bay.

My life was hard, but him being there made it infinitely harder. If I could just escape that room, I could disappear again. It wasn’t ideal, but neither was him showing up.

“I want you to leave.” I lied with all the false courage I could muster.

“I can’t do that. You stole something of mine.”

“Look, I don’t have your book anymore.”

A knowing smirk lifted one side of his mouth. “Liar,” he whispered, reaching into the chair beside him, revealing the tattered book and ceremoniously dropping it on the table.

My eyes went wide, and without a conscious thought, I dove across the table after it.

Not even he could have it.

Just as quickly as the book appeared, he snatched it away and grabbed my wrist.

I slid off the table and tried to pull my arm from his grasp. It was a worthless attempt though because even if he had suddenly released me, his blue eyes held me frozen in place.

“I had to,” I squeaked out as the tears streamed down my cheeks.

“Three. Fucking. Years, Ash. You took something that belonged to me.” He released my arm and pushed to his feet.

My mouth fell open and a loud gasp escaped as he took two impossible steps forward.

Pinning me against the wall with his hard body, he lifted a hand to my throat and glided it up until his thumb stroked over my bottom lip. Using my chin, he turned my head, and dragged his nose up my neck, stopping at my ear.

Sucking in a deep breath, he released it on a gravelly demand. “And I want her back.”

If only I could have trusted them.