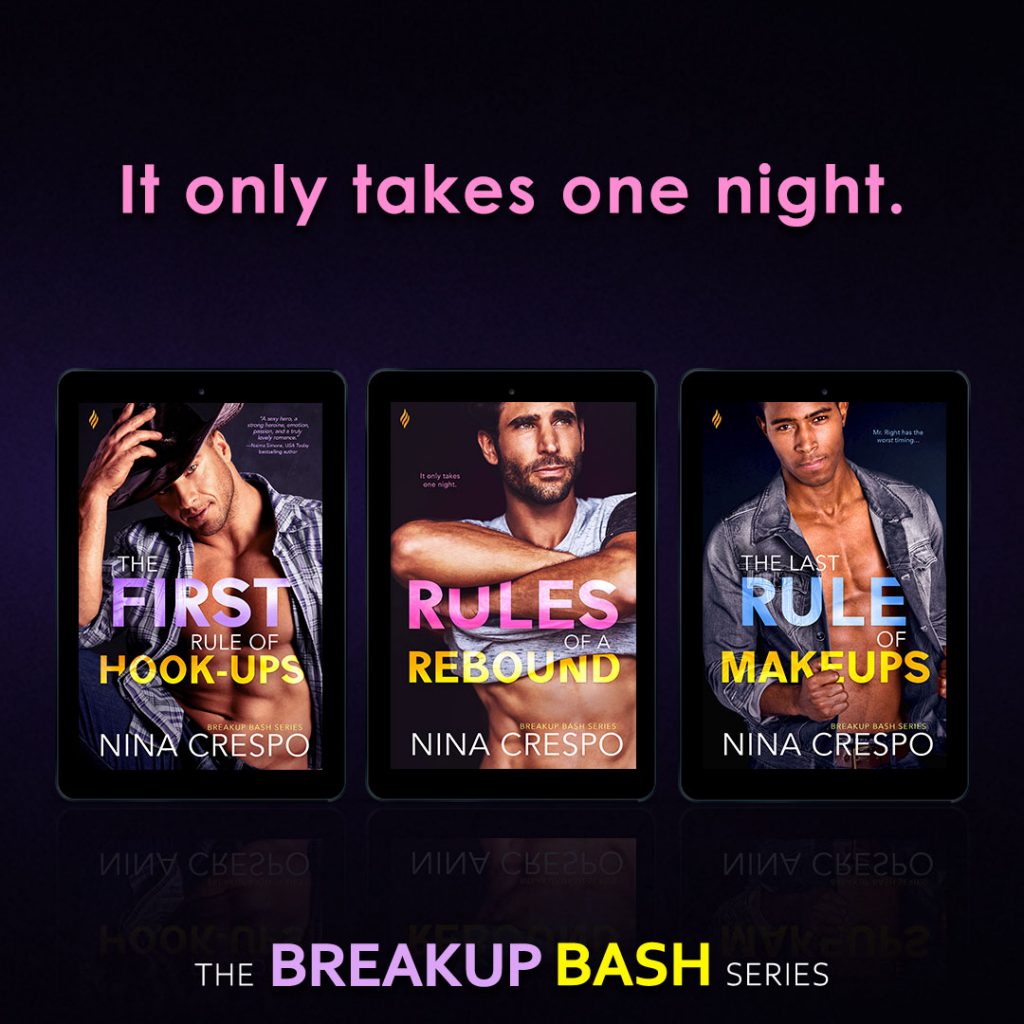 Mr. Right has the worst timing.

Nina Crespo is sharing the new covers in her BREAKUP BASH series—check it out and be sure to pre-order THE LAST RULE OF MAKEUPS today!
~*~

About THE LAST RULE OF MAKEUPS:
Cori Ross is thanking her lucky stars. Sure, her long-time boyfriend just dumped her, but that’s a good thing. In her rush to find Mr. Right, she realizes she almost settled for Mr. Just Okay. And that’s definitely not okay. So, tonight, she’s out with her friends at the Breakup Bash—a private party for women celebrating their break-ups—and she’s actually celebrating. Still, it was too close a call. So she makes a deal with herself—no guys for six months.

Unfortunately, just as she’s leaving the club, she runs into her old boyfriend, Grey Latham—the guy she’d always wanted to be Mr. Right. Great. What a time to swear off guys. Maybe she needs to change the deal—no relationships for six months. There’s no reason why she can’t have a fling, right? Because Grey still holds the title of the best sex she’s ever had.
There’s no way this could go wrong. Grey is on his way to international DJ fame—he’s only in town for a short time, and then he’ll be gone again. No harm in burning up the sheets while it lasts.
Too bad neither expected what happened next…
~*~