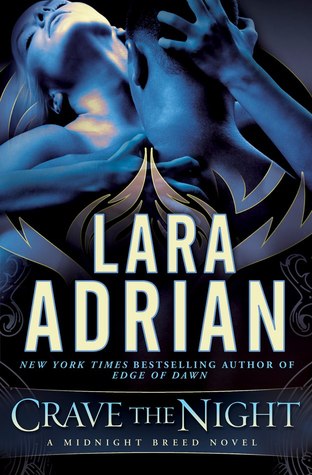 Born and raised to be an emotionless killing machine, Nathan is one of the most lethal Breed vampires in existence. A key member of the Order—an elite group of warriors charged with protecting both mortals and vampires—Nathan executes each mission with flawless precision and a total lack of mercy. Now he must pursue a powerful, hidden enemy. But Nathan’s hard discipline and training are no match for the fierce pull he feels toward a young woman he has no right to desire—a woman of wealth and high social standing who has long been promised to another Breed male, and who may also prove to be the key to rooting out Nathan’s elusive quarry.

Jordana lives a life of glittering privilege as a member of a prominent Breed family in Boston. Surrounded by fine things and fawning admirers, Jordana wants for nothing—until she crosses paths with a dark, intense warrior from the Order and finds herself swept into an impulsive, sizzling kiss that neither of them will forget. As much as she tries to deny her deep feelings for Nathan, Jordana cannot resist the craving to be near him, to break through his forbidding walls and see the man he truly is. But getting close to Nathan will thrust Jordana into a treacherous new world, forcing her to risk all she has and all she knows about herself and her past. And loving this seductive man could be the most dangerous temptation of all.

One kiss will change everything.

Lara Adrian’s Midnight Breed Novels just keep getting better. Crave the Night is number twelve in the series and finally gives us Nathan and Jordana’s story and I absolutely loved it. Nathan has been born and raised to be an emotionless killing machine, shown to reject any type of affection or be punished for it. All that changes when he meets Jordana.

“The massive Breed warrior was a study in darkness and intensity, from the severe cut f his military-style ebony hair, to the impossibly brad shoulders that topped a body honed of pure muscle and powerful, deadly menace.” Sigh, butter, meet skillet. How can you not fall in instant lust with a description like that?

Jordana leads a privileged life, sheltered by her father, with every aspect of her life controlled. Until the day she impetuously kisses Nathan. Then everything changes and although she tries to deny her feelings, she can’t seem to resist him.

“Yeah, maybe I should make you scream for me,” he uttered against her skin. “I want to very male in this building to know that you belong to me. Only me.”

Filled with suspense, drama, romance and hot sex, this is another winner. As Nathan gets closer to the truth as to who bombed the summit, it begins to start pointing to people in Jordana’s life and puts her in danger and Nathan will do anything to keep her safe. Nathan knows how to keep her safe. Now he just needs to learn how to let her in.

Nathan “I wish I were a better man for you.”