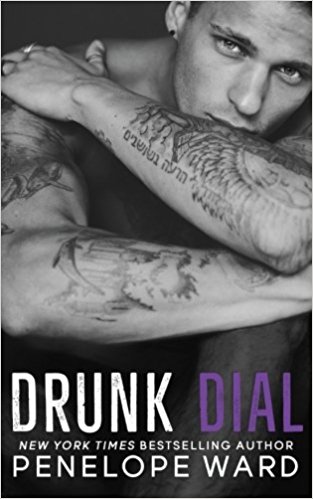 It seemed like a good idea at the time. Look up Landon Roderick, that boy from childhood whom I’d never been able to forget—even though he so easily forgot about me—and call him.

Then again, anything sounds like a good idea when you’ve had a little too much wine before bed, right? It was supposed to be just a quick, meaningless, prank call. Instead, I went off on him—unloading thirteen years of pent-up emotions.

I didn’t think he’d call me back.

I certainly could never have anticipated the weeks of sexually tense phone conversations that followed as I got to know the man he’d become.

Turned out, Landon had never really forgotten me, either. That special connection we had was still there. I opened up to him, but there were also things about me he didn’t know. And he had his own secrets.

Over the countless hours we talked on the phone, I wondered what would happen if we actually saw each other. One night, I did something impulsive again. Only this time, I went to the airport and booked a ticket to California. We were about to find out if one phone call could bring two lost souls together or if my drunk dial really was all just a big mistake.

*ARC received by Inkslinger in exchange for an honest review*

“Who’s this?”
“This is my girl, Ace. She just doesn’t know it yet.”
A wonderfully sexy, second chance, friends to lovers, rom-com that I loved and devoured every word in less than a day. I seriously couldn’t put it down.
Rana is a funny, quirky, a little dorky, belly dancing heroine who is quite a bit lost when it comes to what she wants to do with her future. One night, and one too many sips of the bubbly, she ends up calling a ghost from her past, Landon Roderick, one of her very best childhood friends and someone who has always been in the back of her mind. Summoning up some liquid courage, Rana calls Landon up and chews him out. Thus begins a series of hilarious conversations between these two, especially all the oddities that always seem to happen to Rana. But when they start connecting on a deeper level, opening up as to what happen between the years they weren’t together, Rana begins to get scared. Surely this intense chemistry and reconnection can’t be real?
These two characters are more broken than they first appear and as the feelings begin to blossom and grow between the two, some secrets come to light, insecurities are revealed, and Rana and Landon are going to have to decide if they are strong enough to deal with their past in order to have a future together.
This was a wonderfully sweet, slow build up of a romance between two vulnerable characters. I loved their conversations and that sort of easing into a relationship between the characters. It was beautifully written and so funny that I could not stop smiling even when I was done. There was one odd character that is introduced that I’m not entirely sure how he fits in to the story as a whole and his story line ended weirdly for me but everything else was so perfect, and it was just another kooky thing in the book. All in all, I think Ms. Ward has another wonderful book on her hands that I would highly recommend.
“So, I wanted to surprise you with something when you got here. I figures what better thing to take our mind off leaving California than a freshly bare girlfriend…so I went for a Brazilian bikini wax.”
“Are you shitting me? That’s amazingly hot. You’re bare right now?”
“Not exaclty.”
“What happened?”
“The woman got called away for an emergency in the middle of my appointment, so it sort of looks like my hoo-ha has a Mohawk.”