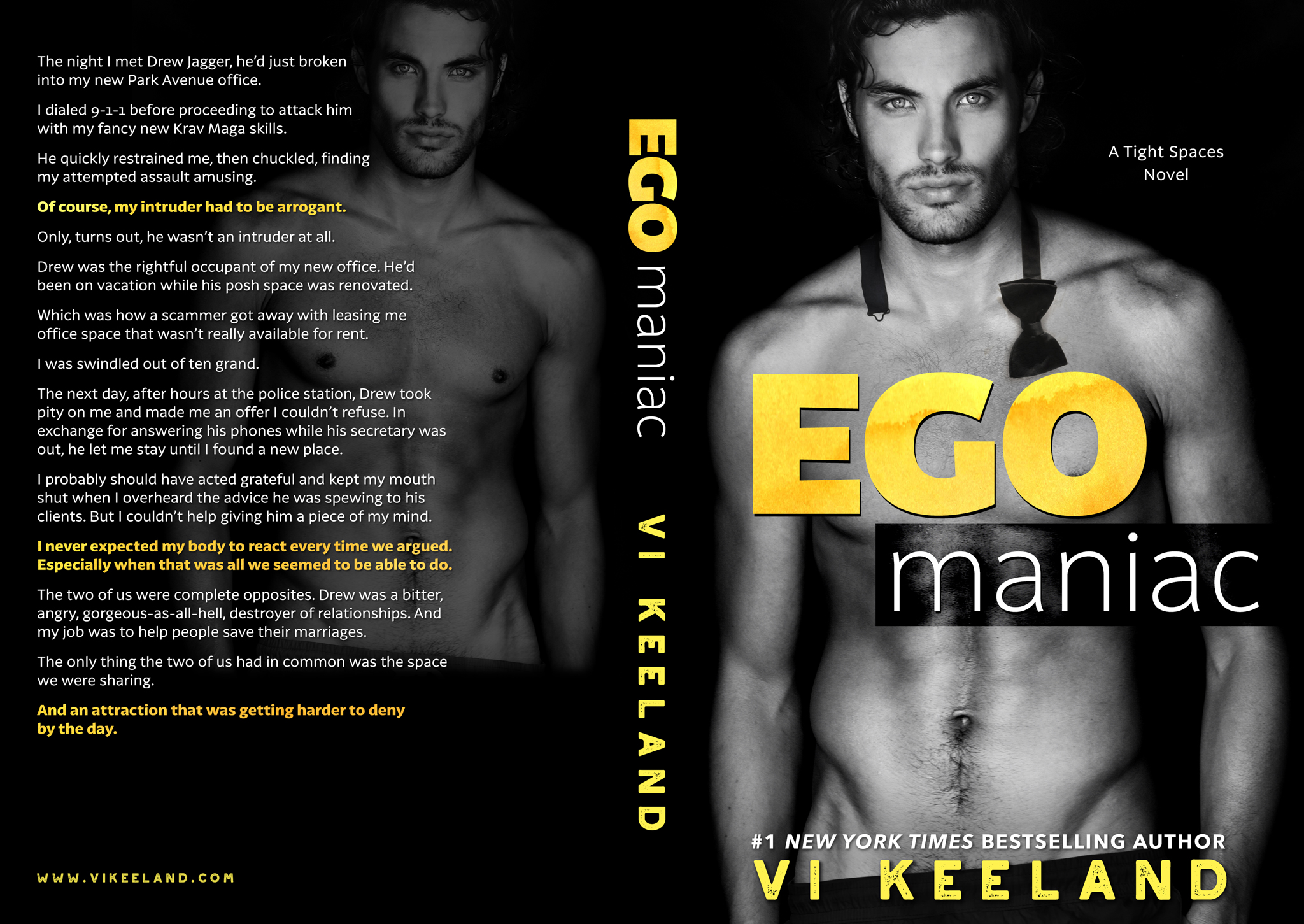 The night I met Drew Jagger, he’d just broken into my new Park Avenue office.
I dialed 9-1-1 before proceeding to attack him with my fancy new Krav Maga skills.
He quickly restrained me, then chuckled, finding my attempted assault amusing.

Of course, my intruder had to be arrogant.
Only, turned out, he wasn’t an intruder at all.

Drew was the rightful occupant of my new office. He’d been on vacation while his posh space was renovated.
Which was how a scammer got away with leasing me office space that wasn’t really available for rent.
I was swindled out of ten grand.

The next day, after hours at the police station, Drew took pity on me and made me an offer I couldn’t refuse. In exchange for answering his phones while his secretary was out, he’d let me stay until I found a new place.
I probably should have acted grateful and kept my mouth shut when I overheard the advice he was spewing to his clients. But I couldn’t help giving him a piece of my mind.
I never expected my body to react every time we argued. Especially when that was all we seemed to be able to do.

The two of us were complete opposites. Drew was a bitter, angry, gorgeous-as-all-hell, destroyer of relationships. And my job was to help people save their marriages.
The only thing the two of us had in common was the space we were sharing.
And an attraction that was getting harder to deny by the day.

*ARC provided by author  in exchange for an honest review.*

If I could describe this book and how it made me feel when I finished, they would be enamored and enchanted. Feisty Emerie Rose and Drew Michael Jagger had my heart from the get go and I could not stop reading until the wee hours of the morning.

“I’d like to report a robbery.”
“Robbery?” I arched an eyebrow and looked around. A lone folding chair and crappy metal folding chair were the only furniture in the entire space. “What exactly am I stealing? Your winning personality?”
She amended her complaint to the police. “A breaking and entering. I’d like to report a breaking and entering.” She paused and listening. “No, I don’t think he’s armed. But he’s big. Really big. At least six feet. Maybe bigger.”
I smirked. “And strong. Don’t forget to tell them I’m strong, too. Want me to flex for you?”

Emerie Rose comes from Oklahoma to New York to open a marriage counseling office. Unfortunately, Emerie is swindled and Drew, the actual owner of the office, steps up to help her out and offers to share the space with her. I mean, how could he not, after he gets a look at her figure and falls into instant lust with her. But Drew is in for a surprise. While he’s a bit of a cynic about happily ever afters, him being a divorce lawyer and all, Emerie’s mission is to try and keep married couples together. Working in the same office, these two have a back and forth banter that had me laughing out loud so many times.

“Do you usually order lunch? I’m afraid to go out and miss the delivery.”
“Sometimes. What are you in the mood for?”
I shrugged. “I don’t care. I’m not picky.”
“How about Indian food? Curry House is a few blocks away and delivers quick.”
I scrunched up my nose.
“You don’t like Indian food?”
“Not really.”
“Okay. How about Chinese?”
“Too much MSG.”
“Sushi?”
“I’m allergic to fish.”
“Mexican?”
“Too heavy for lunch.”
“You do understand what the phrase ‘I’m not picky’ means, right?”
I narrowed my eyes at him. “Of course. You’re just picking weird stuff.”
“What would you like to eat, Emerie?”
“Pizza?”
He nodded. “Pizza it is. See? I’m not picky.”

I think Drew is taken by surprise by Emerie because not only does he lust for her, he begins to like her as a friend too and they are such opposites that it’s comical. At the same time, Drew wants her and isn’t wiling to stop trying to get her into his bed.

“When was the last time you actually had sex?”
She laughed, almost choking on a piece of shrimp this time. “Excuse me?”
“You heard me. Sex. When was the last time you had it?”
“You already know my history. I haven’t had a relationship in almost a year.”
“You meant a sexual relationship. I assumed you said that, you meant you hadn’t dated anyone consistently in that long.”
“I haven’t.”
“You do know that not all relationships need to be more than sexual?”
“Of course I know that. But I need more than just a one night stand.”
“Like what?”
“I don’t know. Off the top of my head, I need to feel safe with the person. I need to be physically attracted to them. We need to be able to get along after the act… If it’s purely sex, that’s okay, but we both need to have that understanding.”
I nodded. “Those are all fair… How do I apply for the job?”
“The job?” She seemed really confused. I thought I was pretty damn clear.
“Of sexual partner. I think we should have sex.

Emerie starts having some serious feelings for Drew, especially as he begins to open up as to some of his past. I think the best part of the book was the surprise twist which I am not going to reveal because it’s honestly one of those things that the reader need to experience for themselves because I didn’t see it coming but endeared me even more to Drew.

Honestly, I am in love with most Vi Keeland books but this one is now my top. The characters had me charmed from the first page and teary eyed in the last. I’ve found my first favorite read of 2017!

“You have three seconds to get out of my office. Otherwise you’re giving me permission to do whatever I want with you.”
I swallowed. My voice broke as I held his gaze. “I came in here to yell at you.”
“I like it when you’re angry.” He paused. “One.”
“You like it when I’m angry?”
“I find it turns me on. Two.”
“You won’t do anything at three if I tell you to stop.”
He inched even closer. “Of course not. You trust me. But you won’t tell me to stop.” He paused. “Last chance.”
I stood frozen as he counted off his last number. “Three.”
Before I could object, his mouth crashed down on mine…

Swoon! My recommendation: pick this up ASAP!!