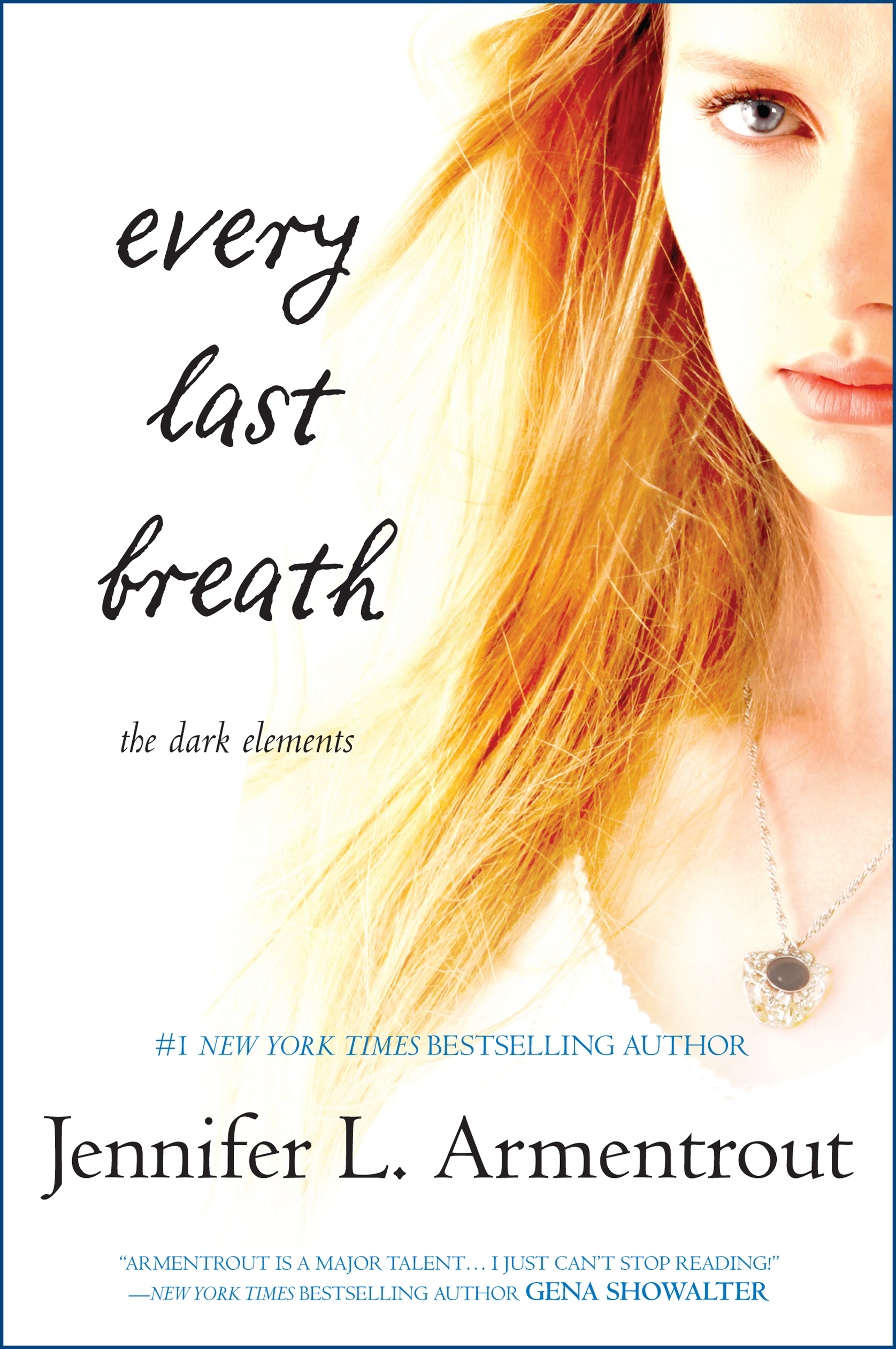 Some loves will last ‘til your dying breath

Every choice has consequences—but seventeen-year-old Layla faces tougher choices than most. Light or darkness. Wickedly sexy demon prince Roth, or Zayne, the gorgeous, protective Warden she never thought could be hers. Hardest of all, Layla has to decide which side of herself to trust.

Layla has a new problem, too. A Lilin—the deadliest of demons—has been unleashed, wreaking havoc on those around her…including her best friend. To keep Sam from a fate much, much worse than death, Layla must strike a deal with the enemy while saving her city—and her race—from destruction.

Torn between two worlds and two different boys, Layla has no certainties, least of all survival, especially when an old bargain comes back to haunt them all. But sometimes, when secrets are everywhere and the truth seems unknowable, you have to listen to your heart, pick a side—and then fight like hell…

“Oh my God!” This time my hand connected with his arm. “You’re going to be in so much trouble, Roth! So much trouble.”

He shrugged a shoulder. “Defended myself.”

“Defended myself.” I mimicked him, bopping my head back and forth. “You can’t just go around killing Alphas, Roth!”

“You killed those angels?” Stacey asked, so I guessed she did remember them.

“Roth!” I shouted, backing away before I started choking the ever-loving life out of him. “This is not a joke. You—”

He was damn fast when he wanted to be. One second he was several feet away from me and the next he was there, clasping the sides of my face. He lowered his head so he was eye level with me. “There are rules, Shortie.”

“Rules that even the Alphas have to abide by. They cannot attack me without physical provocation. If they do, they tick the Boss off, and then the Boss retaliates in a way that makes what the Lilin could do look like child’s play. I’m not just some random demon. I’m the Crown Prince. They took a swing at me, and I defended myself. End of story.”

But he had provoked them—maybe not physically, but he wasn’t an innocent bystander in this. As the shock ebbed, there was a different kind of bitter pill to swallow. What if Roth had gotten his rules wrong? What if more Alphas were even now on the way to avenge their brethren?

“I’m going to be okay.” His eyes held mine as he stepped closer, lining his booted feet up with mine. “Nothing is going to happen to me. I promise.”

“You can’t make that promise,” I whispered, searching his gaze intently. “None of us can.”

His hands slid back and he curled his fingers in my loose hair. “I can.”

Those two words were like throwing down a gauntlet to the whole universe. I lowered my gaze as he dragged my hair back, tucking both sides behind my ears. It was then, as he slowly withdrew his hands, that I remembered we were not alone.

I jerked back and my gaze collided with Zayne’s. For a moment, I let myself really see Zayne. I hadn’t almost killed him. I had almost done something much, much worse than that. When a Warden lost their soul, they turned into a horrific creature. I knew that for a fact, because I’d seen what had happened to a Warden after their soul had been taken from them. I’d almost done that to Zayne, and he was still here, standing by my side.

A hole opened up in my chest as I saw the keen wariness in his stare. My stomach twisted something awful and I opened my mouth, but I didn’t know what to say. My heart and head were suddenly tearing in two very different directions. Fortunately, I didn’t get the chance to say anything.

“I leave you alone for a few hours, and you let Thumper fry and eat an Alpha.”

Yelping, I spun around as Stacey screamed. Cayman stood in the center of the destroyed living room. He’d come out of nowhere. Poof. There. He wore dark trousers and a white dress shirt he appeared to have gotten bored with when it came to buttoning it up, and his blond hair was loose around his angular face. When it came to the demon pecking order, Roth had once explained that as an Infernal Ruler, Cayman was middle management. He was kind of like the demon-of-all-trades, and I had a feeling he was more than just a…um, coworker of Roth’s. Whether Roth claimed it or not, they were friends.

“That was quick,” Roth commented, folding his arms across his chest.

Cayman shrugged. “It’s a sign of the times, man. It’ll probably be on some Alpha’s Facebook wall within the hour.”