A Cry For Help

It only takes one phone call and Navy SEAL Drake Avery is rushing back to Tennessee in the middle of the night. His sisters are in danger and he will do whatever it takes to protect them.

Now is not the time for a relationship, but damned if Drake doesn’t cross paths with a smokin’ hot kindergarten teacher named Karen Eastman. Miss Eastman has Drake thinking naughty thoughts when he needs to have his head in the game. He never thought he’d be hot for teacher.

Demons from the Past

Part of the hell of going home is that you know everyone, and they know you.  Just when you think you can trust someone, they can turn on a dime.  Old and new enemies are thrilled to discover Drake has a beautiful new weakness:  Karen.  But messing with the women in his life, is a mistake.  You mess with the bull, you get the horns.

“Now, I want you to tell me all about yourself.  Starting with how you met my father, what kind of relationship you have with the sheriff, and how you ended up in this car scaring the piss out of my sister’s baby girl.”

Drake held onto his gun with his left hand and with his right, he reached over the front seat and wrapped his big hand around the man’s scrawny neck.  “You wanna re-think your answer?”

The man wheezed.  Both of Fred’s hands came up to try and yank Drake’s iron finger’s away from his throat.  It was no use.  Finally, he gave up, his eyes bulging.

“Nod if you’re going to answer my questions.”

The man gave the best nod he could under the circumstances.  Drake dropped him back into the front seat of his car.

“Prison.  I knew your old man from prison.  We done time together a couple of years ago.”

“He got ahold of you awfully fast considering he just got out three days ago.”

“Huey.  Huey called us.  He told us ole Norville was getting sprung.  He rounded us up.”  Great, it was a family affair.  His dad’s cousin Huey was in on things.  He’d always hated that fucker.

Drake punched him in the back of the head.

The man let out a loud yell.  “Are you trying to kill me?” he asked as he tenderly touched the spot where Drake’s fist had landed.

“I don’t know everybody.”

The guy was a moron, Drake wanted to hit him again just to see if it would jumpstart his brain.  “Give me the names you do know,” he gritted out.

“There’s Al, he did time for trying to steal a car.  But it was an unmarked police car a block away from a police precinct.  He’s none too bright.”

“Leslie is a man, even though he has a girl’s name.  He don’t like it when we try to call him Les.  He got beat up a lot in prison.  I personally think he liked it.  Getting beat up, that is.  Then there’s Snake.  He’s with the brotherhood.”

Drake thought he knew what he was talking about, but he wanted to be sure.

“You know, the Aryan brotherhood.  He’s a Nazi.  He says next month he’ll have more guys coming.”

“Why is Huey so hellbent on recruiting guys to help my father?”

“It’s the other way around.  Norville tells Huey what to do.  Your dad and his cousin used to own this town.  Huey’s been trying to keep things together, but Norville says he’s going to own the county with all his contacts.”

“How does the sheriff figure into all of this?”

“Snake told me that he doesn’t want to get his hands too dirty, he just wants kick-backs, so Huey’s been paying him and a judge off.”

Drake swallowed hard to keep the bile down.  Just what kind of family tree had he fallen out of?  And where the hell was Huey hiding out, because he sure as hell hadn’t been at the homestead last night.

“This your car?”  Drake could see the man consider lying.  He knocked him on the same spot on the head.

“Ow.  That hurts.  It’s my aunt’s car.”  Drake would bet anything that his aunt didn’t know Fred had it.

“Fred, you’re going to head back to Kentucky tonight.  If I see your ass in Tennessee again, I’m going to kill you.  Do you hear me?”

“Huey’ll kill me if I leave.”  Drake set down his gun on the backseat, leaned over the front seat, grabbed him by the throat and used the thumb of his other hand to dig into the goose-egg on the man’s head.  He was gratified by Fred’s scream.

“I’ll go.  I’ll go.  Please stop.”  Drake waited a moment, then he felt tears hit the hand that was holding onto Fred’s throat.

“Give me your gun and I’ll let you loose,” Drake promised.

What a dumbshit.  He’d had his gun where it wasn’t readily available.

“Open the driver’s side door and get out of the car when I let you loose, Fred.  Then go to the hood of the car and assume the position.”

“I’ll do anything.  Just stop hurting me.”

More tears hit Drake’s hand.  He released Fred and prayed he wouldn’t make a play for the gun in the glovebox.  Not that he’d have a problem subduing the asshat.  Nope, he just wanted Fred to be conscious and able to drive back to Kentucky in the next ten minutes.

Fred opened the car door and was soon pressed spread-eagled over the hood of the car.  Drake leaned over the front seat and pulled Fred’s pistol out of the glovebox.  He then got out of the car and frisked Fred and found a switchblade in his boot.

“Pop the trunk of the car,” Drake directed, wanting to see if there were any more weapons.

The smell of body odor assaulted him when the trunk opened.

“My God man, haven’t you heard of deodorant?” Drake demanded.  It had been rank in the car as the man sweated, but the pile of dirty laundry made him gag.

“I was going to go to the laundry-mat,” Fred defended himself.

“Just get home to Kentucky and burn your clothes, you can’t save them.  If I see you here again, you’re going to be the first one I target.  Are we clear?”

“Yes.  I’m leaving town now.  Can I have my gun?” he asked, proving just how stupid he was.

Drake shook his head and pointed to the open car door.  “You’ve got one minute for me to see taillights.  Otherwise you’ll be wishing Huey was here.”

Fred stood there looking at him.

“One, two, three,” Drake started counting, and Fred scrambled towards the driver’s seat.  He hit his knee against the door.  Once again, Drake had to listen to him whine.  Fred gunned the car trying to get it to go.  It was obvious the parking brake was on, but that didn’t stop him from continuing to press on the accelerator.  God, he’d be lucky to make it out of Sevier County, let alone back home to Kentucky.  Finally, Fred figured out his problem and the car lurched forward, and he did a fast U-turn.  It had taken longer than the allotted time, but Drake always gave extra consideration to the chronically stupid. 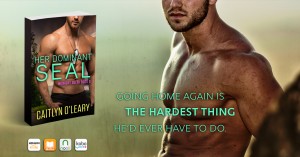