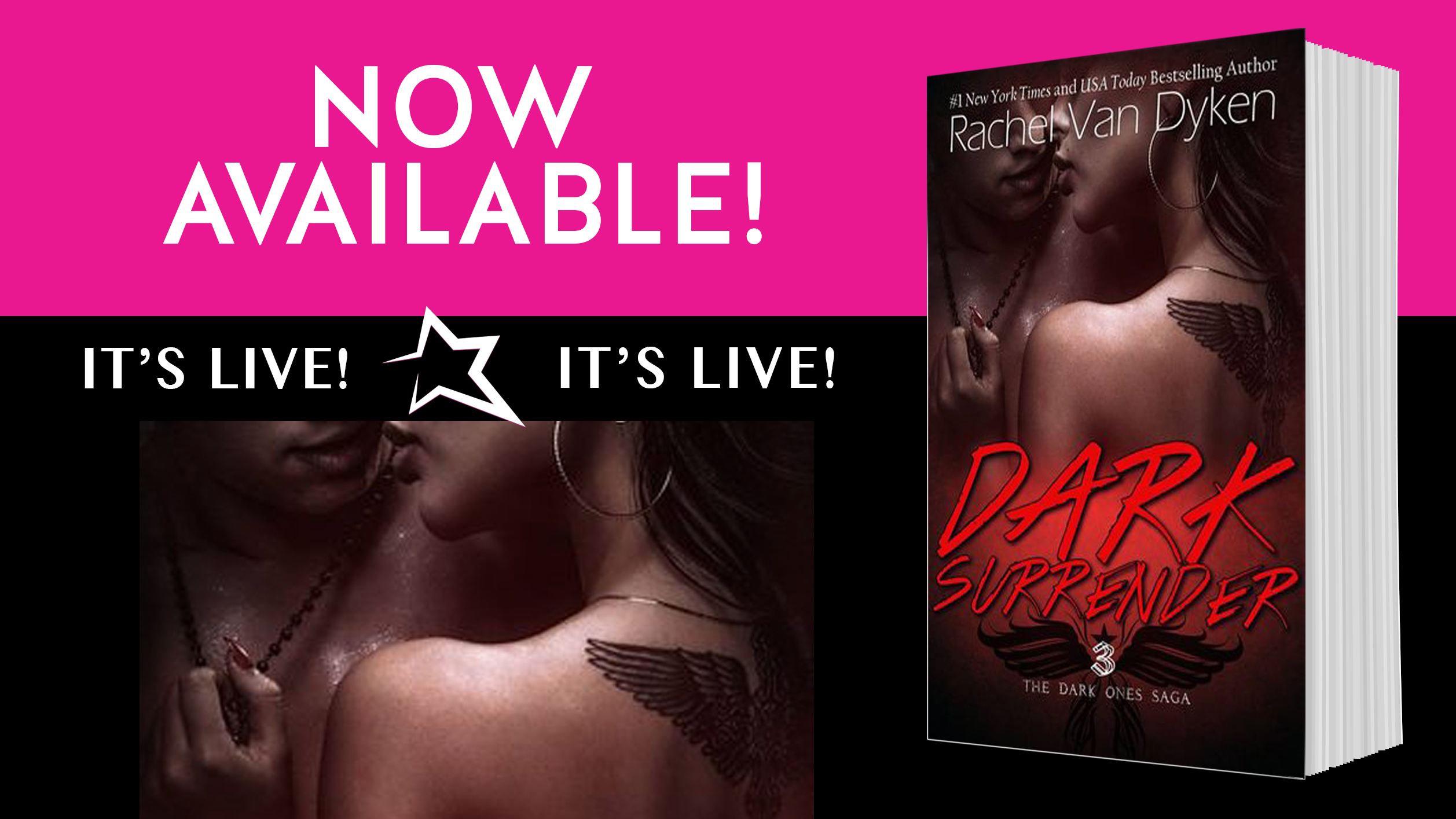 Dark Surrender is LIVE and only $1.99! So snag this complete paranormal stand alone and read all about why having a male siren try to seduce you isn't all it's cracked up to be!

Never met a male siren before?
You're about to....

I grew up as a prince...
And lead the life of a King.
There isn't anyone or anything that doesn't want me, that isn't attracted to me. They can't help it. And I sure as hell don't want them to. I live for their lust, I crave touch like an addiction, I make them beg on their knees for one, simple, caress.
As a male siren it's my job to feed off emotion.
And I was happy to do it.
I am happy to do it.
What I'm not happy about? Being told I have to mate with some withering human and stay loyal to that one person for the next few centuries. There's a war coming and being the idiot I am--I offered to take one for the team in order to help a friend.
Now my sexual appetite is taking a freaking kick in the nuts.
And I'm left wondering if it's worth it.
If she's worth it, with messy hair and dirty human hands.
But I have a world to save.
A job to do.
Now, if only, she would just let me do it rather than fighting me at every turn. I've lived lifetimes as the most irresistible being on the planet.
Only to meet my match.
With one.
Measly.
Human.
They say hells hot. They're wrong.
Because Hope, my little human, is way hotter.
And before this is over--she may just singe me alive.

🔥🔥NEW RELEASE🔥🔥 One Perfect Touch by Layla Hagen is LIVE! Amazon: Apple: https://apple.co/2WsnMJk Nook: https://bit.ly/35WXy4U Kobo: https://bit.ly/3buMihx In business circles, I’m known for being cutthroat and demanding. Robert Dumont is a hardass, they say. And it’s true. I thrive on challenges. Taking the family-owned restaurant chain to the next level is my passion. When my […]

🔥🔥NEW RELEASE🔥🔥 Southern Sunrise by Natasha Madison is LIVE! Amazon: https://amzn.to/2ZFW7Fh Apple: https://apple.co/2YcAtt0 Nook: https://bit.ly/2VX71ES Kobo: https://bit.ly/2KvIy4e BLURB Buried secrets never stay hidden in the South. Emily I fell in love with him when I was fourteen. Under the stars, he told me he loved me, and under the stars we promised to love each […]