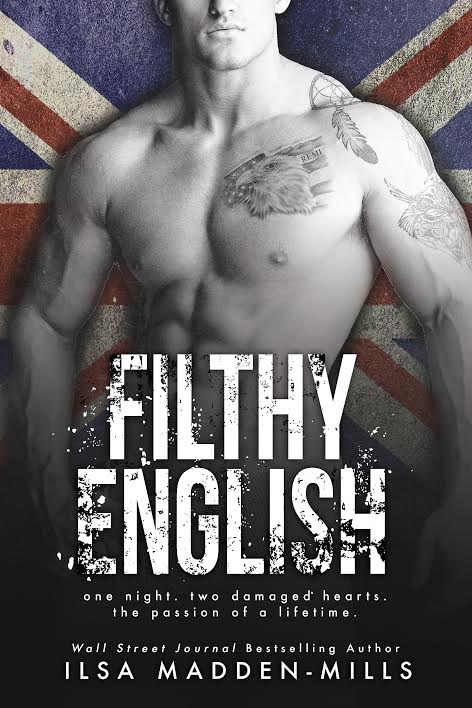 A jilted girl…
One night of mistaken identity…

Two weeks before her wedding, Remi Montague’s fiancé drops her faster than a drunken sorority girl in stilettos. Armed with her best friend and a bottle of tequila, she hops a plane to London to drown her sorrows before fall semester begins at Whitman University.

She didn't plan on attending a masquerade party.

She sure didn’t plan on waking up next to the British bad boy who broke her heart three years ago—the devastatingly handsome and naked Dax Blay. Furthermore, she has no clue how they acquired matching tattoos.

Once back at Whitman together, they endeavor to pretend they never had their night of unbridled passion in London.

One night. Two damaged hearts. The passion of a lifetime.

*A modern love story inspired by Romeo and Juliet*

Are you ready for Filthy English?

Add to your TBR for a July 11th release here: http://bit.ly/28MpTlk