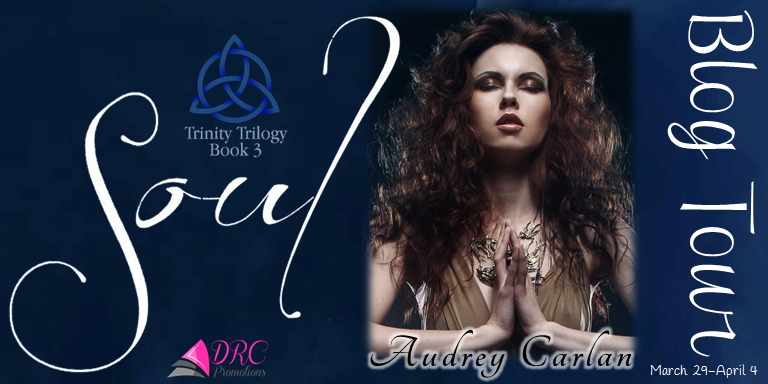 Chase turns around, hands on his hips, his jacket flaring out. He holds a hand out to me. “My future wife was attacked and abducted on our wedding day, from one of my resorts, guarded by my men.” He points to his chest wearing a disgusted expression. “My wheelchair-bound mother’s throat was slit in front of Gillian before she was taken against her will and held in a fucking ten by ten cell with only a god damned pot to piss in!” He roars, his voice reaching maximum strength. His face is red, the tendons in his neck are bulging, and he continues undeterred. “She was still in her fucking wedding dress, almost five days later, her face and chest beaten black and blue, her ankles and wrists cut deep because of rusty shackles, which were attached to a pulley system above her head. Those same shackles gave her a massive infection. One that could have very well killed her! How the fuck do you think I feel, Doc?” Chase’s jaw is locked down so hard I’m worried he’ll break teeth if he keeps going the way he is.

“Jesus Christ,” Dr. Madison whispers his eyes on me. Because I know him so well, I see the concern in his gaze. To anyone else, he would appear calm and in control. “Gillian,”—he presses his hand to his mouth, swallows, then clears his throat—“we’re going to work through all of this. Thank you, Chase. Thank you for being so candid.”

Chase harrumphs and starts to pace. “Now, tell him what’s fucking with you.” His eyes are fierce, leaving no room for pussyfooting around.

“Um, well…” I take in a tortured breath. “I seem to have a bit of an attachment issue,” I offer.

“Doctor Madison, if I left the room right now…” His voice trails off, and he starts to walk toward the door. Instantly, the hairs on my neck and arms stand at attention. My heart pounds in my chest so loudly I can hear it like a drum next to my ear. I turn around and sit up on my knees while gripping the back of the couch.

“No,” I whisper just as Chase’s hand touches the handle. “Don’t leave!” I beg, tears rolling down my cheeks. He turns around, closes his eyes and leans against the door.

“See what I mean?” He lifts a hand, and I glance at Dr. Madison.

Dr. Madison brings his hand to his mouth and leans back in his chair. He pulls off his spectacles and looks at me in wonder. “How long has this been going on?”

I don’t answer, just sit back down and look down at my lap, not wanting the eye contact. I’m tired of being the one always under a microscope. I just want to go back to a normal life. One where I can work and visit my friends when I want to without the fear that someone is going to attack me or kill the people I love.

“The first time I noticed this particular fear was when she woke up in the hospital two days after being found,” Chase says coming back from the door to sit next to me. I curl into his side feeling instant relief.

The doctor nods and writes a few things down. “Gillian, what happens to you when you think Chase is going to leave.” I narrow my eyes. “Meaning physically?”

I lick my lips and focus on my fingers, twisting them together. Chase puts an arm around my shoulder, and I can breathe again. “Um, my heart pounds. I get a little nauseous, shaky, my hearing becomes very acute or I lose it completely. Much like my panic attacks.”

“And does that happen when you’re in a room with other people?”

“Depends on if I know where he is.” Dr. Madison’s eyebrows rise into points at his hairline. “Like last night, the girls and I had a movie night at the Davis Estate. As long as I could see Chase’s office, and I knew he was there, I was fine. I could enjoy the time with my friends.” Dr. Madison nods, writes a few things down. “What’s wrong with me?” Chase hears the fear in my voice and instantly works to calm me. Taking my hand, holding me closer, kissing my temple.

The doctor shakes his head. “Nothing. What you’re experiencing is an acute panic disorder that manifests in panic attacks after dealing with a traumatic event..” Both Chase and I look at him with matching expressions of confusion. “Essentially you’re having a fear that Chase will abandon you which in response brings on the attacks.” Dr. Madison clarifies.

“I’ll never abandon you, baby,” Chase promises immediately. He turns my face to his and cups my cheek. I lean into it, appreciating his warmth. “We’re going to get past this together. But I can’t say that I’m un-fond of you needing me close.” His grin is sexy but honest.

“That,”—the doctor’s voice inflection rises to one of concern—“on the other hand, we need to get to the bottom of, Mr. Davis.” Dr. Madison uses his stern no nonsense tone.

“You have an excessive need for control, are habitually possessive and demanding by nature. It’s not all together a healthy way to deal with a woman who’s been victimized in the past. Though, I know it’s those ways of yours that attract our dear Gillian.” He is not wrong. Not by a long shot. I’ve always sought out men who are confident, strong, self-assured. It’s just a lot of times that comes with the downside of those traits which are controlling and demonstrative and the worst of all…abusive. Chase is a lot of things but never abusive.

“He’d never lay a hand on me, Dr. Madison. Of that I am certain. His mother was a victim of domestic violence and Chase abhors a man taking a hand to a woman.” Chase nods at my response.

“I’m sorry to hear that,” the doctor addresses Chase.

“Thank you. It was a long time ago. I’ve moved on. Right now, my focus is on Gillian and her wellbeing, mentally and physically. We’re leaving tomorrow. I plan to spend the next couple weeks or so allowing us to be free. To have her feel safe in her own skin, as well as make her my wife.” Chase adjusts his jacket and leans forward.

“Is there a reason you’re in a rush to get married, Mr. Davis?”

Chase and I both shake our head. “No,” he says with conviction. “It just feels like it’s something that keeps getting taken from us. To tell you the truth, Doc, I wanted to marry her the day after I proposed.” He turns to me. “I’m regretting letting you talk me out of that.” He grins and his eyes twinkle when he smirks at me. “But then we ended up waiting for her wedding dress to be designed, then it was Phillip and the explosion, and then we finally get to the day and she’s abducted. I’ve wanted nothing more than to claim her as my wife since shortly after we met. I’m tired of waiting to make her mine.”

“Do you feel like she’ll be more yours if you are married?” Dr. Madison asks.

“Yes, I do. Legally, she’ll be connected to me, she’ll wear my ring on her finger for the world to see, have access to my fortune, never want for anything, and I’ll have my own family. With her,” he says matter-of-fact—no mincing words for my guy.

“I see. And you agree with this plan, Gillian?” The doctor looks to me.

I’m still stuck on Chase wanting to be a family with me. Ever since my mother’s death, my friends have been the only family I have. When I marry Chase, he’ll be my family. Officially, legally, mentally, and physically. “I can’t imagine anything better than Chase and I becoming our own family.” Chase’s smile is so bright it removes all the dark from the conversation and only let’s in light. It warms my heart and my soul.