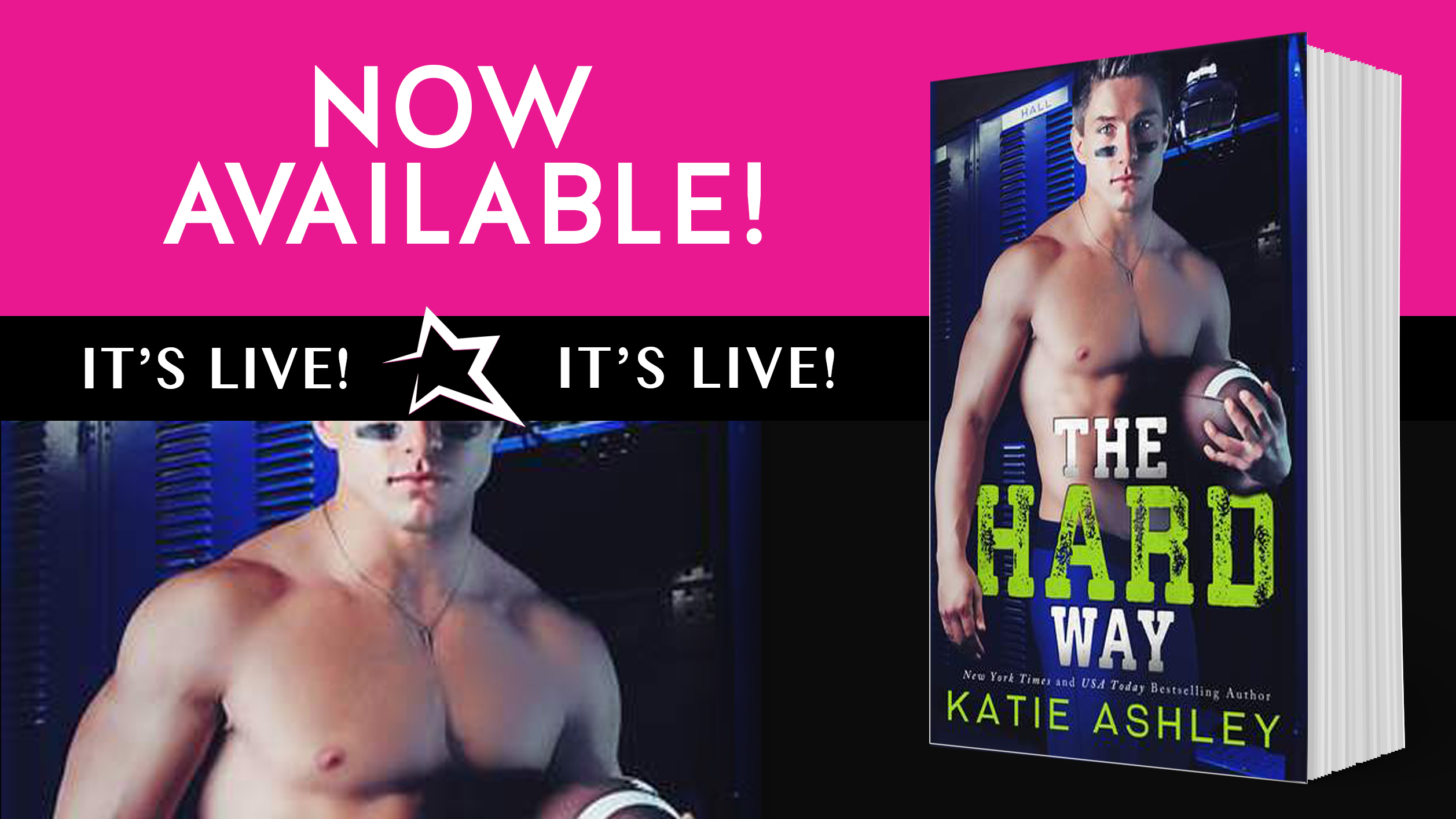 “Is this one of those old-timey record players?”

“A Victrola,” I answered as I joined him.

Cade snapped his fingers. “That’s right. There was one of these at my grandparents’ house.” He eyed the contraption curiously. “Does it work?”

“Sure.” I set my cup down before winding up the crank. Then I placed the needle on the record, and a slow instrumental tune came out of the Victrola’s horn. At Cade’s groan, I grinned. “Not a fan of classical music?”

“No. It’s more about the fact that it’s one of Strauss’s waltzes.”

Cocking my brows at him, I asked, “You know Strauss?”

With a snort, Cade said, “Don’t look so surprised, and no, I didn’t learn about him in Harlington’s music appreciation class either.”

I held up my hands. “I wasn’t alluding to anything.”

“Yes, you were alluding, as you say, to the stereotype of me being an uncivilized jock,” Cade teased in a snooty-sounding voice.

“I’m sorry. I’ve got to stop doing that. You really are so much more than a jock.”

He swept his hand to his heart. “Why, thank you.”

“So tell me how you know Strauss.”

“I have waltzed at ten cotillions and three debutante balls.”

“I’ve never been to a cotillion or deb ball.”

“No, I mean, haven’t you ever waltzed before?”

I laughed. “Oh yeah, I often practice my dance skills out in the corn.”

“Every lady should know how to dance.”

Cade smiled. “Yeah. You are.” When I started to protest, he said, “Money and position aren’t what make a lady. It’s what’s inside you that counts.”

His words and his tone caused the breath to wheeze out of my lungs. Just when I thought he couldn’t surprise me any more with the things he said, he went and said something like that. “Thank you,” I finally mumbled.

“You’re welcome.” The world seemed to slow to a crawl around us as we stood there staring at each other. The sound of Cade clapping his hands together caused me to jump. “Okay. One waltz lesson coming up.”

“I’m going to warn you that you’re probably going to regret this. I’m the worst dancer ever.”

“How can anyone who plays the piano suck at dancing?”

A tingling jolt of electricity shot through me when Cade took one of my hands in his. After he put his other hand on the small of my back, he drew me closer to him. Even with all the times I had sat next to him while we worked on our project, I hadn’t been this close.

“Now you put your other hand on my shoulder.”

My mind spun as I frantically tried processing Cade’s instructions. Somehow it managed to click together, and I followed his lead. “Hey, you’ve got it,” he remarked with a smile.

“It’s not because of me—it must be the teacher.” I glanced up at him and smiled. “Sports, brains, and dancing; you’re really a true triple threat.”

I grinned. “Does that make you a quintuple threat?”

“Make it a sextuple threat if you throw in the money.”

“I should have known you’d find a way to have ‘sex’ in your title.”

Cade threw his head back and laughed. “Always busting my balls, Prescott.”

“I guess I just figured you only watched pretentious stuff like Downton Abbey.”

“Downton Abbey is not pretentious.”

Cade grinned. “I’ll take that as a yes that you watch it.”

“While you know me pretty well, you have a lot more to learn, Mr. Hall,” I teased.

“I look forward to you educating me.”

As I stared into his face, Cade’s expression grew serious. The idea of educating him suddenly seemed to take on a deeper meaning—one of both mental and physical knowledge.

Cade dipped his head to where our mouths were just inches apart. His breath fanned across my cheek, causing me to shiver. I stared into his eyes, silently pleading with him to go ahead and kiss me. We’d already been down this road before. Since Thanksgiving night, I’d wanted nothing more than to feel his lips on mine again.

When he finally kissed me, it sent energy humming all over my body. I’d kissed other boys, but it had never felt the way it did with Cade. It was all-consuming of my mind, body, and spirit.

Considering his experience, it shouldn’t have been too surprising that Cade was a good kisser. What surprised me the most was the emotion behind his kiss. It ran so much deeper than just a physical act, as if he was putting his heart and soul into kissing me.

Cade deepened the kiss by plunging his tongue into my mouth. It tangled along with mine in a waltz of its own composing. My hand snaked up his back to capture the hair at the base of his neck, and I ran my fingers through the silky strands, marveling at how much softer it was than I had imagined.

The Victrola ran out of steam, and the only sound filling the room was heavy breathing. At the loss of music, Cade stopped leading me around the floor, and his hands slid underneath my buttocks. He gripped the globes of my ass before hoisting me up to wrap my legs around his, and I molded myself tighter against him. I couldn’t seem to get enough of him—the way his strong arms felt around me, his thick waist against my legs, his broad, muscular back underneath my hands. Even though I knew I shouldn’t, I wanted all of him.

When we crashed into a chest of drawers, Cade momentarily released my lips to breathlessly ask, “Are you okay?”

I rubbed myself against the ridge in Cade’s pants, causing him to groan against my throat. “Jesus, Prescott, if you keep doing that, I won’t be able to stop.” When I did it again, my action was rewarded with a growl.

Cade’s wild eyes glanced around the room before leading us over to the wide red settee in the back corner. We collapsed onto the smooth velvet material. I widened my legs to allow Cade’s hips between them and his mouth sought out mine in a frantic kiss.

As our tongues battled against each other, Cade’s hand came to my breast. He kneaded and cupped it over the fabric of my uniform, my nipples hardening under his touch. When he began undoing the buttons of my dress, he broke the kiss to glance at me as if asking my permission. At my nod, he practically ripped the remaining buttons open.

He gave me a sheepish grin as he pulled me into a sitting position. “Sorry about that.”

“It’s okay,” I said as I slid my arms out of the sleeves.

My breath hitched when Cade’s arms snaked around my back to undo my bra. Once it was unhooked, I couldn’t help bringing my arms to cover my chest and keep the bra in place. I hated that in this moment I couldn’t seem to get past my modesty, or my fear that my average-sized chest would turn him off.

Cade tilted my chin with his fingers, forcing me to look him in the eye. “You sure you’re okay with this, Prescott?”

“That I’ll hurt you?” Cade questioned with a wounded look.

I gave a quick jerk of my head. “That you won’t like what you see.”

“You’ve been with so many other girls. I’m afraid I won’t measure up.”

Cade cupped my face in his hands. “There’s only right here and right now, and there’s no one else but you and me. None of the past, just us and this moment.”

My heartbeat thrummed wildly at his sentiment. “Okay,” I murmured as I stared deeply into his eyes.

“And you could never not be beautiful to me. I like everything about you, both inside and out.” At what must’ve been my incredulous look, Cade grinned. “And I’m not just saying that so you’ll let me in your pants.”

“I know you wouldn’t.” Deep down, I knew it to be the truth. If Cade had really wanted to just screw me, he would have attempted it over the past two months.

“I wouldn’t be here tonight if I didn’t want to be with you for the long haul.”

Once again, my heart began to beat so erratically that I felt a little dizzy. “Really?”