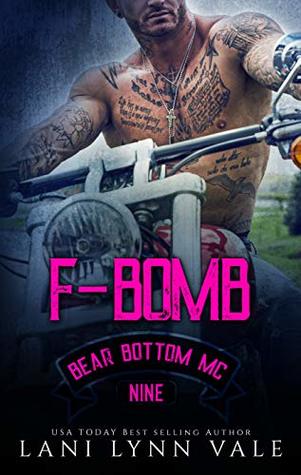 You murder a man, and all of a sudden people are scared of you.

Slate Solis went from being a guy that people went to in times of need to an ex-con that people crossed the street to avoid being too close to.

He knows he’s done wrong, but out of all of his sins, only one really bothers him—coveting thy neighbor’s wife.

After seeing her for the first time while he was in prison, she’s stayed on his mind for three long years. Each time she comes in to visit with her friend on family day, he can’t help but stare.

Then the day comes that he’s set free, and he’s almost disappointed that he’ll never see her again.

Except fate has different plans.

He hasn’t been back in his house for more than three hours when he sees her.

Harleigh Belle in all her glory…oh, and her husband that is everything Slate isn’t.

He tells himself that her being fifty feet away from him, all day every day, is a complete coincidence. One that he shouldn’t take advantage of. The more time passes, the harder it gets to stay away. Until one day, and one very ill-timed thunderstorm, ruin everything. 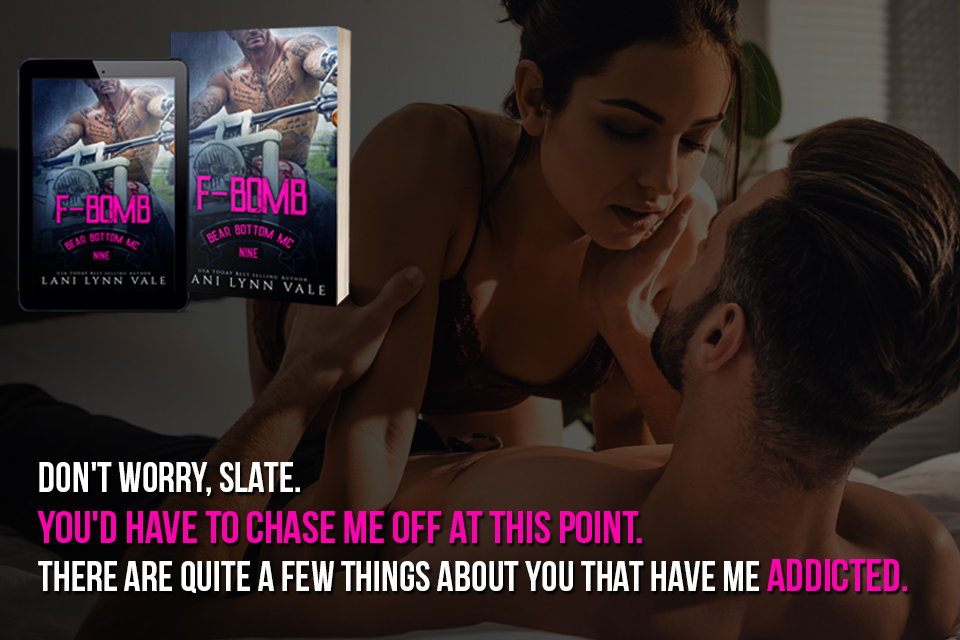 The F-Bomb is probably one of my most highly anticipated books to read this year and it did not disappoint. Honestly, Lani Lynn Vale can do no wrong and I know I say that with every review but it is always true. I sort of fell in love with Slate when I read the first book in the series, Mess Me Up, which we get introduced to his sister Izzy, who falls for Rome, one of my favorite characters and I’ll admit to bawling my eyes out because of that book. So I feel like I waited forever for Slate’s book and I was so ecstatic to get it in my hands.

“Who the hell mowed their lawn in February? There was literally nothing to mow! But, there he was, mowing his lawn, and I was watching him do it. Shirtless. Would it be too much to ask him to do it pantless next time, too? Probably.”

After his partner/fiancée is murdered, Slate goes vigilante and kills the person who took her life. But in doing so, he gets arrested and sent to jail. When he’s finally released, his neighbor is none other than spunky Harleigh Belle, Max and Payton’s daughter from Another One Bites the Dust and of course, another favorite. Honestly, this book felt like a reunion for me. They even go to Disney with a bunch of the couples and their kids. OMG! I got so many old favorites, I was doing a happy dance while reading.

“You make me do that, though.”
“Make you do what?” he asked curiously.
“Make me forget what I was going to say.” I shrugged. “Sometimes when I’m talking, I accidentally look into your eyes, and every single thought that was in my brain just floats away like a dandelion that’s been purposefully blown.”
His lips kicked up into a semblance of a smile. “I…” He shook his head. “I don’t know what to say to that. It’s not like I purposefully mesmerize you with my eyes.”

The book is an enemies to reluctant friends to lovers, my favorite trope. Harleigh is sass and Slate is alpha sweet and these two were a blast to read. Slate begins to work for Harleigh’s father which puts a big “stay away” sign on her but he can’t help being attracted, even while he gets annoyed when she steals his hammock to take her daily naps. But one rainstorm, deep conversation, and a shared blanket later, these two are hot and heavy.

“Do you think that the Tremaine women do anything that I tell them to do? I’m just a bystander in this thing I call life.”

With a great dose of humor, (I love those chapter headers), suspense and family togetherness, this book felt like I was catching up with old friends and family that I have missed. I never want to turn to the last page of an LLV book because I don’t want it to end. Another 5 star read.

“Have y’all ever met someone that lies for no reason? They just walk around with Liabetes? -Harleigh’s secret thoughts”