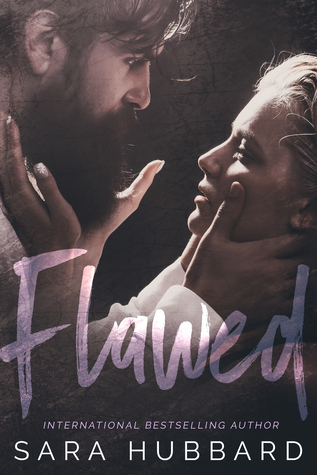 When I fell in love with Ivy Carter, I fell hard. She had a grip on my heart, and she refused to let go. After I committed a brutal assault, I pushed her away so she could have a life without me, but I’ve ached for her ever since. I assumed in a few months she’d move on, go off to school, and find some guy that actually deserves her. But that’s not what she did. She pushed back. And the more she pushed, the more I wanted to give in. I didn’t, though. I can be a mean SOB when I want to be.

It’s six years later now, and I’m out of jail. I just want to see her so I know she’s okay, but one look at her angelic face through the window of where she works and I’m seventeen again, ready to do what it takes to put a smile on her face. I want to go straight and be the man she deserves, but when her brother steals from my criminal uncle, I have no choice but to make a deal with him. I might as well sell my soul; the devil is kinder.

Flawed is stand alone, second chance at love/mafia romance and I will admit, I don’t usually gravitate towards the mafia trope but what Sara Hubbard writes, Nerdy Chic must read.

“I’m no good for you,” he says. “I’m never going to be more than a guy that walks that line. I don’t look for trouble, but it finds me and I don’t want you anywhere near me when it does.”

Six years ago, Nico committed a crime in a fit of rage over the death of his beautiful sister. That moment changed his life but his only regret is that he lost the woman who held his heart. Knowing that Ivy would wait for him and not wishing that kind of pain on her, he ends their relationship. Now that he’s out of jail, he can’t help but find out if there is still a chance for something between them, even though he feels he has no right to do so.

Ivy is shocked, to say the least, when Niko walks into the diner where she works. He broke her heart six years ago. No way can she trust him to not do it again. But when her younger brother screws with the wrong people, she has no choice but to rely on Nico for help and those feelings that she tried to keep buried resurface.

I still care deeply about Niko. I still… love him. After all this time. You don’t pick who you love. It’s a feeling deep inside of you that you can’t turn off, no matter how much you might want to. The only choice you have is to act on your feelings or not. And the only person you really hurt by denying it is yourself. Niko is a flawed man.

Nico really isn’t a bad guy, which is why I think I loved his character so much. While he may have committed the crime that put him in jail, that’s not really the person he is even though his family would love it if he was, especially his uncle. Knowing that the only way to protect Ivy from his uncle is to work for “the family”, he willingly gives up his freedom to protect them.

“My heart chose you a long time ago and it still chooses you now,” I say. “Don’t run from me again, Niko.”

As the story progresses, Ivy and Nico grow closer, while the danger around them increases. When they realize that Niko’s uncle isn’t the only person they need to worry about, the couple’s happiness is put to the ultimate test.

I absolutely loved this. The characters were relatable, likable, and well written and I’m really hoping that Vic, Nico’s brother, gets his own story. I could totally see him with his own bad boy hitman book!