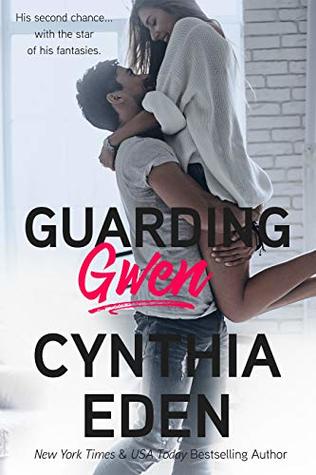 Gwenevere Solomon is the current "It" girl in Hollywood. The star of a dozen films, she seemingly has the world at her feet. Gwen's problem? She also has one very dangerous stalker at her door. His attacks are getting bolder, and Gwen is becoming more and more afraid. Because this stalker...he knows secrets that she's fought hard to keep buried. The kind of secrets that can destroy a woman's life.

A ghost from her past can save her.

Gwen needs protection, and she needs that protection now. So enter her new leading her man...Simon Forrest. Tall, dark, and ever-so deadly, Simon is the lover she left behind. Or rather, the lover who left her behind. He went off and became a SEAL, saving the world and riding one adrenaline high after the other. But he's back now, and as part of Wilde Securities, he's supposed to offer the best, most discreet protection service in the business. He'll pretend to be her lover so the press won't realize her life is going to hell, and Simon will stop her stalker.

He can keep his hands off her...and keep her shielded at the same time.

Simon never got over Gwen, and the fact that she's been filling the big screen with her gorgeous self? Yeah, it's just made her even more tempting...and put her even further out of his reach. Simon was never good enough for Gwen, and he knew it. But this time, he can help her. He can catch the stalker, unmask the jerk, and keep Gwen shining in her spotlight. Easy as pie. Or, it should be.

Except...Simon might not be able to stop himself from falling for her all over again.

Because when the cameras stop watching, that's when the real action begins.

Guarding Gwen by Cynthia Eden follows Protecting Piper where we met Simon Forrest, VP of Wilde Securities. Simon entered the SEALS at age nineteen, leaving behind the love of his life, Gwen. So when Gwenevere Solomon enters Wilde Securities asking for him, he’s shocked that she’s there asking for protection against a stalker. While he can see the fear in her eyes, he can also tell that she’s hiding something, but he’s determined to help her and give his personal attention to the job.

“Who are you?”
“I’m the guy that you come to when you need shit taken care of. You want a body hidden? I’ll bury it. You want me to take down the bastard hurting you? I’ll destroy him. Ride or fucking die, that’s what I am to you. I will never choose anyone over you. And I won’t make the same mistakes again this time. You can count on it.”

Gwen was burned badly when Simon left. His leaving left her broken but as time passed, she dusted herself off and became Gwenevere Solomon, Hollywood It-Girl and everyone wants her. Including the stalker that has become increasingly more terrifying as his threats become personal and the only thing she can think of doing is contacting a ghost from her past to protect her.

“Believe this… you will come first for me.”
“Because I’m your client?”
“No, because you’re everything. And one day, you’ll realize you always were.”

Simon left, believing that he wasn’t good enough and had nothing to offer Gwen, quickly realizing that he had made a huge mistake but what’s done is done and he can’t rewind the past. Now he has a chance to make it up to her, and remind her that what they had is still just as strong.

”That’s the thing about you. Always wanting to be the hero. The protector. No one in my life wanted to protect me, not until you. And you’re still doing it, aren’t you? The first time I have trouble, I came running to you.”

A second chance romance with lots of suspense that will keep you guessing, I didn’t put this one down until I turned to the last page. Cynthia Eden is always an automatic one-click author for me and I always look forward to reading everything she writes. Can’t wait to read the next book in the series.