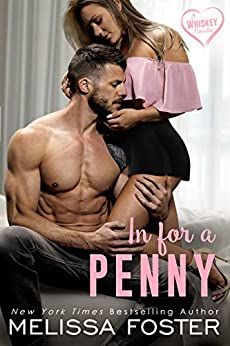 Friendships and family abound during a week of love, laughter, and happily ever afters. Catch up with your favorite characters and enjoy Bones and Sarah’s wedding while falling in love with the newest Whiskey-world couple, Penny Wilson and Scott Beckley in this Whiskey series novella.
When everything you want is right in front of you, but it's still out of reach…Penny Wilson has a successful business, more friends than a girl could ask for, and a boyfriend she’s madly and passionately in love with. Scott Beckley is honest, loyal, hands down the best lover on the planet, and absolutely gaga over his nieces and nephews. Scott’s a keeper…as long as Penny doesn’t ever want to hear those three magical words that would take their relationship to the next level. Scott escaped abusive parents at seventeen and was forced to find his way alone in the world. Even though it’s been more than a decade and he’s reunited with his estranged sisters and built a good life in Peaceful Harbor, Maryland, he’s still tortured by his past. Penny knows he loves her with everything he has, but for a girl who wants a family and a guy who is afraid of having one, love might not be enough.

In for a Penny is a novella in The Whiskeys: Dark Knights at Peaceful Harbor series, and takes place a few months after The Gritty Truth. This is definitely a novella that I would recommend reading the prior books as the characters have back stories that that are explained in the other books, as well as others included in the story.

Penny and Scott have been dating for a few months now and everyone can see that these two are made for each other. Penny knows that she’s in love with Scott but also knows that Scott doesn’t want to hear those words. Scott and his sisters grew up with a horrible family life and it left deep scars in him. He’s terrified of being in love and having his own family.

The more time he spends with Penny, the deeper he falls for her and even though he thinks he should let her go, he can’t make himself. At the same time, seeing his sisters finding their happiness, he begins to wonder if he can have his own HEA with Penny.

For a novella, this book is packed with feels. I fell hard for these two in Quincy’s book but I did not think I was going to cry when I read their story. My heart hurt for Scott and Penny but their journey was so satisfying. I can not get enough of this series and I can not wait to read more. 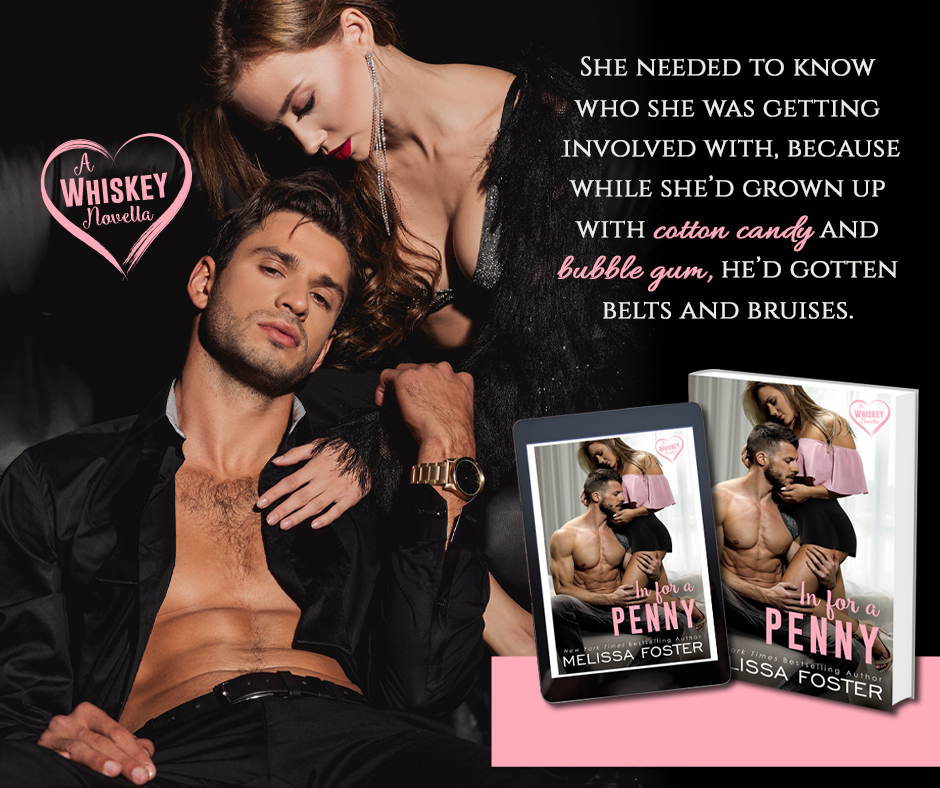 Tags: Dark Knights at Peaceful Harbor, In for a Penny, Melissa Foster, The Whiskeys

One response to “In for a Penny (The Whiskeys: Dark Knights at Peaceful Harbor #7.5) by Melissa Foster”