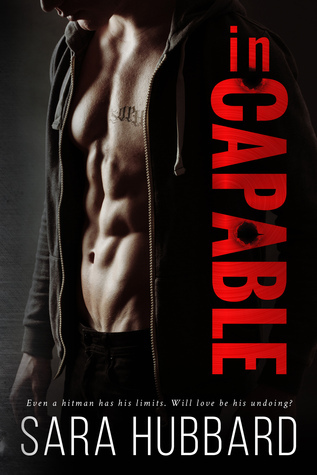 After spending four years caring for her mother, twenty-two year old Evie Crane is starting over with a new job in a new city. Unfortunately, her new life involves working for a woman with close ties to the mob. When a short walk home turns into tragedy and Evie is left broken and beaten, a mob hitman comes to her rescue. In his debt, she feels a bond to him and wants to help him as much as he helped her, but getting close to a criminal brings her more chaos than she bargains for.

Declan Lewis grew up on the streets until taken under the wing of a man with a soft spot for a child he never had. The man taught Declan all he knew, only…all he knew was being a hired killer for the Dantes family. When Declan crosses paths with a girl so unlike himself, he can't help but be attracted to his polar opposite. However, bringing her into his life means bringing her into his world, a mistake that might prove fatal. He wants to be the man she deserves, but to give her what she needs, he'll have to change. And is change really possible for a killer?

If you’re expecting to root for the good guy, hearts and rainbows, happily ever after, this is so not that story. If you’re here to root for the bad guy, you’ve come to the right place. Declan has been heavily scarred by his past and works as an enforcer for a very bad man, willing to do whatever needed. That is, until he meets a pair of dual colored eyes just as lost as his own.

Evie and Declan are a pair. Both have had less than stellar childhoods. They are both holding secrets that shaped them to who they are. These are two seriously broken characters but the difference between them is huge. While Evie tries to see the good in everyone and every situation, Declan is the definition of a pessimist. He knows life has dealt him with a shitty hand and he’s unwilling to let anyone close. He knows he’s not a good guy. He doesn’t need anyone to get close to him or try to change who he is now. He’s completely torn when it comes to his feelings for Evie. It’s a constant tug of war with doing what’s right and pushing her away or allowing himself a chance to be with her and change who he is. But it’s not so easy to be a good guy when you’re life is not really your own.

“…this girl, I want to possess her. I want her to scream out my name, and my name only, and have her tell me she’s mine.”

This is the first book I’ve read by author Sara Hubbard and I can honestly say, it won’t be the last. I seriously couldn’t put it down once I started. I loved both of these damaged characters, and the unexpected twists that the story took. Evie’s secret seriously took me by surprise and the depth of my sympathy for her and how she handles life make her a stronger character than I initially thought she would be. Declan is the bad guy with the chance to redeem himself and tries to take it. I love that each of the chapters and scenes are told in the POV of the characters and you get to see the mindset behind their actions. The sexy is steamy, the love that they have for one another is sweet and real, their past haunting, and the ending HEA. Well done Sara. I look forward to reading more.