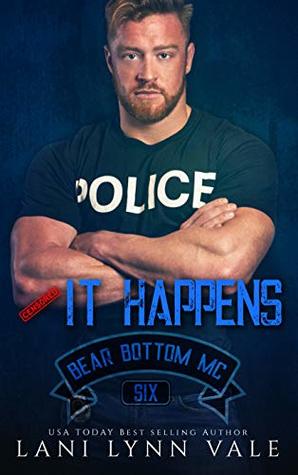 Zee + Annmarie and Tan + Jubilee. Forever. No exceptions. They were to have the picture-perfect life together. Everything was all planned out. Jubilee was to marry Eitan and Ezekiel was to marry Annmarie. That’s how it was always supposed to be from the moment that they met. Textbook, right? Wrong. Eitan and Annmarie die in a freak accident that never should have happened, leaving the two survivors reeling. Sixteen years later, Jubilee and Zee can’t even be in the same room with each other before things begin to deteriorate. Too many memories. Too much pain. Not enough forgiveness. They’re like hellfire and holy water, and neither one of them is willing to admit that they’re wrong. Then one day things change, and all of a sudden, they’re looking at each other like maybe they aren’t each other’s enemies after all.

*ARC provided by InkSlinger in exchange for an honest review*

Literally every person is messed up. You just have to choose which level of crazy you are comfortable living with.

It Happens is book six in the Bear Bottom MC series by Lani Lynn Vale and it’s an enemies to lovers story that starts when Zee and Jubilee first meet as kids. The two of them insulting and tormenting each other is like watching a really intense match at Wimbledon. It is also hilarious. Because even though these two can’t stop themselves from hating one another, they also can’t stop being overprotective when someone tries to hurt the other in any way.

It wouldn’t do for him to know he didn’t annoy me as much as he used to.

Zee used to date Jubilee’s sister and Jubilee used to date Zee’s brother. But an accident sixteen years ago causes the death of her sister and his brother and leaves them both hurting, turning them to mortal enemies, sort of.

How to have the perfect body while eating like a fat piece of shit. -Books I wish someone would write

But one drunken night changes everything because while they may always fight, there was always something more to their relationship. The tension between the two was never truly just hatred for one another. The best part of them trying to figure out their relationship is that it does not mean that they stop insulting each other. I can’t tell you how many times I laughed out loud with this book. And of course, this being a Lani Lynn Vale book, there’s always some mystery and suspense added which just brought the story to another level.

I fucking craved her. Craved her touch. Her laugh. Her smile. Her insults. Hell, everything I wanted felt like something I shouldn’t, and I didn’t know what to do about it.

Jubilee is sass, snark and sarcasm which I love and Zee is alpha, tough but with a soft, gooey center. Gah, I could not put this down. I love Lani Lynn Vale’s books because her characters have these little quirks that make them more real and more human than what you normally would read in a book and those little details make them more believable and likable. Not many people would write about a woman who owns a morgue or dresses like a Goth but isn’t one. Her ability to infuse humor and romance throughout the book always make her books ones that I have to read and have to have. 4.5 stars!

If my blinkers are on, I’m not asking to merge. I’m telling you. Move, bitch. Get out the way. -Zee’s secret thoughts