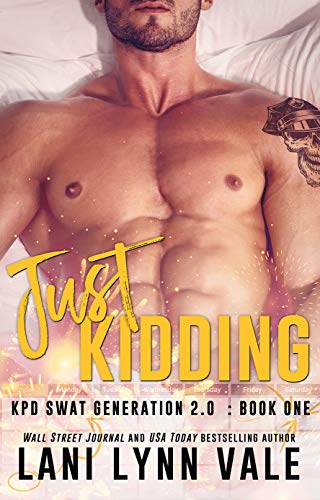 Now, every time Dax Tremaine walks around a corner, the women of Kilgore, Texas can’t help calling him Mr. January.

It goes from bad to worse when even on a SWAT call, the women won’t stay away.

***
It was the worst time of her life. Rowen Roberts had finally admitted to herself that the man she loved would never love her back. She was just fired from her job for violating client confidentiality, and to make matters worse, she’s held up at gunpoint in a convenience store where she only wanted some ice cream to help mask the pain.

The moment the gun is pressed to her forehead, she knows she has a decision to make. Follow the rules and maybe possibly live, or go down swinging where at least she can salvage just a little bit of her dignity.

And when Mr. January himself tells her to do what the gunman says, she’s had enough. Rowen has never really been a girl that does what she’s told. Mr. January won’t have to save her. She can dang well save herself. 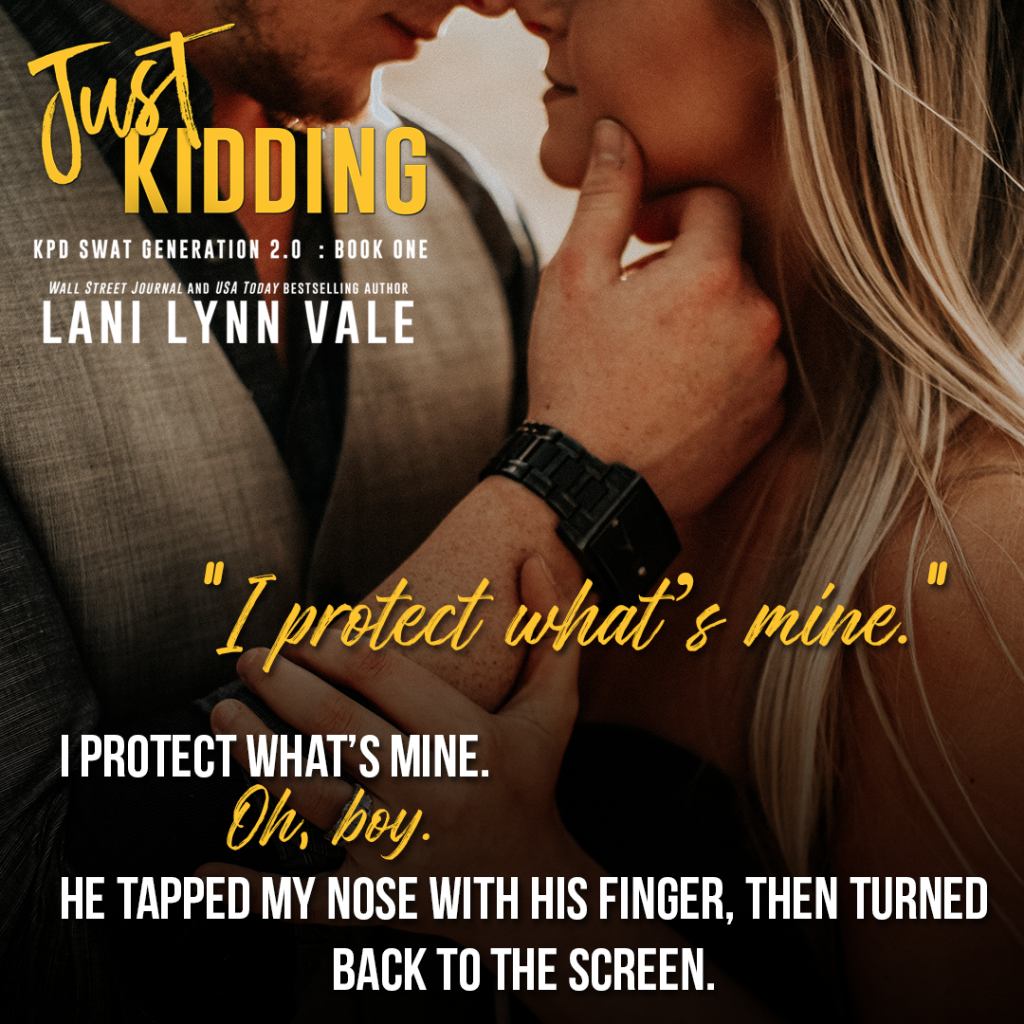 I’m a F-bomb girl. I sprinkle that shit like confetti. -Rowen to Katy

A new year and a new spin off series from one of my favorite author’s? Excuse me while I do a super-duper happy dance. I have loved Rowan’s character since she was first introduced so finally getting her book guaranteed that I dropped everything and immediately dived in.

Minor recap of prior books. Her sister Katy was dating a guy named Theo who was really more of a rebound friendship. Once she met Logan, Theo was history. Our lovely Rowan had a bit of a thing for him but finally wakes up when she realizes that he has begun dating her arch-nemesis / evil coworker and that he will never think of her as anything other than Katy’s sister. While out for drinks with coworkers, her evil coworker has one more scheme up her sleeve, which winds up with poor Rowan balder than a newborn babe.

Now that Rowan has graduated, she’s ready to embark on a new chapter in life. She moves back home, bald little head in tow and goes to her dad to be a buffer when she has to tell the rest of the family what the witch has done and ends up seeing Dax, our hottie in the SWAT uniform. She winds up going with Dax to his calendar photo shoot and Rowan gets an eyeful. Lucky girl.

I wasn’t sure who really made the first move. Him or me. But I didn’t second-guess myself. I just went with it, because there was nothing more in the world that I wanted to do right now but kiss the man that I couldn’t stop thinking about.

Dax, regardless of the whole hair sitch, is so into Rowan. He buys her a cute hat, he helps her move into her new place and he becomes the super supportive friend that quickly becomes more. Dax was burned badly by a vengeful ex so he’s wary going in but Rowan proves herself to be a fierce girlfriend who readily defends and protects. She’s understanding when he has to go out on SWAT calls, having grown up with a father that followed the same calling. They’re both strong, sweet characters with big hearts. But they both have some individuals that are more than willing to get in the way of their HEA.

I don’t think I’ll ever get tired of reading Vale’s books. The fact that I get so many supporting characters from previous books, and a sweet romance with memorable individuals just keep me reading everytime a new book releases. Humor, sexiness and tight cop pants. Another winning combo.

I don’t get the ‘zero fucks given’ thing. I have a ton of fucks. Fuck you. Fuck off. Fuck this. Fuck that. Fuck them. Fuck me.