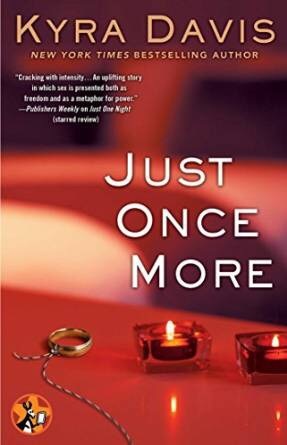 Robert Dade is a man who knows what he wants and never hesitates to go after it. Money, power, and—at long last—the woman he loves, Kasie Fitzgerald, are now his. But after so many years of living by his own rules will he really make the compromises necessary to keep Kasie by his side? And when a man even richer and more ruthless than he is takes an interest in Kasie, will Dade be able to protect her? Or will his controlling nature drive her toward the very danger he seeks to shield her from?

Just Once More, while considered to be book two, I would consider it book 1.5 as it’s used to transition the reader into the next book. It does give a glimpse of Robert and Kasie being together and the lives they are leading now but the best part was the ending which leads to the next book (which I loved). Robert is still overly possessive but you sort of see Kasie hold her own against him and not have him totally bulldoze over her decisions. It’s a freebie right now so I would recommend picking it up.