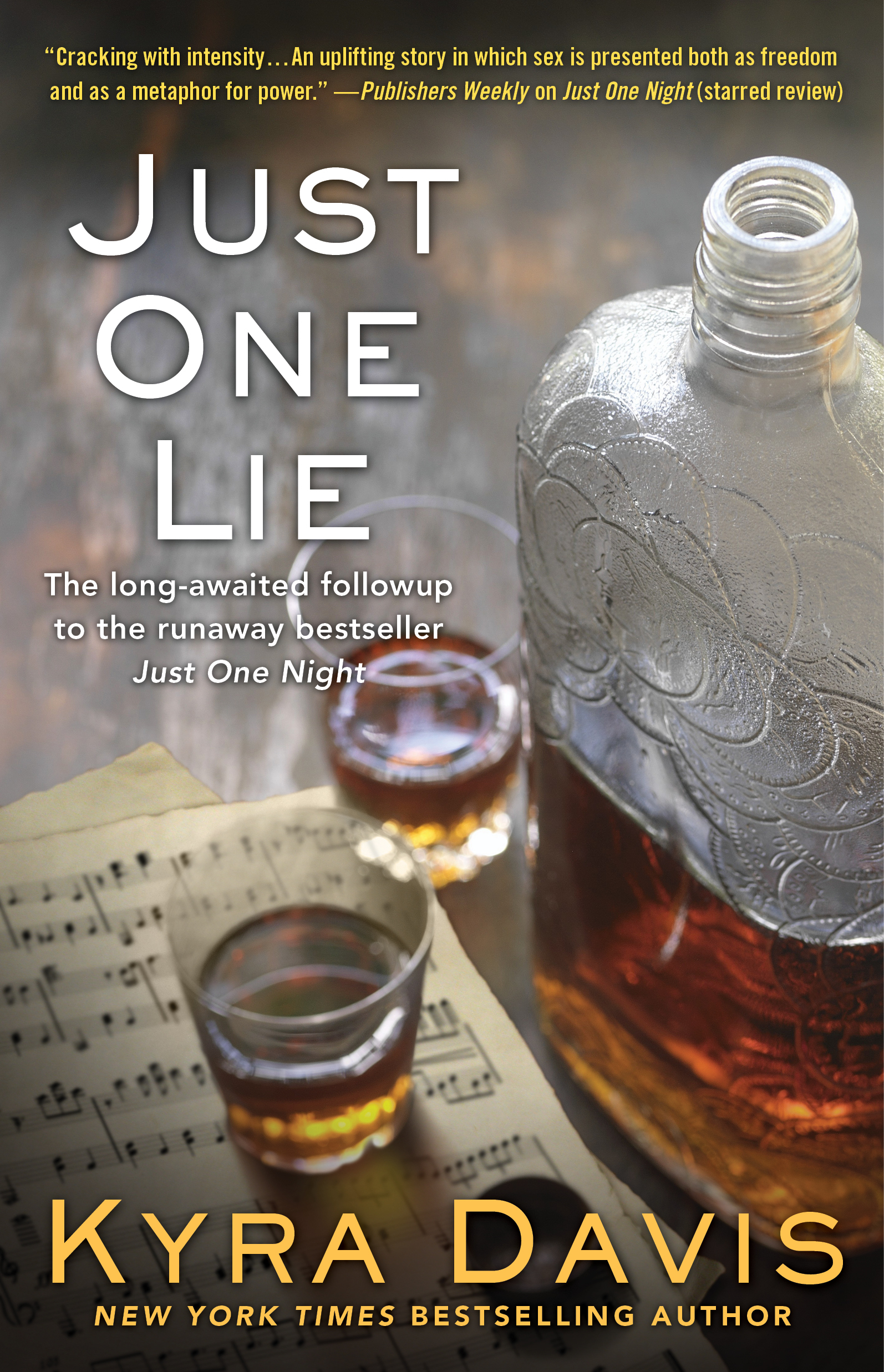 The long-awaited follow-up novel to the runaway New York Timesbestseller Just One Night—which Publishers Weekly gave a starred review and proclaimed, “Davis skillfully creates an uplifting story in which sex is presented both as freedom and as a metaphor for power, and where raw chemistry is the clear winner over bland complacency.”In the instant international sensation Just One Night, sensible Kasie Fitzgerald unleashed her passions—and found herself—through an explosive affair. In Just One Lie, we meet Kasie’s wild and tortured sister, whose impulsivity and lack of self-control has set off a chain of events that changes her family forever.Melody Fitzgerald is the opposite of the “perfect” daughter. The lead singer of an indie rock band, she is impulsive and creative, with a rebellious streak that both defines her and becomes her greatest enemy. Her lover, the enticing and unpredictable Ash, shares her free spirit and penchant for trouble. On the face of it, he seems to be her perfect match.So why is she so drawn to her soft spoken, reliable drummer, Brad Witmer? How can a man who wears polo shirts and reads the financial section of the paper be of any interest to her at all? And why on earth does someone like that appear to be so captivated by her?Before she knows it, Melody finds herself on a path of self-discovery, passion, and affairs of the heart. But will a dark secret from her past derail it all? Or will its exposure be the very thing that unburdens her heart and allows her to seek a future with the one man who loves her completely?

Just One Lie is book two in the Just One Night series and starts off with a bang. This is the story of Melody Fitzgerald, who now goes by the name of Mercy. She is Kasie’s older sister from the first two books and who Kasie believes to be dead. Her parents apparently kicked her out of their home and had her declared dead, telling Kasie that she died of a drug overdose. Parents of the year award is obviously not going to them.

This book takes you on Melody’s journey beginning December 31st 1999 and I’ll admit when I first saw the date, I cringed. Do I really want to go back fifteen years? Let me say, the ride was totally worth it. This woman goes through so much during her life, it’s a wonder how she didn’t collapse under the weight of it all. The characters that she meets along the way, Lynette, Ash, Brad, her parents and so many others each have such an influence on the paths she takes and the things that happen to her. I felt!! I felt so much for her. She is a carpe diem the hell out of this life kind of person and just writing this review, I want to reread it just to experience again. Her story really affected me greatly. Those last few chapters, oh my gosh I’m so glad! You never know where her life is going to take her and I’m so glad where it finally did. I really don’t want to say more but I will say this. Even if you weren’t really crazy about the Kasie’s story, I would definitely take a chance on this one. Every page was so worth it.