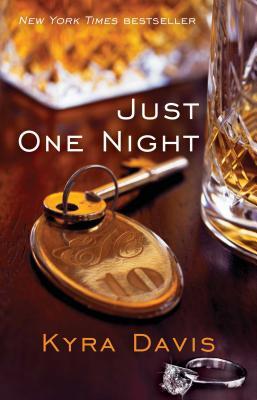 Kasie Fitzgerald knows who she’s supposed to be. She’s a rising-star-workaholic at a global consulting firm. She’s the fiancée of a well-connected man who’s won the approval of her parents. People know that she’s reliable, serious, proper, cautious, pragmatic, and yes, a little predictable. She’s who Dave and her family want her to be.

But as her thirtieth birthday looms, buried feelings begin to resurrect. Her friend takes her to Vegas for one last wild and crazy night. In a dress much shorter and sexier than anything she has ever dared to wear before, she hits the blackjack tables. And meets him. Under the tailored clothes it’s clear that this is a man who is intense, powerful, and maybe even a little dangerous. With a touch of trepidation she accepts his invitation to get a drink, and before long, she’s in his hotel room.

She never gets his full name. Perhaps his anonymity is one of the reasons she’s able to give herself over to him and to the moment so completely.Perhaps it’s why she’s just had the most exquisite and passionate sex of her life. Shaken by her own behavior, Kasie tries to chalk it up to one crazy night. But when the mysterious gentleman she’s just had a fling with shows up in her office—as the CEO of a firm her company does a billion dollars of business with a year, demanding that she handle his account, and so much more—things will never be the same again. And there’s no telling where this will go…

Just One Night is book one in the Just One Night series and tells the story of Kasie Fitzgerald, a woman that has always walked the straight and narrow path until a trip to Vegas changes everything. Her vivacious friend Simone convinces her that before she can get married to her boring boyfriend (who still hasn’t technically proposed) she needs a fling before she settles into a boring and vanilla life. Kasie isn’t entirely convinced of this until a sexy creature sits at the Black Jack table and her inhibitions go out the door. One wild night and Kasie tries to forget the passion he ignited inside her but sometimes, what happens in Vegas doesn’t always stay in Vegas.

Unfortunately, I wasn’t really crazy about the book. I never felt a connection to the characters and the whole cheating aspect, ugh. What kind of best friend convinces you to cheat on someone you’ve been with for six years? Kasie just yo-yos back and forth between the two so much, it made my head hurt. Then comes Dave, with this complete 180 degree turn of Dr. Jekyll to Mr. Hyde, her evil asshole coworkers, and this overly possessive Mr. Dade who doesn’t really know her but wants her. I don’t ever feel that I know the characters much. It’s really just a story about Kasie bursting out of her cocoon and turning into the butterfly she was meant to be while still trying to fix everyone else around her even though they treated her like shit. And what really killed me were the fantasy scenes. This first time I read it, it confused the hell out of me and I had to go back and reread to understand that this was all happening in her head. I get that everyone wants to be wild and free and screw the consequences and fantasy is usually where it happens, but there were too many. I found myself skimming them because I just didn’t feel it added anything to the story other than add a sex scene. The ending just kind of…ends. It’s not a cliffhanger but they’re suddenly confessing they love one another and that’s it. I would have liked a little more with the two of them opening up and being together without all the other added drama. I’m really glad I actually read the third story in the series first (which I really loved) and not this one because I’m not sure if I would have continued with the series.