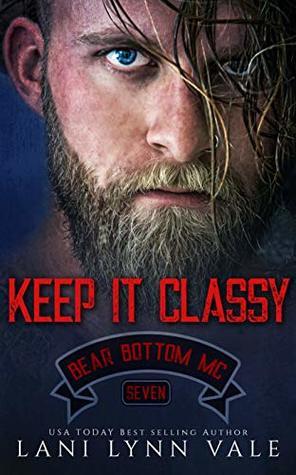 Well, technically speaking, maybe not. But the ones that haunt a man’s soul? Those are very real. So real, in fact, that there are times when Castiel would rather silence them forever in the worst way possible than to go on living with them haunting his every step. All it took was one single second in time for his attention to drift, and everything changed. Life as he once knew it, is over. Now he’s struggling to make sense of the pieces that are left, and he’s fairly sure at least half of them are missing. He’s living for three things now. His club—the Bear Bottom Guardians. His work as a police officer for Bear Bottom Police Department. And the occasional glimpse of a girl that makes his spirit feel free. Despite the ghosts that haunt him, he’s not willing to present them with another target. Which is why he has to stay away from her. He can’t touch her. He can’t talk to her. He can’t get anywhere near her. Not and live with himself afterward. The only problem is, Turner doesn’t care what Castiel wants. She also has a solution for his ghosts. You may call her Ms. Ghostbuster.

“Of course I’m an organ donor. Who wouldn’t want a piece of me? – Castiel to Turner”

Keep It Classy is a maelstrom of emotions from the first chapter. I had to step away for a moment before I picked it up again because the writing affected me so. I love Lani Lynn Vale’s books because they are very real. Life happens and even book characters have to experience them. My heart was ripped out of my chest when it came to this book.

I have been dying for these two to finally get together. Turner Hooch is the daughter of a famous race driver who grew up with an unfortunate Thyroid problem. Growing up as a fat kid is hard enough. Growing up in the limelight as a fat kid, worse. At sixteen, she convinces her father to allow her to get surgery so that she no longer has to go through the nasty comments and teasing from others. Fast forward a couple of years and Turner is a beauty, working with Jubilee as a beautician at the morgue with a very interesting side gig. Putting funny subtitles on Porn videos…I love Lani Lynn Vale’s humor. We first meet Turner and Castiel (Cas) in Jubilee and Zee’s story in book six when Cas gives Turner a speeding ticket. Ironic because she’s been behind the wheel in race cars since she was a kid. Thus begins the hate/lust relationship.

Turner is sassy but behind that sass, still lies that insecure fat girl that hasn’t really been in any relationships. Castiel is wary and judges Turner harshly for coming from money after being badly burned by an ex-wife who couldn’t appreciate what she had. But when tragedy strikes Turner, Castiel turns into her protector and the two go from enemies to lovers. While Turner struggles to breathe and deal with her loss, Castiel has to deal with a killer who’s getting too close to home.

Turner’s pain resonated very strongly with me, having dealt with one myself that is very similar to hers not that long ago. I literally bawled while reading this book. It endeared me to Castiel that much more that he could see past his own past experiences and put it aside to help her when she needs it most. Don’t get me wrong. Before this, you can see the spark between them and they both fight those feelings. But when something happens, you tend to learn to let go of the stupid, petty stuff, and that’s exactly their situation.

Filled with humor and tears, this is another book not to be missed in the series.