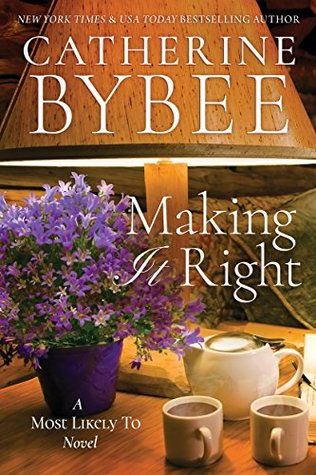 Some kids inherit a family business; Jo Ward inherited a badge. Once voted Most Likely to End Up in Jail, the town wild child has become sheriff—hell-bent on uncovering the truth about her father’s mysterious death. Life is quiet in rustic River Bend, but Jo longs for something beyond her small hometown and the painful memories it holds. All that keeps her sane is the support of her best friends, Melanie and Zoe.

But when Jo signs up for an expert law enforcement training seminar, she meets Gill Clausen, whose haunting eyes and dangerously sexy vibe just may challenge her single-minded focus. Commitment-phobic Jo can’t deny her attraction to the arrogant federal agent, and when odd things start happening around River Bend and danger surrounds her, she realizes she’ll need his help to discover who’s out to remove her from River Bend…permanently.

As Jo and Gill work together, it’s clear they make a great team. But can Jo loosen her grip on the past enough to let love in and reach for the future?

The third and final installment in the Most Likely To series, Making It Right, finally give us the story of Jo, the town sheriff and once known as Most Likely to End up in Jail, in the high school yearbook. While each story is a stand alone, the story develops and grows from the first book, relationships are made, and some secrets of prior characters are revealed. I would highly recommend reading from the first book in the series because this is definitely one of my favorite small town romance’s. Well written, engaging characters, killer plot, and that wonderful small town feels, I was hooked beginning to end.

“I’m going to remember this.”
“When we’re eighty, you can repay the favor.”
She smiled. “I’ll leave your sagging ass hanging out of a hospital gown for everyone to see.”
He faked a frown. “Who says it will be saggy?”
“Everyone’s ass is sagging at eighty.”
“I’m going to rock an eighty year old butt.”

Jo was a wild child growing up, always rebelling against her sheriff father’s rules. When he dies, it turns her world upside down and she turns her life around to the point that she picks up his mantle as sheriff of River Bend. However, she never believed that his death was accidental and has always tried to find the real answer behind it. Deciding that she needs a change of pace, she signs up for a special training. But this training offered more than she bargained for when she meets Gill Clausen. Suddenly, life takes on a whole new meaning as the once closed off Jo slowly sees a future with this sexy, stubborn man.

He tasted like fire and a little bit of sin. When she opened to him, his indecent, open-mouth kisses became the fastest addiction Jo had ever experienced. She held on to his neck, lifted on her toes to kiss him back.
For a libido that sat dormant for years at a time, it sure knew how to fire to life when needed. Everything strained toward this Viking of a man.

The story revolves around Jo and trying to find out what happens to her father and damn if it isn’t so well written that it had me guessing until the end as to what happened and why. All this combined with this wonderful romance between stubborn Jo and equally stubborn Gill, and the wonderful relationship between these three friends that are more like sisters, left me with a feeling that this series would always leave an imprint on me. I just can not get over how wonderfully written the stories are and how much these characters have become a part of me. I loved these three ladies stories and I am so sad to see the end of the series but excited to see what the author will write next. Five stars for an amazing series.

Check out all the books in the series

Tags: Catherine Bybee, Making It Right, Most Likely To