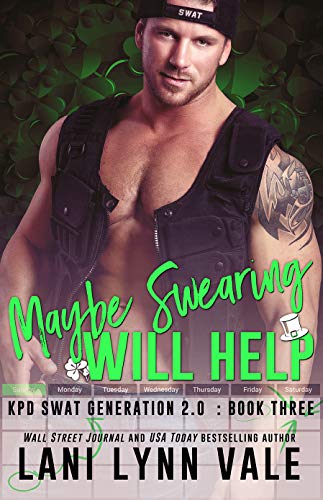 Ford Spurlock has known Ashe Trammel since they were babies.

He’s also done his level best to stay away from her because every time he gets to within five feet of her, they’re fighting like cats and dogs.

Ashe is the apple of her father’s eye. The motorcycle club princess that was never to be harmed in any way—or touched for that matter. And he’s always resented the fact that she could get away with things that he couldn’t. Things that she then blames on him and he always gets punished for.

Fast forward to adulthood, and Ashe is still off limits. Still driving him insane. Still…beautiful.

She never misses an opportunity to give him hell, either.

That has to be why he agrees to do a photoshoot for KPD SWAT that’ll benefit her charity even when he’d rather shoot himself in the foot with his duty weapon.

Honestly, she thought she’d ask him, he’d say no, and that’d be the end of it.

She never realized that she’d leave his photo up in her cubicle, and it’d be the last thing that she saw every night as she locked her office door.

When they were kids, Ford used to be that boy that threw dirt at her and pulled her hair.

Now, he’s the same Ford Spurlock, only a whole lot sexier. And a lot harder to say no to.

When he challenges her to one date, she has no other recourse but to agree.

What she didn’t agree to was falling in love with Mr. March. Or wanting to give him everything she had to give. 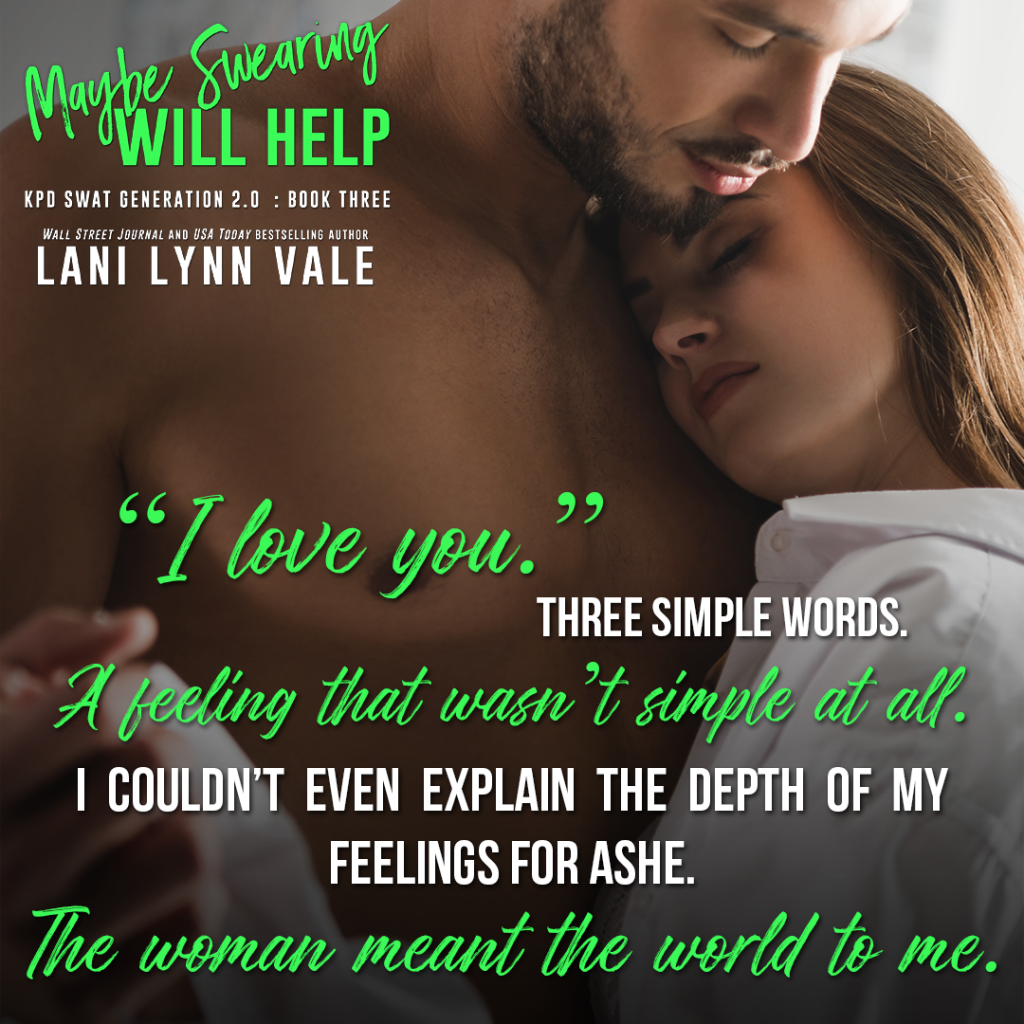 Maybe Swearing Will Help is a frenemies to lovers, laugh out loud read. Seriously, I don’t think I ever stopped laughing reading this. Having read the previous books with their parents own love stories and reading their antics, I have been waiting for this book and I loved everything about it. Deliciously hot, witty banter, protective alphas, and lots of family love is where every LLV book shines and this has it all.

Ashe and Ford have been at odds with one another ever since they were little kids and now as adults, the sniping is underlied with something more. Because even though they’ve always messed with one another, they’ve also always had each other’s back too. No one knows Ashe like Ford does and vice versa.

When a moment of weakness lead to them getting hot and heavy, they agree it’s a one off. But they can deny it all they want, there’s no fighting that they were always meant to be. It is hilarious how their family and friends are not surprised that the two get together. Everyone knew they were inevitable. Well, everyone but Ashe and Ford.

“I don’t know why. Maybe it’s because it’s with you. Maybe because I’ve loved you for a really long fucking time, and just tried to deny it. But I… I want this.”
My heart was pounding in my chest. “You…” My mouth fell open. “You love me?”
He crossed his arms. “I’ve loved you for forever, Ashe,” he drawled. “You were just too busy arguing with me to see it.” Tears started to form in my eyes.
“What the fuck?” I asked. “When did that happen? How?”
His lips twitched. “It happened somewhere between the moment I first saw you and the moment you started making my life a living hell,” he muttered. “I’ve loved you since we were kids. Since I tried to kiss you, and you punched me in the face. Remember that?”
I narrowed my eyes. “Well, you sure kept it a secret. I had no idea.”

This was undeniably another five star read for me. These two prickly characters are hilarious. From the nicknames, Soot for Ashe and Chevy for Ford, to rehashing the torment they put each other thru, I did not want it to end. Honestly, I never want LLV’s books to end and this is just another book where that’s true. An absolute delight.