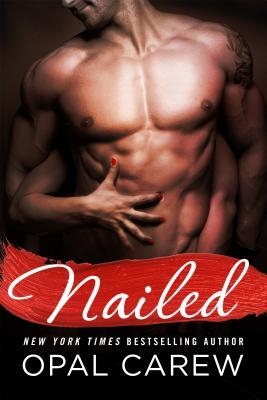 He’s about to take control of her body…and her dream.

When River set up a fundraiser to kick start her nail polish business, she never expected someone to pay five thousand dollars just to have dinner with her. But when she meets her mysterious benefactor, he turns out to be billionaire Kane Winters—the one man from her past who she never wanted to see again.

Kane is determined to right the wrong that happened to River in college—because of him. She’s been an obsession he can’t escape…and Kane wants River more than he’s ever wanted anything. So he offers her a deal she can’t refuse: marry him and her business will be success. But River’s knight in shining armor isn’t looking for a platonic business deal. He wants their marriage to be real…in every way.

*ARC provided from NetGalley in exchange for an honest review*

Kane has never forgiven himself for what happened between them in college. So when he gets the opportunity to see River again and make things right, he won’t let anything stop him. Especially since he’s never really stopped thinking about what they once had. He’ll help her business get off the ground, in exchange for a partnership between the two to try and get closer to her. As much as she doesn’t want to have anything to do with Kane, she is forced to consider his offer after she’s fired from her job. But Kane decides to up the stakes. He wants them to be partners, in business and in the bedroom and stipulates they have to get married. Her heart was broken once. Can River chance her heart once again?

This is where my review might get a little spoilery so if you don’t want to know, stop here. You’ve been advised. I can say that they first part of the book had me hooked but about halfway, I just could not get into it anymore.

The story takes a bit of a turn for me when they get married and with the introduction of another character, Will. River has a love/hate/love relationship with Kane that gave me a little bit of a headache. She also realizes that she is actually attracted to Will, Kane’s best friend, and starts turning to him for friendship when her feelings for Kane become overwhelming. When Kane becomes jealous of Will and walks in on a moment between the two, he becomes an overbearing a**hole and a scene between Kane and River that was way too close to rape occurs. This is where I stopped liking Kane and wondering why the book took a 180. I also hated that River completely changed and just lost that spark that she had and was sort of complacent towards him. They spend the latter half of the book fighting or fucking. I was desperate for it to end.

Then there’s the ending. Suddenly, I’m getting a menage and a polyamorous relationship. What? Where the fuck did you come from? Why are you being introduced so late in the game? If you’re going to give me this aspect in the story, I need more afterwards. More sex, more dialogue, how is the relationship going to work for them? Something! I think, if it hadn’t been for that scene I mentioned before and with an earlier introduction into this relationship, the book could’ve worked for me. But with the inclusion of that scene, I just didn’t like the characters or the story anymore. I really do love Opal’s other books but this was a pass for me.