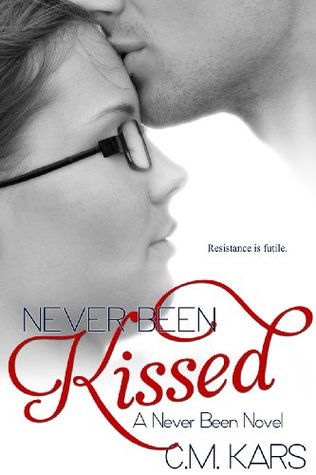 Sera Delos has a secret.

She wishes it were something important or life-altering like owning a key to a blue Police Box that’s home to a time-travelling alien, or that she must hide the secret identity of her alter-ego.

No, Sera’s secret is un-extraordinary. At twenty-five, she’s never been kissed. There just haven’t been many opportunities for the self-proclaimed nerd. There have always been too many shows to watch, too many books to read, and the rest of the time is spent fangirling over Tom Hiddleston.

When the hottie next door and his son need a ride to the hospital, and Sera becomes the only available driver, her life is changed forever. Hunter MacLaine makes Dean Winchester seem like a mediocre-badass, even if he is a diabetic and doesn’t think much of himself.

An old flame, nerdy references and the ups and downs of slowly falling in love with her next door neighbour, Sera’s wondering the obvious. Maybe, just maybe, if all the nerd-gods are smiling down on her, Sera Delos might have just found the man who her first kiss belongs to.

“I don’t just wear the nerdy shirts and shoes. I have nerdy blood, and a nerdy heart.”

It hurts me to review this book. How could I not love a character that says something like that? It’s something I would say! I loved our geeky heroine Sera. Her quirkiness, plethora of geek know-how and love of it made her a character that I really liked and could connect to. Little Matty was also a joy to read about. A total sweetie who deserved to be loved and coddled. It doesn’t take Sera very long at all to fall in love with him and it didn’t take me long either.

Then there’s the bad. Hunter annoyed the hell out of me. I don’t remember the last time I read a character that had so many bipolar issues. It was like whiplash. He was an ass for a good portion of the book and I don’t think he deserved Sera and Matty. He also had way too many issues. I understand having Diabetes is horrible. It’s your own body working against you but the entire book turned into a “feel sorry for me because I have this shitty disease” rant that aggravated me. He had some redeeming qualities and then, he ruined it in one sentence. One sentence and my entire view of him changed. I swear, I wanted to slap him. By the end, those words kept playing in my head and any love for him was thrown out the window.

My biggest problem though, was the lack of editing. Soooo many words either missing or misspelled. Holy moly. I could believe how bad it was. Then there are the plot holes. The entire book became all about Hunter when Sera is also dealing with issues that were forgotten. She’s been belittled for her weight all her life and yet, it’s never brought up in conversation with Hunter as to why she has insecurities. Her family has made her into the character that she is but nothing happens with this part of the story. There’s also the fact that her job is mentioned as something she doesn’t like to do and that she should change and do something else and it fizzles. I finished the book going “but what happened with…” and that’s never a good thing.

I just wish the writer had an editor or even beta readers that could have caught this and brought them up. Maybe it’s just the bad part of being an editor that had me cringing so much. It physically hurts me to see the errors.
This book had so much good but it is weighed down by the equal amounts of the bad. It was so hard to review this when I liked the heroine so much. She’s a fellow geek and I loved that about her. She has such a big heart and she should have been the star of the book but she’s overshadowed by Hunter.

Would I buy this author’s books again? I totally would. There’s a HUGE amount of potential for this to be a five star read. I loved the author’s voice, I loved the heroine and I loved Matty. The levity of the story was heavily weighed down by Hunter’s darkness and just needs a little more balancing.