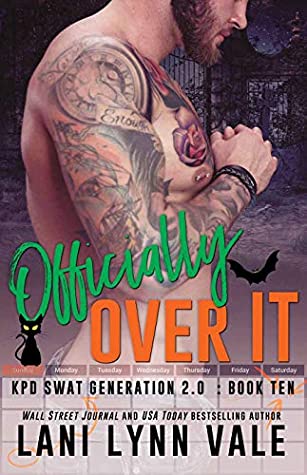 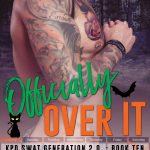 Going from a professional baseball player to a SWAT officer should’ve been seamless. Should have been.

All it took was one single calendar shoot for word to spread that Nathan Cox was not only no longer playing professional baseball, but he was also the man behind saving the life of Reggie Morton, the City of Kilgore’s princess. *** Reggie didn’t know that by agreeing to provide the expertise and the know-how for the Police Officer’s Ball that she would be required to actually attend the function.

What she also didn’t expect was needing to be saved—again—by the same man that had saved her life a year ago when she hosted her debut event.

This time in a not-nearly-as-spectacular way. The moment she falls into his arms like a modern-day Cinderella and takes him in in all his three-piece suited glory, she realizes that she’s been fighting the impossible.

Officially Over It is the tenth book in the SWAT Generation 2.0 series and, as usual with every LLV book, another absolute winner of a read.

“When I said I was normal, I might’ve exaggerated slightly.”

Like many of the SWAT kids, Reggie and Nathan grew up with one another, always competing and driving each other insane, the best of frenemies. But there is a thin line between love and hate, and while they can’t help but snipe at each other, the heat between them simmers below the surface. So when Nathan needs saving from his psycho ex-girlfriend, Reggie steps up to save him.

Reggie has been in love with Nathan forever and has always been there for him. She’s fierce and protective and his greatest champion. Nathan is an overprotective alpha and has always had feelings for Reggie. When these two finally give a relationship a chance, super swoon. Everything that they go thru, all the drama that ensues throughout the book had me flipping pages to find out what happens. Their connection is so intense and I spent a good part of the book just going “OMG!”. I absolutely loved every page of this book, hardcore.