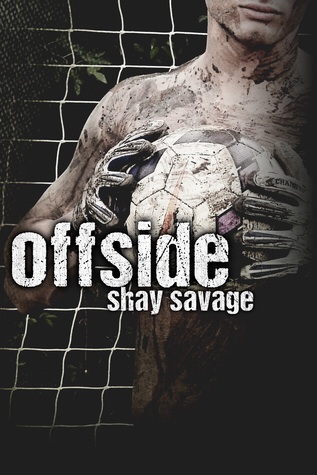 I have to be the best. I am the best. I’m quick. I’m strong. I’m smart. I’m the star keeper of my high school soccer team, and I’ve got major leagues scouting me. As their captain, my teammates will do anything I say – on or off the field. Girls practically beg to be added to my list of conquests. As long as I manage to go pro for the best team in the world, I won’t have to worry about my father’s wrath.

I’m Thomas Malone, and I’ve seen to it that the world revolves around me.

There’s a new girl at school, and it’s just a matter of time before she gives in to my charm. This one’s just a little more stubborn than most – she won’t even tell me her name! She’s smart, too. Maybe too smart. I can’t let her in. I can’t let anybody in. I’m not too worried, but even I have to admit she’s interfering with my focus on the goal.
Dad’s not going to be happy about that.

Did I mention I love Shakespeare? Yeah, I know. I’m a walking contradiction. According to the Bard, "Some are born great, some achieve greatness, and some have greatness thrust upon them.” Somehow, I got all three.

Now how is anyone supposed to live up to that?

I’ve said it before and I’ll say it again, every word that Shay Savage writes is golden. Don’t ever pick up one of her books and say “I’m just going to read a chapter and then go to bed” because it will be 1am with a full work day looming ahead and you will not stop until you are done. Thomas grabbed me and said “Nuh uh baby, let’s finish.” Whatever you say Thomas. God, I love these characters. Thank you for another sleepless night.

Offside is one of my favorite books I’ve read this year and as I’m writing this, I’m going back to look at all the lovely highlights I’ve made. I have a sudden desire to pick up A Midsummer Nights Dream and Hamlet and read them again. I laughed, I cried (I sound like I’m doing a movie promo but it’s all true), I was tempted to smack Thomas upside the head for his cockiness and at the same time, strip him. Haha. Shay is one of the VERY few authors that I can read a male POV through an entire book and love every second of it. She’s a phenomenal writer. Now, on to why I love the book so.

Thomas is a soccer star for his high school who has everything any guy could want. Rich, sexy, a doting father who encourages his soccer dreams, and girls falling at his feet. What more could a guy ask? However, beneath that golden wrapper there lies something more. A bit of tarnish that makes this perfect little picture maybe not so perfect. Thomas harbors deep secrets and he’s never let anyone past his defenses. Until the day he meets Nicole, a new transfer student, and the daughter of the town Sheriff who won’t take any of his shit.

“I wanted to know her.
I wanted her to know me.
Not the jerk at school.
Not the guy in the tux.
Not the goalie on the field.
Just me.
But I didn’t know who that was.”

There’s something about Nicole that makes him feel again. He opens up to her in ways he never thought he could and she, in turn, does the same. Two wounded hearts that give each other a chance. What begins as pretending to be going out turns into a strong relationship and I adored every second of it.

“I love you. Since you first touched me…I just didn’t know…what it was. You showed me.”

Even his relationship with her father, Greg, turns into a “bromance” as Nicole says. Ha. Loved that scene. They were like two kids misbehaving. From Thomas little OCD trip in locker land to the very hot sex scenes, I wouldn’t change a word in this book. Thank you Shay for another BBF.