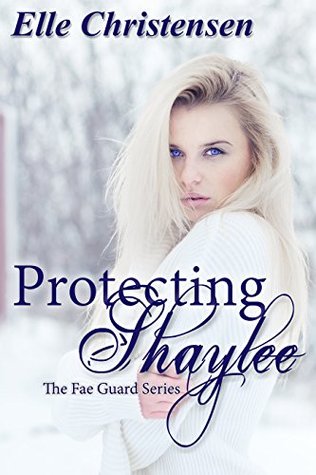 When she was a child, I was tasked with her protection.
As a girl, I became her friend.
As a woman, I could no longer see the child I knew and was forced to fight a growing attraction.
Unable to lie and unable to tell the truth, I left.
Now I’ve returned to give the knowledge I couldn’t before, that she is half Fae.
The darkness is stalking her and I am desperate to teach her what she needs to know to protect herself.
And determined to make her mine.

**Received an ARC in exchange for an honest review**

Shaylee grew up to stories of the fae folk told to her by her father but when he passes away, some of her childhood innocence is taken with that, as well as her love of the stories. On her 21st birthday, she finds out that the stories she’s been told all her life was to prepare her for a world she never knew existed. The fae world is real and she is one of them. Half fae, half human, she is taken to the fae world to learn magic by Aden, the man she’s been in love with for many years but she hasn’t seen since her 18th birthday when things got hot and heavy between them and he ran, breaking her heart.

Aden has looked after Shaylee since she was a little girl and as she grew up, he stopped seeing the little girl and began seeing the beautiful woman that she is. On her 18th birthday, he can’t control the feelings that have stirred up inside him and they kiss, which quickly explode into more. However, he is supposed to be her protector only and he makes the decision to leave.

Aden now has to fight to win back her trust and love while introducing her to magic and protect her from a darkness that threatens them both.

The story, filled with magic, a sexy protector, and steamy sex scenes (and plenty of them) left me wanting just a bit more than I got. I loved Shaylee learning to protect herself and gaining powers. I thought Aden was sexy as hell and those scenes were very hot, I just thought that it was a little much at times. Argue, sex, argue, kiss to shut her up. The suspense had a lot of potential and good build up as she learns all about these powers she has but the suspense sort of wraps up in a few pages in the end, and I was a little disappointed.

All in all, I did like it and would continue the series. I just wanted a little more.

Check Out the Other Books in the Series