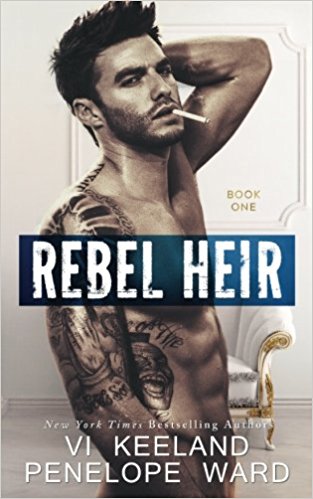 How to kick off a great summer in the Hamptons:

Snag a gorgeous rental on the beach. Check.

Get a job at a trendy summer haunt. Check.

How to screw up a great summer in the Hamptons:

Fall for the one guy with a dark leather jacket, scruff on his face, and intense eyes that doesn’t fit in with the rest of the tony looking crowd. A guy you can’t have when you’ll be leaving at the end of the season.

I should add—especially when the guy is your sexy, tattooed God of a boss.

Especially when he not only owns your place of employment but inherited half of the town.

Especially when he’s mean to you.

Or so I thought.

Until one night when he demanded I get in his car so he could drive me home because he didn’t want me walking in the dark.

That was sort of how it all started with Rush.

And then little by little, some of the walls of this hardass man started to come down.

I never expected that the two of us, seemingly opposites from the outside, would grow so close.

I wasn't supposed to fall for the rebel heir, especially when he made it clear he didn’t want to cross the line with me.

All good things must come to an end, right?

Except our ending was one I didn’t see coming.

Rebel Heir is the first book in a duet by Vi Keeland and Penelope Ward, two of my favorite authors. When these two team up, only magiccan occur. I honestly couldn’t put it down once I started. Rush and Gia are electric and entertaining.Gia is an aspiring romance author who is in a bit of a writing funk. Filling in for a friend at her bartending job while she waits for inspiration to hit, she unknowingly hits it off with her boss and ends up working as a hostess. Rush isn’t entirely sure what it is about Gia that attracts him so, but ends up hiring her to work for him. She might be a horrible bartender, but she rocks as a hostess. Her spunk keeps him on his toes and it’s fun to read her quips and comebacks to his every remark. She goes toe to toe with Rush and he can’t help but admire her. Her being an absolute bombshell doesn’t hurt either.“I’m not afraid of you, Rush.”“You should be.”“Why?”“Because I want to do really bad things to you right now.”Gia is just a ball of sass around Rush, driving him a little insane. He has a strict rule about not getting involved with employees but Giais all types of tempting and she is not afraid to show that she wants him just as much and is determined to torture him. He puts up allkinds of resistance but in the end, she’s fighting for him hard and, hey, who is he to refuse?As their relationship develops into more, the couple is in a for a tailspin that nearly ends their happily ever after before it evenreally begins. While they work some things out, we are left with me doing grabby hands for the next book after getting a cliffhanger andneeding more Rush and Gia.I’m not going to lie. I saw that cliffhanger coming a mile away. I did not, however, figure on that twist to the story that almost stoppedthem before they got started. Left my mouth gaping like a fish out of water and swearing, thinking that this was going to be the one timethe romance may not have a typical HEA. Like, OMG, shut up (wow, I apologize for the valley girl moment). Waiting a month for the nextbook may very well kill me. As always, the characters are likable, the plot is engrossing from the get go and I’m sitting here going how do Iget my very own Rush, the sweet but dirty bad boy. He’s the perfect combo. I want the next book please!!