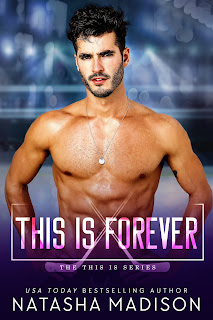 Becoming a teen mom at eighteen was not what I expected, but then again, neither was being a single parent. Still, I wouldn’t change my past because that boy is my world.

Hockey is the only thing my son seems to care about, so I work two jobs to make sure he can play. I’d do anything to make sure he doesn’t suffer because of the bad decisions his father made.
When he won a whole summer of hockey training, I knew in my heart he was going to have an amazing time.
What I wasn’t prepared for was meeting his new summer coach.
He was magnetic, powerful, and a player—in all forms of the word.
If my life had taught me anything up to this point, it was how to avoid making bad decisions, and Justin Stone was the definition of a bad decision.
I could never be a woman his family approved of. Even if I wished I could be.
Justin
Growing up as the son of a hockey God is one thing. Growing up as the brother of a second hockey God is another. I had big skates to fill, so it was a good thing I loved every second of it.
Summer was my off time, my time to let loose, but when they ask me to coach a hockey camp for underprivileged kids, I couldn’t say no.
But when she walked in holding a little boy’s hand, my heart stopped beating. Or maybe it started for the first time.
They were a package deal, and I knew this—wanted it more than I’ve ever wanted anything. It didn’t take long to realize that no matter what happened,
I would do anything to protect them.
She is the only one I want to be with.
When push comes to shove, I have to prove to everyone that this is my choice, and This is Forever.
Get Your Copy Now!
Amazon | Nook | Apple | Kobo 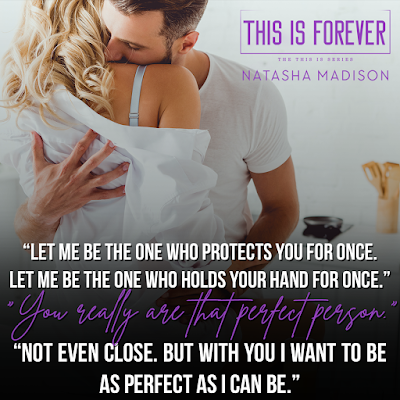 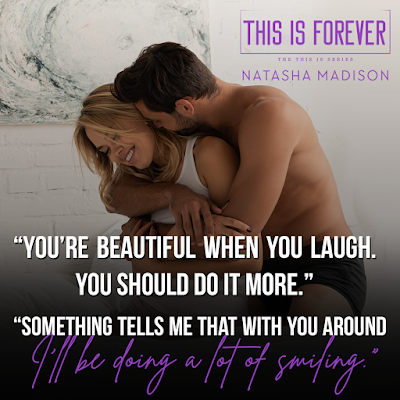 When her nose isn’t buried in a book, or her fingers flying across a keyboard writing, she’s in the kitchen creating gourmet meals. You can find her, in four inch heels no less, in the car chauffeuring kids, or possibly with her husband scheduling his business trips. It’s a good thing her characters do what she says, because even her Labrador doesn’t listen to her…
Stalk Natasha Madison Here:
Facebook| Twitter | Instagram | Facebook Reader Group
Follow on Amazon | Follow on BookBub | Subscribe to Newsletter