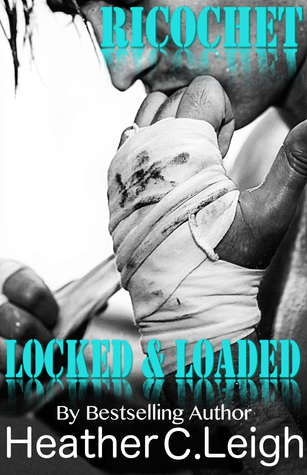 Rick "Ricochet" Brennan served eight years as an elite Marine special ops Force Recon soldier. After an injury, and the terrible memories from that night, he retires and goes to work for his former Command Officer, Howard "Mack" McEvoy, at his training center in Atlanta.Sanctum MMA appears on the surface to be a normal gym, training elite fighters to be the best. Except each trainer, hand-picked by Mack, possesses a special background that allows Mack to run one of the best-kept secrets in the country.When twenty-four year old Quinn Wallace finally escapes her abusive husband, she turns to her father’s old Marine Corps buddy, Mack, for help. Broken and skittish, Quinn finds herself surrounded by large, intimidating men— men who could easily overpower her. She avoids them the best she can, but when Rick turns out to be more than just a rough fighter with bruised knuckles, she finds herself wondering if she can allow herself to trust again.Ricochet is a full-length novel to be released as three parts.***This book contains hot sweaty men, sexy scenes for those over 18, and uncomfortable, sometimes violent scenes.***

“Being the cause if Quinn smiles became his new fix. One he didn’t think he could go long without. Like an addict, he knew he would crave it, do anything to make it happen.”

Ricochet: Locked & Loaded is the first of a three part serial by Heather C. Leigh which tells the story of Rick, a former marine turned fighter and Quinn, who has run away from an abusive marriage. Book one and two end with cliffhangers and the series must be read in order. Book one gives us some of the background between these two and introduces us to many former marines that I’m sincerely hoping will get their own books as well.

Rick works at Sanctum, an MMA Gym run by Mack who also runs a special ops group, when he meets their new receptionist, Quinn. Rick is instantly attracted to her and while she might feel the same, she is very wary of allowing anyone to get too close. That’s because she’s already on the run from a husband who repeatedly abused her until she was able to finally escape and went to Mack, her dad’s best friend and former buddy in the Marines for a job. The book, while short and ending with a cliffhanger, was good. I finished this one and immediately picked up the next. I thought the characters have gone through a lot and you feel a lot of sympathy towards Quinn due to her past. The writing was good and the characters were likable.