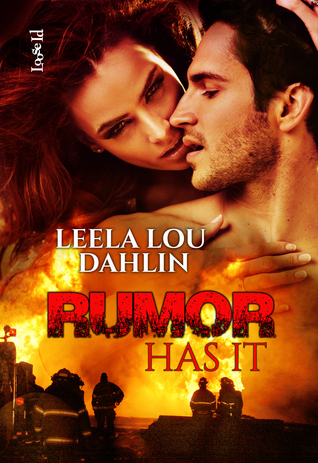 Raina Gibson is an event organizer who’s planned a family of her own ever since her mother passed away. The idea was to be married by age twenty-six, and have two children by thirty. She’d had everything in place, but one thing kept getting in her way: her best friend Liam Prescott. She’s attracted to his sexy confidence and intrigued by his daring spontaneity. Rumor has it this committed bachelor is phenomenal between the sheets, and since she’s never known anything but ordinary she figures that has to be the draw. So she decides there’s only one thing to do: get him into her bed and out of her system then get herself back on track.Liam’s a Lieutenant Fire Chief who’s never forgotten what it feels like to have the most important woman in his life walk away without looking back. But there’s still something about Raina that makes him want to keep her close and protect her. So when Raina propositions him he’s torn. They’re thrown together for the Annual Fire Ball and the more he has her the more he wants.“Out of their systems” isn’t working out as planned. So they’ll have to decide whether to keep the fire between them burning or hose down these new behaviors and go back to what’s always worked for them.

Rumor Has It is a friends to lovers book that I absolutely loved. Raina’s goal was to be married by the age of 26 but the love/lust that she has for her best friend holds her back. Liam is damaged and refuses to get close to a woman for more than a night. What we get is a book with great writing and pacing from beginning to end. Ms. Dahlin is a fantastic author and it really shows. Romance, hot sex, sexy firefighters and plot twists made this a “I’m not sleeping tonight” book. I’m also really hoping we get to see a story with fellow firefighter Ethan because he started stealing my heart too.

“He watched her face, fascinated at how easily she responded to him and maybe a bit worried that she held more of his heart than he suspected.”

Oh to have a sexy best friend like Lieutenant Fire Chief, Liam Prescott. For the last four years they have been best friends but Raina Gibson has been harboring deeper feelings for him for some time. Who wouldn’t? Sexy, confident, sweet, protective and, according to every woman he’s ever slept with, well worth the one night stand. So what’s a girl to do to show that their friendship can withstand one night to show her she isn’t the frigid woman she believes herself to be?

“She was laid out before him like an all-you-can-eat buffet, and there was so much he wanted to taste and savor he could hardly decide.”

Liam has never let himself get very close to another woman since his mother walked out on him as a kid without a backward glance. The only woman he’s ever allowed himself to get close to is Raina and while he’s always been attracted to her, he refuses to change their relationship. Until the day she makes an offer he can’t refuse. The problem is that one night is just not enough for either one of them. So when their friendship is tested and feelings start changing into much more, will they ever be the same? Do yourself a favor and pick this up.

Tags: Friends to Lovers, Leela Lou Dahlin, Rumor Has It