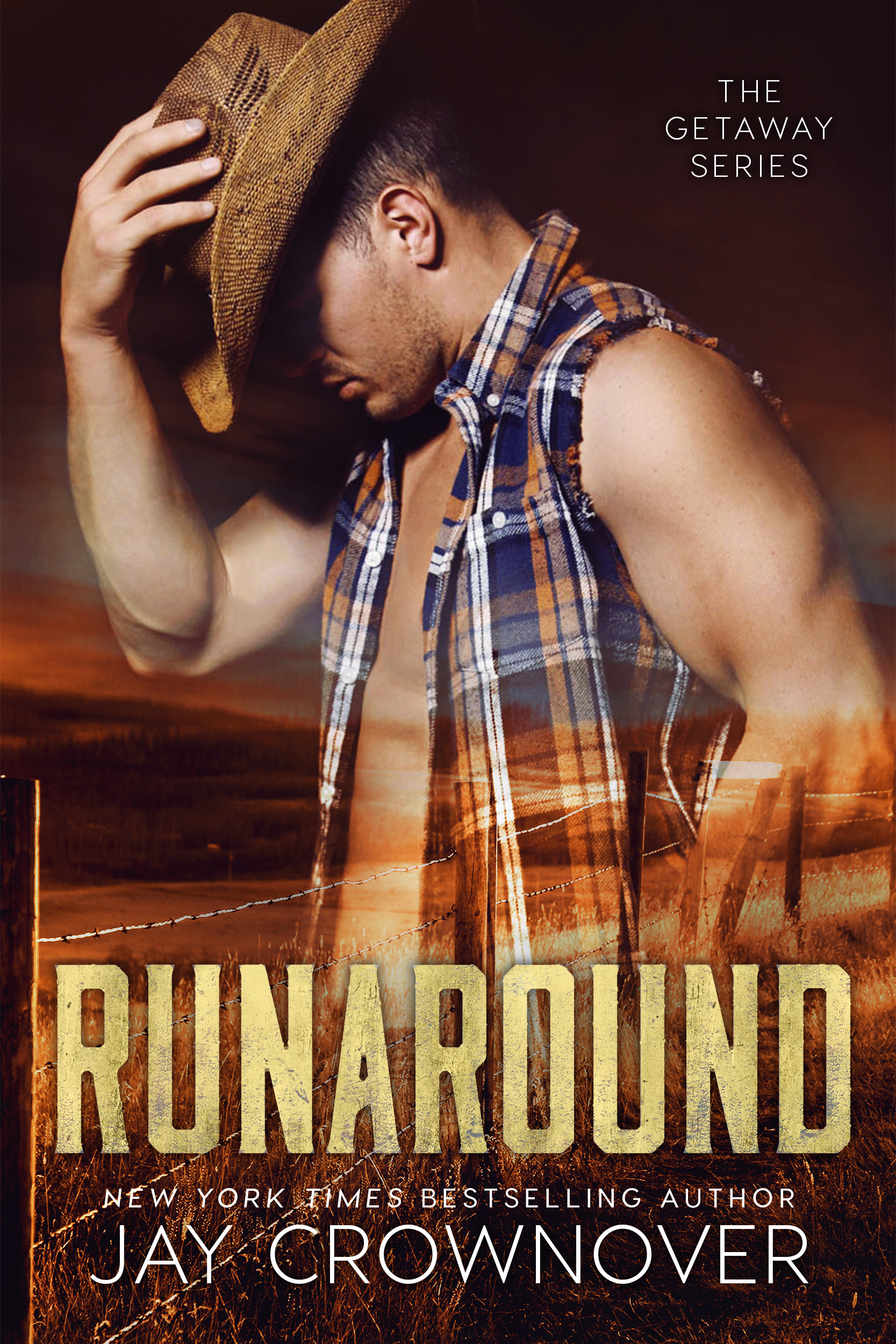 Can two people perpetually moving in opposite directions ever end up in the same place? Or will love just keep giving them the runaround?

Webb Bryant is intimately acquainted with every type of trouble there is. Trouble is all he’s ever known and the only constant in his life.
Webb’s a man constantly on the move. He’s a drifter. A wanderer. He bolts from one bad choice to the next, never able to put enough distance between himself and the ghosts from his past. He lives hard and fast, until everything comes to a screeching halt the moment he lays eyes on Tennyson McKenna. The stunning woman appeared out of nowhere to save the day, and Webb’s been unable to forget her. The leggy, blonde forest ranger might very well be the one person in the world important enough to finally keep him in one place. Only, Ten isn’t impressed by Webb’s knack for finding trouble. And no matter how hard he tries to shake it, he can’t escape his bad habit of falling into the deep end of questionable decisions. When his newest brush with trouble gets Webb in way over his head, Ten jumps after him into the dangerous waters. It’s possible they’re going to sink so fast they both might drown.

Tennyson McKenna makes it a point to be diligently cautious in all aspects of her life. She learned the hard way that leading with your heart instead of your head gets you nowhere.

Ten’s a woman stuck in a frustrating rut. After a string of failed relationships lands her back home, a pit stop to mend her broken heart becomes a hole she’s lost the will to dig herself out of. Coasting through her days was easy until Webb Bryant crash-landed in her path, complete with bullets, blood, and a grin far too charming for his own good. Webb is anything but safe and predictable. He’s everything Ten swore she would never gamble on again, but it’s impossible to ignore the way trouble follows him around like a shadow. And every single time Ten pushes Webb away, she finds herself chasing after him before he’s gone for good. When Webb’s past finally catches up to him, Ten has to decide if she’s brave enough to put her heart on the line for a man who might be gone tomorrow.

*ARC provided by InkSlinger in exchange for an honest review.*

Runaround is the fourth book in the Getaway series by Jay Crownover. If you haven’t read the other books in the series, I would say read them before getting into Webb and Ten’s story as the others have some back story that this book assumes you know. It actually establishes a sort of relationship between Webb and Ten as well. I had only read the first book in the series myself and ended up having to go back to the other two because I didn’t realize this and had no idea what was going on when I started reading.

The book starts with Webb having been arrested during Cyrus and Leo’s wedding which actually happens in the prior book. They believe he’s committed a series of robberies because they have him on video as well as his DNA being found at crime scenes. But when Ten is able to provide an alibi to one of the crimes, they have to find a way to clear him from the other robberies and figure out who is impersonating him. Webb also has to prove that while bad luck seems to follow him wherever he goes, Ten might be the one to finally make the drifter desire a home and change his luck.

“You might not need the song and dance, Ten, but you deserve both. And you’re out of your damn mind if you think I’ve ever told another woman she means something to me. I’ve never stayed in one place long enough for anyone to have time to matter. For you, I not only stayed, but I also let myself wonder what would happen if I never left. I want to give you the pretty words, because they’re yours and yours alone.”

Ten is a character who has been burned by relationships before. Having been in love with one man who didn’t reciprocate those feelings, and ending an engagement with another when she realizes he’s not the person she thought he was, she’s wary of falling for Webb’s charm. The prior books made me think that Ten was a harder character, while Webb almost felt like a shyster, doing what he needs to do to survive but this book changed how I viewed them. Ten is certainly a tough nut to crack, but she has a definite soft side, a vulnerability to her, and it made her more real. I loved Ten! She opens herself to having those feelings for Webb and there is a bit of song and dance but they gravitate toward each other because they can’t help it. Webb is a charmer, but he’s sincere in his feelings. He’s not playing games when it comes to her.

“Until you came along, I had no clue what it was like to feel . . . necessary. I’ve never been with anyone or had someone in my life who makes me feel like they need me to survive the way you do. Not just a warm body to be used for a quick release, but me. No one gave me the words you have, Webb. You come out on top each and every time.”

This book had everything I want in a romance and more. I loved the suspense, the mystery of who was framing him, the family dynamic between his brother and himself, I turned every page with enthusiasm to find out how their story was going to play. And that epilogue! Please tell me we are getting Wyatt’s story because I don’t think I can survive without it. Five star read!

“We’re going to have a beautiful life together. Every day, even when it storms, we’re going to wait it out because we both know the sun’s bound to show up again. There isn’t anyone I’d rather run through the rain with than you.”