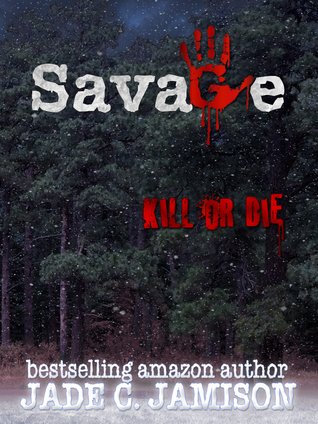 Kill or DieNina Hardwick has had a rough life since leaving high school, but inside she is still the girl looking for a silver lining. The past several years have left their toll on her psyche, and just as she feels like she’s climbing out of a deep abyss, her life and the lives of millions of others fall into shambles as a virus overtakes the country and leaves a plague of undead armies scouring the land.In a desperate attempt to get away from the infected, Nina and some neighbors speed out of town, nearly killing a man on a motorcycle. When they stop to rescue him, Nina realizes that he is the one man from her past she never got over, the guy who should have been her high school sweetheart until she messed it up. But this unrequited love, Kevin Savage, says he doesn’t even remember her. Or does he?Nina, Kevin, and her neighbors head to the wilderness and fight to survive not only the plague but also hunger, cold, their inner demons…and even each other. Will they survive and, more importantly, will her heart?

“My name is Nina Hardwick. My senior year in high school, I hesitated at what was a major fork in the road, and that decision changed the entire course of my life.”

Savage by Jade Jamison, while a zombie filled ride, is really a story about a second chance at love. Many of the chapters flip back and forth from Nina’s past and present, showing how her life unfolds and how she always remembered the one that got away, Kevin Savage. The author tells the story of Nina’s Hardwick, a woman who is verging on depression and suffering from empty nest syndrome. Her two children have both left for college and her husband having died a few years prior, she was all alone in her sleepy little town. Life changes when the world goes to shit and news comes out that a disease is changing individuals to become flesh eating zombies. A frantic call from her aunt has her trying to get out of her town but one attack by a zombie diseased neighbor has her trying to get help from her next door neighbors, Larry and Vera, to reach her aunt. Fleeing zombies, Larry hits someone on a motorcycle trying to get away and to her surprise, it happens to be Kevin, who she hasn’t seen in many years. They finally reach her aunt’s cabin in the woods where they get stranded for much of the book. At this point, it’s just really building character relationship and not much action or zombie slaying which I was kind of hoping for just a bit more than I was actually given in the book. She starts to form a bond with Kevin and a lot of her thoughts are really focused on what could have been and her obsession of that one moment where life could have veered. To me, it was really almost an obsession with Kevin because you start to realize that she loved him but they were never really together. It’s as if she knew she had met her soul mate and has been waiting for him all this time having met in high school and now both older with grown children, it’s a very long period of time to be that obsessed. Being trapped in the cabin, winter upon them, survival of the utmost importantance, you begin to wonder who is really the monster. This is where the story gets really good and this is where you need to read for yourself what happens. The ending is left with a possibility of their being a sequel and I would definitely read it if there is another book.

“You can’t just stand there and do nothing. They’ll kill you, Nina. It’s you or them. Kill or die, Nina Davis.” His jaw rippled before he repeated each word with force. “Kill or die.”