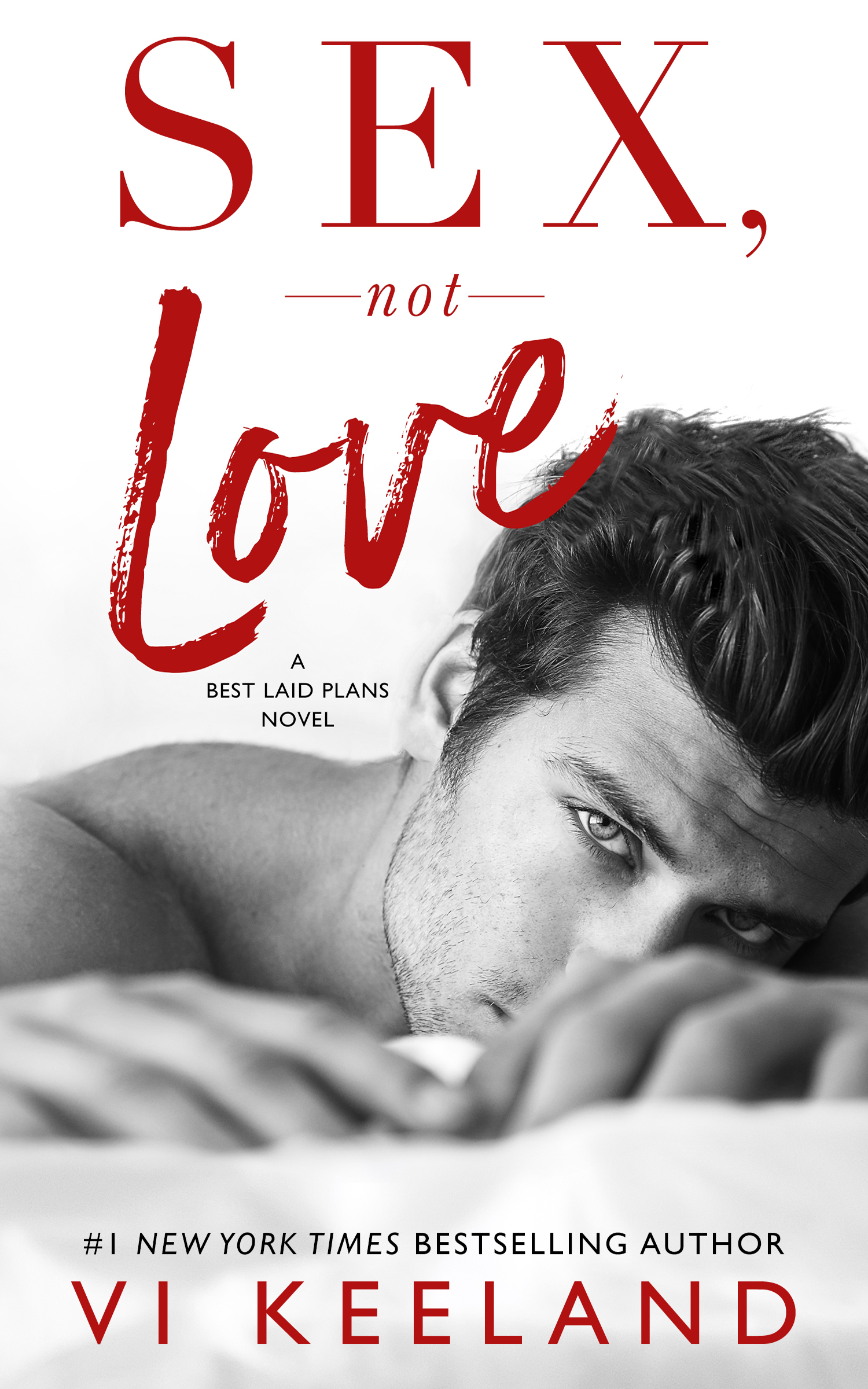 We met at a wedding—him sitting on the groom’s side, me sitting on the bride’s. Stealing glances at each other throughout the night, there was no denying an intense, mutual attraction.

I caught the bouquet; he caught the garter. Hunter held me tightly while we danced and suggested we explore the chemistry sparking between us. His blunt, dirty mouth should’ve turned me off. But for some crazy reason, it had the opposite effect on me.

We ended up back in my hotel room. The next morning, I headed home to New York leaving him behind in California with the wrong number.

I thought about him often, but after my last relationship, I’d sworn off of charming, cocky, gorgeous-as-sin men. A year later, Hunter and I met again at the birth of our friends’ baby. Our attraction hadn't dulled one bit. After a whirlwind trip, he demanded a real phone number this time. So I left him with my mother’s—she could scare away any man with her talks of babies and marriage—and flew back home.

I’d thought it was funny, until the following week when he rang the bell at Mom’s house for Sunday night dinner. The crazy, gorgeous man had won over my mother and taken an eight-week assignment in my city. He proposed we spend that time screwing each other out of our systems.

Eight weeks of mind-blowing sex with no strings attached? What did I have to lose?

Nothing, I thought.
It’s just sex, not love.
But you know what they say about the best laid plans…

*Received an ARC from the author in exchange for an honest review.*

Sex, Not Love is the newest Rom-Com stand alone novel by Vi Keeland and officially on my my favorite reads of 2018.

Hunter brought me coffee. “Thank you.” As he handed it to me, my eyes did an involuntary sweep of his chest. It would have been fast and harmless, had the jackass not watched me do it. God, the man didn’t miss a beat. He quirked a brow and smirked.
“Shut up. Go put some clothes on if you don’t want me to look.”
“I never said I didn’t want you to look.”
“What are you, a peacock? Walking around fanning your tail feathers, trying to attract a female?”
“That’s not a bad idea. Let me show you my tail.”

Cocky Hunter DeLucia, best man for his best friend has his eye on the lovely bridesmaid who just so happens to be best friend’s of the bride. But no matter how charming Hunter is, Natalia is too smart to fall for his ways, no matter how tempting he may be. Even to the extent of giving him the wrong number, twice! Nat is wary of falling for that sexy grin just to be another notch on his belt. She’s been burned badly enough by an ex-husband who lied and stealed, all under her nose. But his persistent ways and charming smile invite her to let go and take a chance on a wild ride. Hunter is only in New York temporarily and wants a no strings attached hook up. No falling in love, and no regrets.
Those best laid plans are tested when Natalia realizes that despite herself, she’s fallen hard for him, and his feelings for her seem to be the same. But when their time is almost up, she realizes that Hunter is hiding something and pushing away from any chance for a relationship between the two. Prepare for a tear jerker, ladies. This one ripped a hole in me.

“You scare the crap out of me, Hunter. But I can’t seem to walk away.”
He held my gaze. “It’s not an adventure without a little fear.”

Told in Dual POV of both characters, the story flips back and forth into the past and gives glimpses of Hunter that shapes who he is and why he steers clear of falling in love. I’m usually not a fan of the past views of characters, but this worked for me and it was much better to see what had happened to Hunter and his family, than just to be told what happened and led to a bigger impression on me as the reader. I never felt lost as to who was talking and when events were taking place and as the story progresses, I fell harder for Hunter and understood his pain more, which made my reaction to what happened even stronger.
I’m deliberately being vague because I don’t want my review to spoil something that makes such a big impact on the characters. All I can say is it touched me greatly and I think the author did a phenomenal job of portraying something so painful. It’s something many of us have had to face and may be scared of, so I sympathized a lot. And what happens to his family, just hit me that much harder.
Wonderfully written, and fans of Vi Keeland will not be disappointed.

“Hello?”
“Morning, sweet pea.” His voice was extra gravelly through the intercom. My nipples perked up. I looked down, and spoke to them. “What am I going to do with you guys? Haven’t we talked about this? You get your hopes up too fast, and then you’re sorely disappointed.”